Clear Lake Wineries, a Toronto-based wine exporter, had seen its sales to China rise steadily – until the arrest of Huawei executive Meng Wanzhou in December.

Orders suddenly dwindled, especially from larger, high-profile restaurant and hotel accounts. Clear Lake’s agent on the ground told company president Mary Whittle that some buyers were reluctant to have Canadian products on their wine lists while tensions were high, for fear of offending customers. “Everyone was trying to understand the implications of this to their business, ourselves included,” Ms. Whittle says.

Yet, despite the uncertainty around the Canada-China trade relationship, Clear Lake Wineries and many other small businesses that have been counting on exports to China to drive their growth are staying the course. The huge, fast-growing market is just too tantalizing to ignore – and at any rate, China is firmly fixed at the core of many companies’ business models.

China halted imports of Canadian canola seed last month, an action that many observers believe is a form of retaliation for Ms. Meng’s arrest in Vancouver on a U.S. extradition request. Chinese-based importers of other Canadian agricultural products have also faced roadblocks that many believe are ultimately politically motivated. But that hasn’t led to an exodus of Canadian companies from the market.

“I haven’t seen anyone drop out of China,” says Allison Boulton, principal of Aslin Canada Trading, a Vancouver-based export consulting firm. She has, however, heard from at least one company that has seen sales fall off enough to scale back its activities there. Countless other entrepreneurs are simply nervous.

There’s just cause for trepidation, Ms. Boulton says. Chinese consumers often take cues from the country’s leadership about how to behave toward certain countries and their goods. In one high-profile example, parka retailer Canada Goose delayed the opening of its Beijing store last December as Chinese social-media users planned anti-Canada protests. Ms. Boulton says smaller Canadian companies doing business in China are mindful of the backlash.

In Ms. Whittle’s case, her agent and marketing partners on the ground in China reassured her that the sales slowdown would be short-lived. Sure enough, the flow of wine orders regained strength in March.

She says the experience hasn’t put her off doing business in China. It takes time to establish a product in a new country, she says; an exporter shouldn’t just cut and run at the first sign of a trade dispute. “You have to be committed to the market.”

Some business owners say they’re happy to simply tune out the noise and proceed with their China strategy as planned. “Our orders have not slowed down at all. Things are going great, and these [political issues] will work themselves out,” says Nicholas Reichenbach, founder and chief executive of Flow, a company that sells spring water from Ontario’s Bruce County.

Flow’s distinctive Tetra Paks started appearing in stores in China last May. Since then, sales have gone well, thanks in part to a perception among Chinese consumers that water from Canada must be safe and of high quality.

Other businesses, by their very nature, have no choice but to proceed as if Canada-China trade is going to continue as before. Spot prawn season opens May 9, and British Columbia’s coastal shrimp fisheries are already abuzz with their usual April activities: fishers readying their boats, ordering bait and getting their licences in order.

The vast majority of the tender, juicy crustaceans harvested from Canadian waters are frozen and exported to Asia. British Columbia exported $257-million worth of wild-caught seafood to China by wholesale value in 2017. Regarding the spot prawn harvest, processors and exporters have been pivoting away from Japan and toward China over the past decade, explains Brad Mirau, president and CEO of processor Aero Trading.

Aero, which has plants in Vancouver and Port Edward, B.C., expects to sell at least 60 per cent of its spot prawns to China this spring. “Some of my competitors ship 100 per cent of their product to China,” Mr. Mirau says, “[but] I’m a real believer in not putting all your eggs in one basket.”

That’s a wise approach to developing export markets, Ms. Boulton says. Businesses that are worried about China tensions will sleep better at night – and manage their growth more smoothly – if they have a pan-Asia strategy as opposed to a strictly China-based one.

“One of the reasons you start exporting is you shouldn’t be too dependent on one client or one market on your balance sheet,” she says. “Exporting should be a way of reducing risk.”

Still, she says, it’s wise to keep one’s eyes on the biggest prize.

“Will this [tension with China] blow over? Yes. I would say proceed. China’s not going anywhere. It’s going to keep growing.”

Why are you launching a ranking?

There are a lot of great Canadian companies that are growing rapidly, and we wanted to create a new way to acknowledge their achievements and bring them all together. The ranking will increase the visibility of the winners and help them make connections to fuel their growth. Our goal with the program is to celebrate and elevate ambitious and successful entrepreneurial businesses, which we believe Canada needs more of.

How are the companies ranked?

The companies are ranked on their three-year revenue growth. Companies need to voluntarily apply for the program, and complete the full application process – including submitting financial information for verification. We will publish the full list of winners, along with editorial profiles of particularly noteworthy businesses, in the October issue of Report on Business magazine. The CEOs of companies that make the list will be invited to come to our Growth Camp event at The Globe and Mail Centre in October. It’s an immersive day of learning and networking meant to help winners further grow their businesses.

The ranking is open to private and public Canadian companies. They need to be based in Canada, with Canadian majority ownership and with substantial operations here. They can’t be subsidiaries of other companies. We’re trying to keep the application process simple and quick and we will follow up with companies that meet our criteria for more information.

As China and U.S. inch toward a trade deal, Canada gets a warning of potential harm
Subscriber content
April 12, 2019 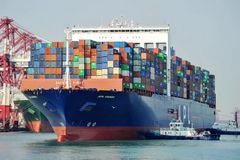 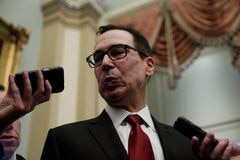 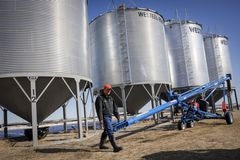