The burger at The Beltliner in Calgary is sloppy, two patties of Alberta beef and a fried egg. Danita Short smiles as she digs in: “I’ve got to pay respects to the homeland.”

Ms. Short, dressed in a flowing mustard cardigan and a flat-brim felt cowboy hat, is founder, chief executive and primary muse of an upstart fashion label called Land of Distraction. A year ago, the label announced itself at a splashy party at the Chateau Marmont in Los Angeles that drew the likes of Kate Bosworth and Angela Bassett. A few months later, the company landed a deal to sell its clothes at Barneys, a luxury retailer in the United States. There was a lot of hype: Interview Magazine called Land of Distraction “L.A.'s coolest new label.”

This unlikely rise is underpinned by the coming together of an unusual trio: Laurie Venning, a welder who made a fortune in the oil patch; Christian Juul Nielsen, a fashion designer who was a rising star at Christian Dior; and Ms. Short, a Harley-riding nurse turned fashion impresario.

“We have a business,” said Mr. Venning, owner of L.A.-based Distraction Wear USA Inc. “That in itself is huge. But we’re not even a year old. Until you’re at the four-, five-year mark, you really don’t know anything.”

Ms. Short grew up on a farm some 300 kilometres northeast of Calgary. Coronation, the closest town, was a half-hour away and home to less than 1,000 people. Ms. Short was the oldest of four kids. Theirs was an imaginative childhood, building forts and playing dress-up. The kids rode horses. The life imbued a free spirit in Ms. Short.

She became an emergency room and trauma nurse at Foothills Medical Centre in Calgary. “My brain runs on that level,” she said between bites of the burger during a visit home to see family. “Organized chaos and critical thinking.” Outside work, she took off on cross-continent rides on her Harley Davidson motorcycle. Long stretches of road, sunrises and sunsets and Motel 6s.

A few years ago, the intensity of work burned her out. She looked to start an esthetics business. She connected with Mr. Venning at a business-development session. He, too, had grown up on an Alberta farm. He became a welder and built drilling rigs. He was a tinkerer, and in the 1990s helped create specialized pipe for heavy oil wells. In mid-2014, at the peak of the last oil boom, he sold Regent Energy, the company he co-founded, for $775-million to Advent International, a private equity firm.

Mr. Venning was struck by Ms. Short’s distinct style and flair. He proposed they start a fashion label with Ms. Short herself as creative inspiration. They sought the help of Josh Reed, who had done celebrity public relations for Calvin Klein. The group brainstormed the concept and ethos. They made a short video. It begins with a White Stripes guitar riff and the image of Ms. Short riding her Harley on a coastal California highway. Ms. Short declares in the video that Distraction clothing would let “people express their own inner badass and get out there and live and have fun.”

The three took the idea to New York fashion week in September, 2016. Mr. Reed lined up days full of meetings. There were no clothes, but they said the concept was a hit. Ms. Short “was the foundation of the narrative,” Mr. Reed said. “There wasn’t anything like it.”

All they needed was a creative director to design the clothes.

At a party at the Standard Hotel one night, Mr. Venning found Mr. Nielsen, a Dane who was in New York by way of Paris. Mr. Venning asked how much freedom he had at couture houses like Dior. Mr. Venning promised Mr. Nielsen free rein and equity in the company.

Mr. Nielsen was inspired by Ms. Short and visited her family farm. “Where does all this energy come from, this spontaneous way of living? I saw it in her childhood.”

Land of Distraction’s clothes, advertised as “easy” and “utilitarian,” are what Mr. Venning called “affordable luxury”: US$595 dresses, US$350 tops, US$985 coats.

Mr. Venning has his own experience building a business and has assembled a small team of fashion business veterans around Ms. Short, who is now based in L.A. Beyond Barneys, Land of Distraction is sold online and at several retailers in Japan. In Canada, it is at Hudson’s Bay, where the label has resonated with customers, according to Tyler Franch, the Bay’s fashion director.

There have been an array of challenges. Ms. Short juggles the logistics of getting the clothes made in downtown L.A., where a local manufacturer produces the pieces. Inventory piled up earlier this year. Growing so quickly from nothing has caused cash flow issues, and the company has yet to turn a profit.

Ms. Short is working on business efficiencies to figure out how Land of Distraction can survive without Mr. Venning’s money. The company may seek new investors. Ms. Short wants to expand to smaller boutiques and establish the label in places such as Paris. She wants to create menswear, too.

Mr. Venning, who also has new ventures in film and television, knows the risks of such volatile industries. “I’ve spread some money out. We’ll see how smart I am.”

Mr. Nielsen, after 15 years in fashion, believes Land of Distraction can take off. “I’m very much ready for the brand to blow up,” he said. "I think it can.” Ms. Short’s goal for Land of Distraction is likewise ambitious: “To get people everywhere to wear it.”

The opportunities left behind when innovation shakes up old industries
November 28, 2018 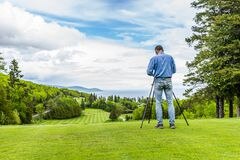 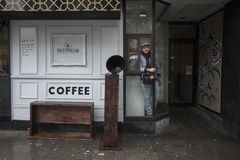 In a tight labour market, employers need to pay attention to the needs of parents
November 19, 2018 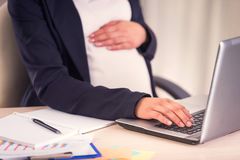