Ashley McCarthy’s workday often starts at a Calgary-area school, but she’s not a teacher. She’s one of an increasing number of dental hygienists who have opened up their own businesses, taking advantage of recent changes in provincial regulations.

Alberta bylaws allow dental hygienists to work outside of a traditional dental office, without the direct supervision of a dentist; New Brunswick, Ontario, Nova Scotia and Newfoundland have similar bylaws, while Saskatchewan, Manitoba and British Columbia have regulations with some restrictions. Manitoba, for instance, allows hygienists to apply to work on their own after 3,000 hours, or about a year and a half, working directly with a dentist.

While regulations vary from province to province, hygienists are generally able to perform many of the basic dental and oral health functions for patients: simple dental exams, plaque removal and cleaning, X-rays, fluoride treatments and working with appliances such as mouth guards. Services such as detailed exams or treatments like filling cavities are still restricted to dentists.

Ms. McCarthy has found a niche in the market, giving presentations about oral health to students and then performing teeth cleaning for students right at the school. Ms. McCarthy sterilizes an empty room, sets up her tools and suddenly, there is a make-shift dental office next to the school cafeteria. Students only miss about 40 minutes of class and parents don’t have to take time away from their own jobs to wrangle kids to a dental appointment. Ms. McCarthy works closely with dentists in her area.

Alberta was one of the first provinces to adopt these changes 12 years ago, but over the past decade, other regions have followed suit. Since then, the number of dental hygienists becoming entrepreneurs has jumped. The Canadian Dental Hygienists Association say they now have 1,100 independent practitioners across the country, a number that doubled in just two years, going from 3 per cent of their membership to 6 per cent of members from 2015 to 2017.

The vast majority of those hygienists are women. Melanie Martin, director of dental hygiene practice at the CDHA, says male hygienists only make up around 2.5 per cent of the membership. It’s a field that’s been dominated by women for decades and with new regulations, more women are combining dental work and entrepreneurship.

Ms. McCarthy opened up Toof Inc., her mobile business, three years ago. She now works fewer hours than when she was at a dental office, but takes home more of the profit. Because she’s mobile, she doesn’t pay for office space or additional staff salaries, and she’s able to save her patients money by offering low rates.

“I charge right along the Alberta fee guide,” Ms. McCarthy says, where a base unit for scaling – that is, cleaning away plaque and tartar from the teeth – costs a little over $67.

In Edmonton, Trish Clayton of Right to You, a mobile dental hygiene service, recommends that all her clients still visit a dentist about once a year, and when she’s doing her examinations she’ll note whether anything requires further work. But she also agrees clients often save money when they hire her, and says the lower cost is a benefit in establishing trust. “When I recommend something to them, there’s no financial benefit to me, so they don’t feel like they’re being sold.”

She decided to open her own business to have more flexible hours. Ms. Clayton offers evening and weekend appointments, and only sees about five clients a day. Being her own boss has allowed her to spend more time with her family.

“As women, we often wear many hats,” Ms. Clayton says. “I was able to set some of my own hours to be present when my kids needed me to be present, whether it was to go on a field trip or drive them to school.”

Jayne Beaumont, who opened her brick-and-mortar office Happy Smiles Dental Hygiene in Dartmouth, N.S., in 2012, has turned her hygiene practice into a family business, bringing her daughter on as a part-time receptionist. She finds many first-time clients are still surprised that she can work outside of a dental office. “It’s 10 years now since legislation has passed and there are still so many people who don’t know about independent hygienists,” Ms. Beaumont says. “But I think it’ll take a while to get the word out.”

Among independent practitioners, having a permanent location is still the more popular choice, with only 30 per cent of hygienists opting for a mobile service.

Ms. McCarthy says it’s hard to imagine going back to a traditional dental office. Despite the complications of running a business, she likes that she’s able to see a wider range of clients.

“As the business started to grow, I started getting more into senior homes as well, going and cleaning a senior’s teeth right from their room. It’s really handy because a lot of them have mobility issues, or with Alzheimer’s and dementia, it can get harder and harder to go to an office. They really appreciate care coming to them.”

My friend has had too much plastic surgery and it’s hard to look at her. Should I say something?
Subscriber content
May 13, 2019 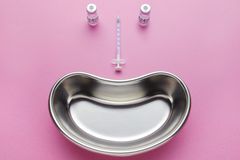 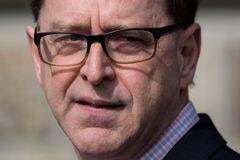 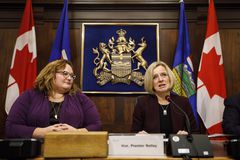