Convenience-store owners across Ontario are counting on premier-designate Doug Ford to follow through on a promise to allow them to sell beer and wine – a move they say will help revive their struggling sector.

“It’s time,” says Dave Bryans, chief executive officer of the Ontario Convenience Stores Association (OCSA). “I would love to see some stores open, on this [promise], by the end of the year.”

During the provincial election campaign, ahead of the May holiday weekend, Mr. Ford vowed to allow the sale of beer and wine in all corner, big-box and grocery stores as soon as possible. In a statement, he said: “Ontario is mature enough for this change and ready [to] join other jurisdictions in making life a little more convenient.”

Mr. Ford, as leader of the Progressive Conservatives, vowed to expand the range of outlets as long as those retailers meet “high standards of compliance.” The retailers would be also regulated by the Alcohol and Gaming Commission of Ontario, similar to the Beer Store and LCBO operations.

“This is a breath of fresh air,” Mr. Bryans says of the PC promise, which he’s confident will be implemented. “I’m very excited about this government. I think they’re small-business-friendly. They’ve shown all of those signals so far.”

During the recent election, the Liberals dismissed the PC plan for expanded alcohol sales as a campaign distraction and pointed to their own expansion of alcohol into grocery stores, while the NDP said they didn’t see a need to increase the number of outlets further.

Mr. Ford’s promise to open up the alcohol market was welcome news to convenience-store owners – alongside a vow to freeze the minimum wage at $14 – given their struggles in recent years because of falling tobacco sales, soaring hydro costs and increased competition from grocery stores and other retailers. The cost pressures have led to a number of closings across the province in recent years: There are currently about 7,900 convenience stores in Ontario today, down from about 9,000 in 2015 and 10,000 in 2010, according to the OCSA.

Business is getting increasingly difficult for Terry Yaldo, who has owned and operated Midway Convenience in Windsor, Ont., for about 20 years. He says the biggest cost increase has been hydro, which is squeezing margins, alongside increased competition from grocery and other retail chains.

“It’s getting tougher and tougher for one little guy like me to stay operating and try to be as competitive as possible. Adding beer and wine would help us get our traffic back to where we need to.”

Beer and wine account for 10 to 15 per cent of sales at convenience stores in Quebec, according to the OCSA, but it’s the sale of other products purchased alongside alcohol, such as snacks and lottery tickets, that will help boost overall sales.

While convenience-store owners would benefit from selling alcohol, it’s the customers that are demanding it, says Yvonne Farah, vice-president and general manager at Hasty Market Corp., which has 180 stores in Ontario. “It’s a normal evolution of the industry,” she says, “and something customers have been asking for.”

Ms. Farah also points to the “Free Our Beer” petition a few years back, which received more than 400,000 signatures – one of the largest in Ontario’s history – calling on the government to broaden Ontario’s current alcohol-retailing system to include convenience stores.

“Hearing people say we can’t do it responsibly is kind of hypocritical,” Mr. Yaldo says. “We are already doing restricted-product sales responsibly. Some people don’t realize that if I sell tobacco to a minor and I lose my tobacco [selling] licence, I might as well shut down my business. My money and my time is out the window.”

If alcohol is allowed to be sold in corner stores, the OCSA’s Mr. Bryans says the industry will implement additional training for owners and employees. After all, he says, business owners like Mr. Yaldo “have everything to lose,” if they break the rules. 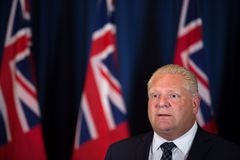 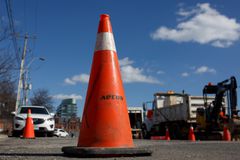