When Ontario Premier Doug Ford rolled into Toronto’s Glassbox Barbershop for a haircut in early June, owner Peter Gosling seized the moment to voice his beefs about provincial barbering regulations. Ontario is currently in the process of drafting new rules and Mr. Gosling wanted to convince the Premier to treat barbering as its own trade. Barbers are currently required to have a broader “hairstyling” licence that covers hair-dye and perms, services most barbers do not offer.

“He didn’t want to talk politics, he just wanted a haircut – [but] I think he heard me out,” said Mr. Gosling, a certified hairstylist who owns three barbershops and a barbering school.

Last fall, the province announced plans to “wind down” the Ontario College of Trades, which has overseen training and regulation of the province’s tradespeople since it was formed in 2013. Reacting to complaints about complicated apprenticeship programs and expensive registration fees, the government said the Ministry of Training, Colleges and Universities will take over the college’s functions by the end of this year.

As this process unfurls, many barbers and people looking to join the field are in limbo as they wait for promised reforms – which aren’t expected to be ready for two years, according to Ontario government sources who spoke with The Globe and Mail. The sources were granted anonymity because they were not authorized to speak publicly about the reforms. In the meantime, many barbers are operating without the required hairstylist’s licence, while new barbers who want to follow the rules are wondering whether they should be trained and tested in an unpopular system or wait years until the new regime is in place.

While the ministry says a hairstyling licence is required for any form of haircutting, there is little information on barbering available on government websites and a wide misunderstanding of the requirement. Many barbers who spoke to The Globe believe they don’t need the licence if they aren’t using chemicals such as dyes or bleaches. Others know they are supposed to have it, but decide against it because the educational component involves very little on cutting men’s hair.

“Most people don’t even think about getting their licence,” said Michael Cedilla, a hairstyling apprentice who works in Mr. Gosling’s barbershop. He says that without Mr. Gosling’s tutelage, he’d have no idea how to proceed in good standing because there is little information available – and much of it is contradictory. “It’s every person for themselves, every barber for themselves.”

There’s no official estimate of how many barbers are operating without the hairstyling licence. Practising a compulsory trade, such as hairstyling, without a licence can result in fines between $195 and $10,000, according to the College of Trades website.

“Everybody is worried about [getting the training and accreditation] wrong, but people don’t understand how to do it right,” said Peter Mokrycke, who owns Architect Hair Design and Hendry’s Barbershop in Hamilton. Not a barber himself, Mr. Mokrycke requires his staffers to be licensed hairstylists or to be apprenticing under a licensed person.

In late May, the Ministry of Training, Colleges and Universities announced some details of its plan to modernize the trades. It said the new regulatory framework will be based on “portable skill sets,” which will allow tradespeople to be certified in the aspects of their trade they plan to practise, instead of all of the skills that fall under any given trade. Many barbers hope that means cutting hair will be separated from chemical-based hair treatments.

Skills Ontario chief executive Ian Howcroft says “many anxious people” are wondering what the changes mean for their particular trade, but most are optimistic because they haven’t necessarily been happy with the college. “A lot of tradespeople resented paying their fees,” which went up significantly after the college was formed, he said.

Skills Ontario, a non-profit organization that promotes careers in the trades, hasn’t taken a position on portable skill sets, but Mr. Howcroft says such a change could help get people into jobs more quickly. “The devil is in the details,” he added. “The apprenticeship system is pretty complicated. It did need to be improved and simplified into more of a cohesive path.”

Several barbers who spoke with The Globe stressed the importance of adding a practical haircutting test as part of the industry overhaul. The current hairstyling test is written-only – there had been plans to add a practical component that got postponed with the dissolution of the college. The government sources who spoke with The Globe say this test will be reintroduced in the new year.

Ottawa barber and trainer Natalie Facette, a licensed hairstylist, says a lot of people pass the written test, but aren’t competent haircutters. “They didn’t test us on haircuts. … It’s an art, with dangerous weapons.”

Ms. Facette is the district manager for Hair Fellas in Ottawa, which operates three barbershops and a barber school. The school can’t provide accreditation because it does not teach the hairstyling curriculum, so it ends up training people who have already finished hairdressing school on how to do men’s haircuts properly, or teaching people who plan to go into barbering regardless of whether they have a hairstyling licence, she said. In addition to providing legitimacy to the trade, she believes a provincial barber licence would ensure people are being trained in safety procedures related to straight razors, clippers and sanitation.

“Some shops fly under the radar,” she said. “They don’t get inspected unless [somebody] reports them.” 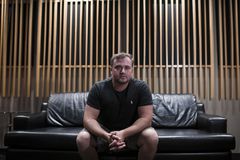 Craft brewers worry they will get shut out of Ontario convenience stores
July 11, 2019 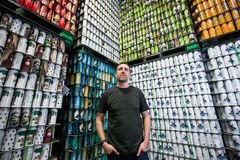 If Amazon had stuck to books, it would be a different company
June 5, 2019 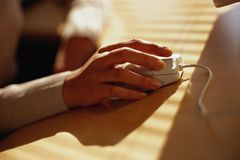