Keen observers have noticed an unexpected trend in the ultra-hip West Queen West area of Toronto – a proliferation of dentists’ offices.

“Right across from the Drake Hotel there’s a dentist’s office and half block south another one just opened,” says Antonio Carvallo, a realtor with Re/Max Hallmark Bibby Group. He says there are two other dentist offices moving in on nearby Sudbury Street, just off the main retail strip. “It just doesn’t look good. It takes away from the whole culture of the neighbourhood.”

According to John Kiru, executive director of the Toronto Association of Business Improvement Areas, Mr. Carvallo’s observation is part of a bigger trend. In recent years, Mr. Kiru has noticed service businesses are replacing small retailers on main streets across the Greater Toronto Area. While there has always been some service businesses and professional offices at ground level in retail strips, Mr. Kiru says the trend is accelerating as independent retailers face pressure from rising property tax assessments and online retailers such as Amazon.

“The doctors and dentists who traditionally occupied second storeys, and some of the other professionals, such as accountants and lawyers, are seizing on the opportunity to move to the main floor,” he says.

Many landlords consider professionals to be more stable tenants than independent retailers and restaurants, according to Mr. Kiru. Often professionals can afford to pay more, which drives up the rents for other businesses and can reduce the viability of retail strips, he says. “Ultimately it changes the dynamic of the neighbourhood. If you go out and you eat but there’s no grocery stores or traditional retailers in that neighbourhood, what’s there to drag you back? If it’s not there, people have the tendency to drive off to the mall or start shopping online.”

Mr. Kiru points to Etobicoke’s Lakeshore Blvd. West, Leslieville, east of downtown and the Jane and Annette streets neighbourhood north of High Park as examples of areas where he’s seen street-front retail space converted to offices or daycare centres. Glenn Miller, senior associate at the Canadian Urban Institute, says he’s noticed the same thing happening in his midtown neighbourhood, on Yonge Street north of Eglinton Avenue. “Over time, it tends to take away from what makes the street attractive in the first place,” he says.

Most of the time, switching from retail to a professional office or service use on a property doesn’t require a rezoning in the City of Toronto. Mike Williams, the city’s general manager of economic development and culture, says the issue of retail shops being converted to office space will be looked at as part of an upcoming study on retail trends.

The city has also been looking at ways to reduce the burden that soaring property assessments are having on small businesses. The property tax issue will undoubted surface again next year after a new City Council is in place following this fall’s municipal election.

However, not everyone sees the loss of retail space on main streets as a negative. James McKellar, a professor at the Brookfield Centre in Real Estate and Infrastructure, says professionals aren’t forcing out retailers, but are filling in vacant space, particularly in newly built condos.

“The City requires you to put retail at grade in all new condos and there’s just not enough retail demand,” says Mr. McKellar. “Retail is based on location, and if someone builds condo for residential, it might be a lousy location for retail. When developers put it in, they factor in zero rent because they know it will just be a bonus if they can get someone to move in there.”

Mr. McKellar says we need to accept that online shopping is making permanent changes to retail. “These business organizations are looking at the past, when neighbourhoods depended on local retailing. You can’t make the city look like something it was in the 1930s and ’40s. You have to recognize the demand for that kind of retail is diminishing and figure out how to animate sidewalks in a different kind of way.”

Tinkering with zoning or regulations to try and save a city shaped by forces in place decades ago is not the answer, according to Mr. McKellar.

“If you want to animate the streets, why not put schools, daycares and libraries there? I think we have to change our whole attitude towards how we actually occupy the space and figure out a different way to build the city.” 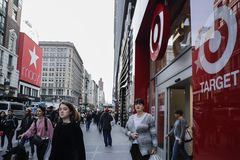 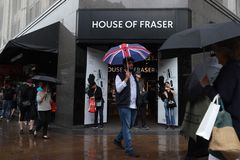 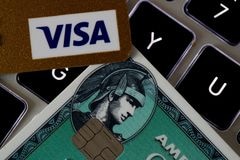