When Josephine Masterson opened her vegan café in 2016, she didn’t anticipate having to deal with harassment.

Little Jo Berry’s, on Ottawa’s busy Wellington Street West, proudly wears its politics on its sleeve, says Ms. Masterson, 27: “When I think about our shop as a whole, we’re a queer, feminist business.”

So when a male customer discovered her shop and became enthusiastic about the brand, she was pleased to have made a new fan and ally – until she heard from patrons that the customer had a reputation for being abusive to women. Then, she continues, “one day one of my staff members was working late and he was waiting outside for her.” Ultimately, Ms. Masterson asked the man to never return, and she didn’t have problems with him again.

Harrassment of employees is an issue that many business owners are thinking about in the wake of the #MeToo movement, according to long-time human-resources consultant and harassment investigator Margaret Michaels.

Much of the public dialogue in the wake of #MeToo has centered on boss-employee harassment and incidents between co-workers, yet members of the service industry say it often comes from customers. That’s a tough nut to crack in an industry driven by the mantra “the customer is always right,” says Julie Lalonde, a public educator who specializes in anti-harassment training.

“Small business relies on reputation, and part of that is being nice to people,” explains Ms. Lalonde. “You want repeat business, but how does that fit into conversations about abusive clients?”

In Ontario, workplaces are required by law to have anti-harassment policies, but it’s up to individual businesses to write and implement these policies. As Ms. Lalonde and Ms. Michaels note, the law doesn’t consider that many small-business owners haven’t received anti-harassment training and may not even know what constitutes sexual harassment. “There are still many people out there who think sexual harassment is about pinching a butt or making overt sexual comments,” says Ms. Michaels. Harassment can also include unwanted flirting, sexualized jokes, abusive language and acts, as well as remarks about appearance, gender and sexuality.

Then there’s the compliance issue. Although inspectors with the province’s Ministry of Labour are supposed to verify these policies exist, enforcement remains primarily complaint-driven. More often than not, this means customer-facing employees have to draw their own lines about what behaviours they’re willing to accept.

The missing link here, says Ms. Lalonde, is requiring employers to create an environment in which an employee can disclose customer-harassment reports without fear of reprisal.

For Little Jo Berry’s owner Ms. Masterson, that begins with education. All of her full-time employees are required to do bystander intervention training to help prevent colleagues from being harrassed, and many of her 11 staff members have completed It’s Your Shift, an online training program provided by not-for-profit group OTEC, aimed at preventing sexual harassment in the service and hospitality industry. She even hosted a bystander-intervention training event at her café for other local business people, which Ms. Lalonde moderated.

Ms. Masterson also ensures there are two employees in the café at all times and that no one has to open or close alone. Across the street, at boutique clothing store Victoire, owner Katie Frappier says that isn’t always possible. Instead, she’s developed a list of neighbours to call for help and installed a doorbell that rings at the business next door in case of emergency. She also trains her staff to always uphold store policies, which helps prevent customer attempts to undermine employees’ authority.

Most importantly, both Ms. Masterson and Ms. Frappier say their respective employees are encouraged to trust their instincts, with the knowledge that their bosses will unequivocally back them up in a customer dispute. “It’s really important for our employees to know their own boundaries and the support they’re going to have from myself and my business partner,” says Ms. Frappier.

As many business owners contacted for this article noted, losing a good employee is usually far more expensive than losing a bad customer. In the absence of a broader re-education in society about how to treat service-industry workers with respect, business owners need to assume their legal and moral responsibilities to protect their employees from harassment – if only to protect themselves.

“It’s financially expedient and advantageous to care about and look after my staff, because staff turnover is very expensive,” says Carlyle Jansen, owner of Toronto sex shop Good For Her. Happier staff usually means happier customers, she continues. “It’s a win-win.” 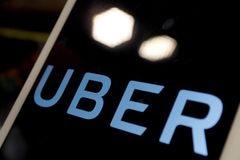 Women behind female-centred ride-hailing apps say they’re on the rise in spite of hurdles
April 1, 2018 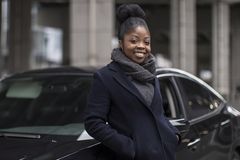 Google employees organize to fight cyberbullying inside the company
March 30, 2018 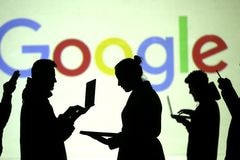