Blue Heron, a small vegan cheese shop in Vancouver, has been told by the Canadian Food Inspection Agency that it must stop using the word “cheese” to market its products.

In an e-mail sent on Jan. 21, a CFIA staff member said it had received a complaint about “products being labelled as ‘cheese’ when they are allegedly not.” In follow-up correspondence shared with The Globe and Mail, the company was also told that it could not use hyphenated modifers (i.e. plant-based, dairy-free vegan cheese) – even though many small businesses across Canada use similar product descriptions, some with approval from the CFIA.

The labelling of vegan products has been a growing issue for non-dairy producers, who are confused about the regulations, uncertain as to what words they can use and concerned by apparent discrepancies in a system where enforcement is initiated by anonymous complaints.

According to the CFIA, the number of dairy-product complaints increased to 415 in fiscal 2017-18 from 294 in 2013-14. This all comes at a time when the traditional dairy sector is feeling threatened by factors such as changing consumer tastes, the new food guide and recent trade deals that have increased the amount of dairy products that can enter duty free into Canada.

“If vegan cheese-alternative companies cannot use cheese proper, and by the CFIA’s own regulations on phonetic pronunciation, the word cheeze, what can we use?” Blue Heron founder Karen McAthy asks.

Lawyers say that although outdated, the regulations are clear: Cheese is a common name defined by its standard of composition; it must be made from milk and/or milk products; and milk comes the normal lacteal secretions obtained from the mammary glands of animals.

“A lot of these standards were built in the eighties and nineties, before alternative protein products were even a thing, and they are based on the concept that consumers are complete rubes when faced with products like non-dairy milks and cheeses,” Toronto-based food lawyer Glenford Jameson says. “But the rules are not subjective.”

Non-compliance, he explains, would be a breach of the Food and Drug Regulations Act, Section 5(2), and could lead to fraudulent labelling charges with fines of up to $50,000 (summary conviction) and $250,000 (conviction by indictment). The CFIA can also recall products, and as of Jan. 15 has the power to revoke the licenses required by most food businesses under the new Safe Food for Canadians law and regulations.

Although Blue Heron does not use the word cheese on its labels, it does use the word on its website and social media to describe its dozens of cultured cheese-inspired products made from coconut milk, cashews and almonds.

“I knew this would be eventually be an issue,” says Ms. McAthy, who is also author of The Art of Plant-Based Cheesemaking, in which she argues for a new scientific definition of cheese, one that places process (the coagulation of protein-rich products, including nuts and seeds) above politics.

For now, Ms. McAthy just wants to know how to comply with current regulations in order to finish a new label design, which she was already in the process of creating. She says that her conversations with the CFIA officer, while amicable, have been “frustrating” and his replies “opaque.”

Lynda Turner, owner of Fauxmagerie Zengarry in Alexandria, Ont., felt the same frustration in 2015, when the CFIA asked her to address, within 30 days, the “cashew cheese” product descriptions on her labels. When she went back to them with three proposals, they accepted, without explanation, “100% dairy-free cashew cheese.” She says she still worries that they will reverse their decision.

“I would like to see the regulations be made clear and the procedures simplified. I would like the CFIA to provide some guidance. We are all just small businesses and we don’t have the funds for lawyers. It’s very expensive to go through a whole new product design,” she says, noting that the last label redesign cost her approximately $8,000. The lack of clarity, she adds, “is a deterrent to people who want to bring these innovative new products to market.”

Lisa Murphy, a spokeswoman for the CFIA, says that while it is still working with Blue Heron to determine an appropriate name for its products, it is “the responsibility of the company to name the product in a truthful way that is compliant with the regulations.” She says there are no plans for a review of the requirements, noting that they are “outcome-based and flexible” and consistent with international labeling standards.

The Dairy Farmers of Canada says it sees no need for change or review. “The standards of identity for dairy products have served Canadians well for many decades, and should continue to be respected,” says Lucie Boileau, director of communications.

Others say the dairy industry is fighting hard behind the scenes.

“Dairy is in trouble,” says Sylvain Charlebois, a professor in food distribution and policy at Dalhousie University, calling the Canadian labelling regulations “ambiguous at best.”

“The marketing boards have this huge sense of entitlement. They believe they own the term ‘cheese.’ And they are often quite vicious against small and medium-sized businesses that are trying to move into the market."

He says industry groups are known to submit complaints to the CFIA and use lawyers to challenge non-dairy producers. “And of course the CFIA will investigate. But it’s very difficult to reprimand these companies because there are no clear answers.”

How veganism went from niche diet to cultural staple
July 12, 2018 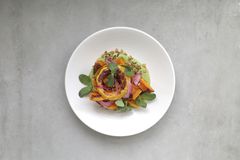 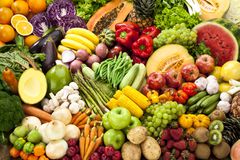 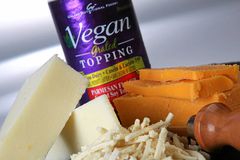