The partnership between two popular services that power many small businesses, Shopify and Mailchimp, is breaking up. The integration between the two platforms – the system that allowed for the sharing of data between them – is disappearing. As of May 12, Mailchimp and Shopify will no longer easily work together, leaving shared users – many which are small businesses – to pick up the pieces.

Mailchimp, an Atlanta-based marketing automation platform and e-mail marketing service (official corporate name Rocket Science Group LLC), announced it was terminating its relationship with Ottawa’s Shopify Inc., an e-commerce platform, in a statement released in March. The statement detailed Mailchimp’s request for Shopify to remove its popular Mailchimp for Shopify app from the Shopify App Store (where Shopify merchants can choose add-ons for their Shopify stores).

Businesses that relied on the Mailchimp for Shopify app to connect their online store to their e-mail marketing have until May 12 to find another solution. That’s the day Shopify’s updated terms for its app partners go into effect, and it’s these terms that Mailchimp takes issue with. In its statement, Mailchimp explains, "we refused to agree to terms that jeopardize our users’ privacy and require us to hand over customer data acquired outside of Shopify.”

Shopify quickly responded with a statement of its own quipping back, "It’s critical for our merchants to have accurate, complete insight into their businesses and customers, and this isn’t possible when Mailchimp locks in their data.” Ouch.

What’s the real reason Mailchimp and Shopify are breaking up? Is it an issue of data privacy? Ownership and access to data? Or is it an issue of competition? Mailchimp has expanded its digital marketing offerings in recent years to include simple e-commerce webpages, placing it in direct competition with Shopify. A few weeks before Mailchimp announced its break with Shopify, Mailchimp acquired Vancouver-based e-commerce company LemonStand, a known Shopify competitor.

Whatever the reason for the spat, as of May 12, it won’t really matter. Despite both Mailchimp and Shopify boasting their integration potential with hundreds of other services (a value proposition both companies trumpet), these two are probably not getting back together. Those who relied on the Mailchimp for Shopify app (to add an e-mail signup to their store, or to send order confirmation e-mails, abandoned cart notifications and marketing messages), need to find another solution, immediately.

Mailchimp suggests people either use a third-party app to sync data to Shopify, or do so manually. The best solution it’s offering is a tool called Shopsync, which Mailchimp suggests is "free, has positive reviews and key features to make the most of your Mailchimp and Shopify accounts.” The reviews of the Shopsync app in Shopify’s App Store paint a different picture – many users express frustration with the transition.

Popular Shopify theme company Out of the Sandbox suggests using individual apps that could replicate particular Mailchimp functionalities, such as Pixel Union’s Pixelpop app for pop-ups and banners. For Shopify merchants that are considering leaving Mailchimp, Out of the Sandbox encourages them to consider Klaviyo, Omnisend or Conversio.

Meanwhile, the pressure is on for small-business owners to find a solution. A quick scan of the Shopify Discussion Forums or the Shopify Entrepreneurs Facebook Group reveals hundreds of messages from Shopify and Mailchimp users expressing their frustration at the situation and sharing tips. Those messages are sure to increase as the breakup date looms closer.

Integrations are, well, integral to the running of a small business. Small businesses don’t have the technical know-how, or the deep pockets, required to make custom integrations. So they lean hard on existing ones between big name platforms, such as Mailchimp and Shopify. When integrations work, it’s like magic. And when they don’t, it’s incredibly frustrating.

Both Mailchimp and Shopify will survive this spat. There’s no law of the internet that says these companies have to work together. But when they don’t, it’s the small businesses who suffer. It’s disappointing these two companies, which champion small business, can’t do better.

Avery Swartz is a tech consultant who advises small businesses on all things digital. She is also the founder of Camp Tech, a tech training company for businesses and individuals across Canada.

The top performing TSX stock of 2019 is still adored by analysts - but on this side of the border only
Subscriber content
May 3, 2019 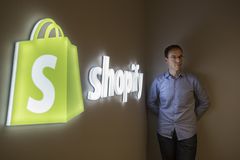 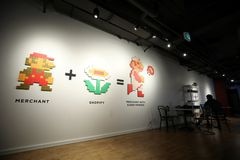 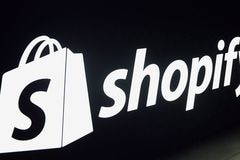