Qasim Mohammad is a former investor at OMERS Ventures and the founder of Repshift, a customer advocacy tool for B2B sales and customer success teams.

I left my dream job at a prominent venture capital (VC) fund over a year ago to pursue my entrepreneurial aspirations. My immediate future wasn’t clear, but there was one thing I was sure about. I was going to bootstrap – launch my company without external financial help.

The opportunity to review thousands of startup pitches as a VC, and manage a portfolio of high-growth companies at various levels of maturity, taught me that raising venture capital can act as a double-edged sword for startups. It’s an incredibly powerful tool when used in the right circumstances, but can become entirely counterproductive when sought purely for its conveniences.

Here are three reasons why I chose to bootstrap:

1) I wanted to prioritize profitability and sustainability over growth.

VCs typically have high expectations of growth from the companies they invest in. After all, they want to capture entire markets and aim for big exits. This is why venture capital is typically deployed in stages, where investors use performance incentives in the initial round of financing to force portfolio companies to hit certain growth milestones. If portfolio companies fail to achieve their milestones, it can become difficult or economically pointless for founders to pursue subsequent rounds of funding – usually owing to a lack of investor interest or the prospect of high ownership dilution. The pressure associated with continuing to be able to raise VC money forces many venture-backed startups to prioritize growth over profitability, which sometimes takes their cash burn to unsustainable levels.

Although it’s possible for venture-backed startups to avoid the trap of going bust by spending too much money too fast, as an early-stage founder I wanted the ability to think prudently about my business’s profitability from Day 1. Some entrepreneurs have managed to launch software companies with a little more than $1,000 in the bank, and spend no more than $45 a month to keep them running – these stories inspired me to self-fund my business slowly, especially since I knew my startup ideas would allow for it.

Fast forward a year, and I’ve been able to build Repshift off less than $20,000. Bootstrapping with personal savings has forced me to be extremely mindful of how I spend every dollar. It has also forced me to pull many favours through my network – namely with respect to free office space – and to source talented professionals who are willing to share in the upside potential of the business for less compensation up front. This strategy allowed us to break even quickly.

2) I wanted the freedom to make mistakes openly.

Founders that choose to raise venture capital enter into a long-term commitment with their investors. Since investors and entrepreneurs inherently have different goals, VC deals invite significant changes to a startup’s overall governance structure. An example of such a change includes adding investors to the company’s board of directors, thus granting them potential veto rights, as well as the ability to considerably influence a startup’s strategy and budgeting activities. These modifications can eventually restrict a founder’s ability to take risks independently.

As an early-stage founder, I wanted the freedom to make mistakes and figure things out without having to worry about any explicit promises made to investors, especially since I knew I was going to be experimenting during the first few months of my entrepreneurial journey. I also knew that bootstrapping would allow me to pursue several business ideas at a time to discover my niche, which isn’t something traditional institutional investors typically encourage.

3) I wanted to preserve my VC connections for the right time and opportunity.

Just because you have the ability to call investors and raise money as an entrepreneur doesn’t mean you should. Before contemplating institutional capital, founders must ask themselves whether they are truly building – or even want to build – a business that forces them to take on multiple rounds of financing toward what is hopefully a big exit event. The fact is, the likelihood of such an event is rare and significant ownership dilution must be incurred by the entrepreneur to reach this destination.

If founders ultimately decide on the venture financing path, it’s worth considering that the VC community consists of a small group of investors who frequently talk to one another. Raising and spending capital irresponsibly can eventually catch up to entrepreneurs. Having been a VC, I would feel comfortable taking venture money only if I’m extremely confident about the potential of my business to deliver a meaningful return to my investors. And it can be hard to have that level of confidence as an early-stage founder. If founders aren’t confident enough in their ability to deliver returns, then they probably aren’t ready to take on external funding.

None of the above is to say that venture capital can’t be made to work for experimental early-stage startups. Or that bootstrapping is the best alternative. Every financing strategy carries its own set of benefits and challenges that founders must contemplate independently, after taking into consideration the types of businesses they’re building and what makes them comfortable. But what I’ve learned by bootstrapping is that the sacrifice and discipline it requires can indeed deliver the motivation and flexibility necessary to build a sustainable, profitable business. This is the holy grail for any founder, after all. 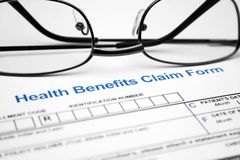 I was a corporate executive addicted to work. But an unexpected crisis made me realize I was on the wrong path
January 23, 2019