Recent changes in tax law in Canada and south of the border could bring unexpected expenses for small-business owners. Here’s what you need to know.

A recent U.S. Supreme Court decision, South Dakota v. Wayfair Inc., could make selling in the United States more complicated and costly for Canadian companies. The decision overturns limits on states’ power to assert sales tax jurisdiction over out-of-state sellers. That means Canadian companies selling products or services online to U.S. buyers might have to charge state sales tax to their clients, even if the business doesn’t have a physical presence in the state.

This won’t result in immediate changes – states will have to issue further guidance if they want to collect sales tax from out-of-state vendors. But over the next couple years, it could create complications for Canadian companies, which would need to do separate tax filings for each state where they collect tax. If they have their own software platforms to sell online, those will also need updating.

“The biggest issue is the additional compliance costs that arise for Canadian companies, both on the IT side and tax compliance side,” says Andrew Zakharia, founder of AZ Accounting Firm. “They will have to hire a U.S. accountant. It might result in businesses being more selective about how quickly they move into different markets.”

The popularity of software-as-a-service (SaaS) is growing, but the concept of subscription software can cause complications at tax time. SaaS companies selling abroad don’t need to charge foreign clients HST or GST, but they will need proof that those clients aren’t based in Canada. This isn’t a new concept, but it’s a situation facing a growing number of companies as the SaaS model becomes more common.

A typical scenario is that a SaaS company asks the Canada Revenue Agency (CRA) for an HST or GST refund to cover money paid on its own expenses if the bulk of its clients are based abroad. According to Mr. Zakharia, this refund request often triggers an audit. It’s not enough to have customers self-report their locations – the company needs geolocation software to prove to the CRA that the sales are actually from abroad.

Finance Minister Bill Morneau’s proposed tax changes for private corporations were significantly scaled back, but there are several key aspects that moved forward, including provisions to limit the ability of business owners to split or “sprinkle” income with family members to lower the overall tax bill.

However, family members won’t be hit by the new rules if they can prove they are active in the company. “If the family member can demonstrate that they’re active in business and contribute more than 20 hours per week, every week of the year, and we can prove that, they can receive a dividend and not be subject to the higher rate of tax,” says Eddy Burello, tax partner at MNP LLP. Businesses going this route will need to ensure they are properly tracking the employee’s time.

There are some other wrinkles to consider. In some cases, family members 25 years or older holding “excluded shares” can get exemptions to the new income-splitting rules, but this doesn’t apply to pure service businesses. This has led some businesses to break down client invoices to include products as well as services – Mr. Burello gives the example of a house painter who breaks out the cost of paint.

Various other situations – such as the use of trusts and strategies around paying for children’s tuition bills – need to be re-examined in light of the new rules. “It’s even more important to do that big picture, high level planning on a forward looking basis,” says Ross McShane, vice-president of financial planning at Doherty & Associates.

The federal government’s original proposal to hit passive income generated inside corporations was changed substantially, so this provision, which comes into effect Jan. 1, 2019, will affect a smaller number of businesses. Companies that are generating more than $50,000 of income a year from passive investments held inside their corporation will get reduced access to the lower small-business tax rate on active income coming into the corporation, with access eliminated completely with $150,000 of passive income.

Companies still hit by the new rule are looking at various strategies, such as setting up Individual Pension Plans, to avoid paying a higher tax rate.

“A lot of people are trying to figure out how to have disassociated corporations, where one has the investment portfolio and the other is the operating business,” Mr. Burello says. “Other people have looked at different types of investment products. If you put money into a universal or whole life insurance policy, the income is built up in the policy and is not reported, so that preserves your small-business deduction.”

Keep up with the latest entrepreneurship news by signing up for the Report on Small Business newsletter at globeandmail.com/newsletters. 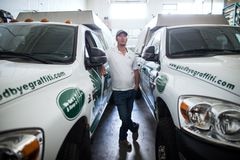 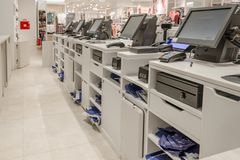 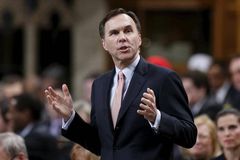