A new Indigenous-led venture capital fund will provide capital and support to Indigenous social enterprises across the country.

Mr. Cyr and managing partner Paul Lacerte say their Vancouver-based firm’s new Raven Indigenous Impact Fund is the first of its kind in Canada. Through impact investing, the partners aim to improve outcomes in Indigenous communities and generate returns for investors.

Raven aims to raise $5-million by the pilot fund’s final closing in October. The fund’s investments will range from $250,000 to $1-million, and the company is targeting returns to investors of 6 to 8 per cent, net of fees.

Both Mr. Cyr, who is Métis from Manitoba, and Mr. Lacerte, who is a member of the Nadleh Whut’en Band and belongs to the Carrier First Nation in northern British Columbia, have extensive experience working with Indigenous communities. They are joined by Raven’s chief investment officer Stephen Nairne, who is non-Indigenous and has worked in impact investing in Africa.

Raven Indigenous Capital Partners was launched in 2017 and has been raising money for the Raven Indigenous Impact Fund for the past year. The fund creates a pathway for the investment community to “economic reconciliation,” Mr. Lacerte says, while also mitigating “the optics of risk associated to investments in Indigenous entrepreneurs and Indigenous businesses.”

The new fund aims to address gaps in the Indigenous finance space by providing early and growth stage equity to Indigenous entrepreneurs.

“Most capital that’s out there is secured, it’s debt, it’s collateralized debt capital, it’s small cap loans,” Mr. Cyr says. “And what we understood from working with businesses … was that you just can’t get good growth on a debt-based platform. You actually need equity to make it work.”

With that focus comes the need to educate Indigenous entrepreneurs on their options. “A lot of Indigenous enterprises have not been exposed to venture capital or impact investing,” Mr. Nairne says. “For us, there’s been a runway here where we’re really looking to democratize access to this information, to build relationships with the entrepreneurs.”

Raven will act as an intermediary, providing support and resources. “Some of these businesses could go to mainstream capital, go to a bank, get a loan, go to BDC [the Business Development Bank of Canada], that sort of thing. But what they’re looking for is a partnership, and they’re looking for Indigenous expertise,” Mr. Cyr says.

Tabatha Bull, chief operating officer at the Canadian Council for Aboriginal Business (CCAB), of which Raven is a member, says Raven is well positioned to connect the social investment community and Indigenous businesses.

“We see a lot of interest in investors in how can they invest their money in order to move economic reconciliation forward,” she says.

Additionally, a 2018 report, titled Impact Investing in the Indigenous Context, concluded there is significant opportunity for further growth in impact investing in Indigenous communities.

And with a rising number of Indigenous businesses – between 50,000 and 60,000 are operating in Canada, according to the CCAB – Ms. Bull says entrepreneurs also benefit from a new fund like this.

“It fills that gap in between some of those small government-backed funds that are available and what a major bank could do for a much larger project,” she says.

“We’re here to actually leave wealth and leave capacity in community. And that gets me excited, because these businesses spin off other businesses and have all kinds of cascading effects,” Mr. Cyr says.

The first business to receive funding is the digital agency Animikii Indigenous Technology, the first Indigenous-owned, certified B Corp in Canada. Discussions are under way with eight other companies, Mr. Nairne says.

Jeff Ward, chief executive officer of Animikii, says he had not previously considered venture capital funding. “I’ve never seen any investments with Indigenous technology as a focus, let alone Indigenous technology social enterprise as a focus,” he says. “I never fully felt valued in certain spaces to the point where I felt like I could talk to a venture capitalist.”

That changed with Raven. “Their interests and our interests are really aligned well,” says Mr. Ward, who is Ojibway and Métis.

The investment will enable Animikii, which has a team of 11 people, to continue to scale, Mr. Ward says, and to also work on building an Indigenous data-sovereignty software product for Indigenous organizations, enabling them to keep data secure and independent.

Raven views its initial $5-million raise as a pilot. “It’s our hope that on the back of this fund, we’ll be able to go out and raise a larger second fund in about two years’ time, where we hope to raise $25- to $50-million to deploy in this space as well,” Mr. Nairne says. 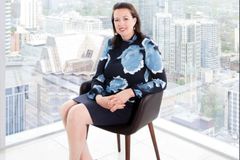 Ottawa earmarks $50-million for three clean-tech funds, but they may not need the money
Subscriber content
June 7, 2019 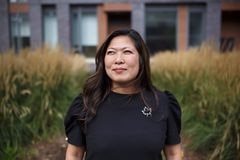 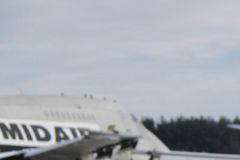