Buried deep in the Ontario budget bill is a section that has made some small business owners irate.

It’s called the Revenue Integrity Act, and it states that businesses must record their sales using an “electronic cash register that meets prescribed requirements,” with fines of up to $10,000 for those who don’t comply.

A spokesperson for Finance Minister Charles Sousa said the goal is to allow the government to raise an estimated $500-million of revenue annually from businesses that hide their sales.

Ms. Martin wouldn’t give more details on exactly what type of hardware or software the Liberal government expects businesses to have, but some believe the costs could be substantial.

Quebec has required restaurants to have tamper-proof sales recording modules (SRMs) since 2011. Since implementation, Revenu Québec has recovered an additional $1.8-billion in tax revenue from the restaurant sector alone.

Ms. Martin said that the government will decide the details of the electronic cash register in consultation with small businesses, and will “consider financial and other supports.” She said the plan is to “ensure a reasonable time frame for transition over the next several years.”

Progressive Conservative MPP Vic Fedeli said he believes the added expense of shelling out for a new cash register system could push some owners over the edge, especially considering how many new expenses they have had to deal with under the current government.

“This is an assault on small businesses because they don’t trust small business,” said Mr. Fedeli, who ran an advertising firm before going to politics.

Toronto barbershop owner Ando Del Maestro said he thinks the government has got the wrong target.

“They talk about $500-million lost annually in the underground economy, but they’ll lose $1-billion and not blink,” he said, referring to the bill former premier Dalton McGuinty left to taxpayers after cancelling two natural gas power plants before the 2011 election.

The word “integrity” in the law’s title is particularly insulting, according to Mr. Del Maestro. “You’re telling me you don’t trust me?” he said. “I would not have a successful business if I was not trustworthy.”

Some industry groups are also upset. Dave Bryans, CEO of the Ontario Convenience Store Association, said that the organization was “blindsided.”

“It’s another move by this government to target small businesses,” he said. “It insinuates that [store owners] are tax cheats.”

Mr. Bryans said that Ontario’s Liberal government has caused electricity costs to rise and raised tobacco taxes year after year, to the point that some convenience stores can no longer survive. In the first quarter of 2017, 91 of approximately 8,000 Ontario convenience stores closed, he said. In the first quarter of 2018, the number of closures rose to 148.

“The trend line says we’re going to lose 500 stores this year,” Mr. Bryans added. “These are families trying to make a living working 12 to 14 hours a day.”

Tony Elenis, president of the Ontario Restaurant Hotel and Motel Association, said that while his industry is “not against integrity,” the vast majority of small business owners are honest and shouldn’t be penalized because of the actions of a few dishonest people.

Mr. Elenis said that the “timing isn’t right” for the potentially costly new cash register systems, especially considering all the added expenses associated with the Liberals’ recent Fair Workplaces, Better Jobs Act. That act increased costs for sick leave, while also raising the general minimum wage from $11.60 to $14 an hour on Jan. 1 – a 21 per cent increase. Another $1 raise is expected on Jan. 1, 2019 should the Liberals or NDP win the June 7 election. The Conservatives have said they’d phase it in more slowly.

“There’s only so much that the business sector can take,” Mr. Elenis said.

Barber Peter Gosling, who co-founded Glassbox Babershop on Toronto’s Harbord Street three years ago, said he too has been hurt by the minimum-wage increase, and may once again need to raise his prices.

But unlike some others in his industry, Mr. Gosling said he isn’t opposed to the Revenue Integrity Act.

Mr. Gosling said he already has an advanced point-of-sale system that he believes wouldn’t be too costly to upgrade.

He also said that he thinks the only reason other barbers are upset by the change is because of an “old-school” mentality in the haircutting trade that it’s acceptable to hide money from the taxman.

Mr. Gosling said he believes it’s only a matter of time before cheaters get caught. “If there’s $500-million that are going missing, that’s not something that’s going to fly forever,” he said.

“The reality is everybody else has to pay taxes,” Mr. Gosling added. “The rules are the rules. The only things you can’t avoid in life are death and taxes.” 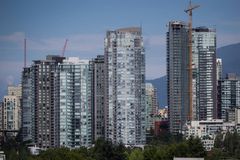 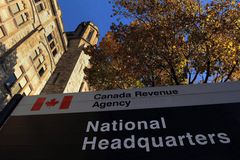 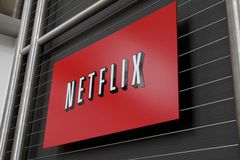