Nobody realizes just how discouraging our judicial system can be until they are faced with the prospect of having to collect on a judgment debt – particularly when the debtor in question is a fraudster. I have had many discussions with prospective clients who ask: “We sued somebody and won, but they haven’t paid – how do we collect what is owing?” Many of these judgment creditors believed that all of their legal problems ended when they won their cases. After spending, potentially, hundreds of thousands of dollars fighting a lawsuit, it is not surprising that people are often displeased and, indeed, shocked to learn that the collection process can be as cumbersome and expensive as the underlying litigation. Many judgment creditors are forced to effectively decide whether they are willing to go double or nothing.

Why can it be so difficult to collect?

No assets: Some debtors legitimately don’t have any assets. What happens if you spend $150,000 to win a lawsuit only to learn that you cannot collect on the judgment? I suggest you frame the order because it will likely be one of the most expensive pieces of paper that you have ever fought to receive.

Lack of tools: While our legal system provides creditors with many tools, it has a surprising number of shortcomings. Consider, for instance, the following scenario. Sally, a business owner, learns that her long-time accountant, John, stole $250,000 from the business. Sally’s corporation sues John and, after emotionally exhausting and expensive litigation, the corporation wins. Months go by, however, and John doesn’t pay. Sally is not concerned because she “knows” that John has money: He lives in a beautiful house and lives a lavish lifestyle. Sally lawyers-up.

Documents produced in the underlying litigation reveal that the stolen money was transferred to bank accounts in Cyprus. Sally's lawyer explains that not only are the odds of recovering that money low, the related costs of trying to do so are high.

Sally’s lawyer then explains that John and his wife jointly own their $3-million house. Jackpot, right? Not so fast. Her lawyer sighs before explaining that while it is certainly possible to sell John’s 50-per-cent interest in the house, it is not actually easy to do. Why? Because most prospective buyers are only interested in buying a whole house, not half an interest in a house. Her lawyer explains that Sally may be forced to jump through countless expensive legal hoops to sell John’s half interest.

The final blow: Sally’s lawyer tells her that he has been unable to uncover any additional assets; Sally is not automatically entitled to obtain John’s financial documents directly from relevant third parties (e.g. the Canada Revenue Agency, banks etc.); and her best bet is to conduct an examination of John, even though nothing really prevents John from lying through his teeth. Sally leaves her lawyer’s office feeling like the system is broken. She is not wrong.

Finding hidden assets: And then there are the debtors who fraudulently hide their assets. Take, for instance, the fraudster who, on paper, appears to have nothing. Court filings reveal that he actually declared bankruptcy five years ago. An in-depth investigation, however, establishes that the fraudster owned a property 30 years ago and fraudulently transferred it four separate times with legal title, ultimately ending up in the name of his girlfriend’s daughter. With some creative legal thinking, you can attack those transfers and seize the properties. The problem is that fraudsters never volunteer this information. You have to discover it for yourself.

Finding hidden assets is no easy task. It requires an understanding of where and how assets can be hidden, how to conduct and interpret appropriate searches, and what legal tools will ultimately be available to attack a transaction. More importantly, however, it requires the innate ability to understand why and how people act the way they do. Based on limited facts, an investigator must set out on a quest to find a needle, which may or may not exist, in a haystack.

Having found hidden assets, a creditor is still only halfway to satisfaction. She must then determine what kind of legal action, if any, to bring. Fraud-based actions are, in many ways, no different from any other type of legal action. They can be long, expensive and risky. They differ, however, in the type of defendant involved.

Why should you care? The strength of our economy depends in part on the strength of our legal system – because the confidence to transact rests in part on the belief that legal rights (e.g. contractual rights, property rights etc.) are meaningful. If people can ignore court orders with impunity, what value do they hold? Asked otherwise, if our legal system has no teeth, what legal rights do any of us really have?

What does all of this mean? From a practical perspective, it means that lawyers should be assessing collection risks and advising their clients about these risks before proceeding with litigation. From a policy perspective, it means that the rules need to change to make it easier to find and seize assets. Providing creditors with increased access to information would be the best place to start. Everybody wins when a court order is worth more than the paper on which it is written. Everybody, that is, except the fraudsters.

Taking over my family business was a minefield. Here’s how we made it work
September 22, 2019 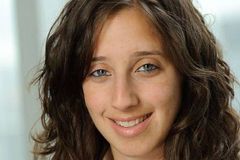