Two British Columbia entrepreneurs are building a fast-growing business on organic menstrual products and straight talk about biology – hoping to demystify puberty and help teen and tween girls “start a discussion about self-care and sex-ed."

Taran and Bunny Ghatrora, founders of Vancouver-based Blume period products, received $3.3-million in seed funding in February from a group of American and Canadian investors including Felicis Ventures, Victress Capital, Panache Ventures and Eric Ries, author of The Lean Startup: How Today’s Entrepreneurs Use Continuous Innovation.

The money will help the company to double its staff from four to eight, develop new products and create educational video content to help entrench the brand’s vision of a safe space for girls to talk about periods.

The sisters started selling their organic-cotton tampons and pads in farmers’ markets in Vancouver in 2016, which helped them get to know their customers face-to-face and become familiar with their needs.

“Girls feel so alone going through puberty … but by sharing stories and speaking with different women, our audience is able to find community in that," says Taran Ghatrora, the company’s 27-year-old chief executive, noting that Blume’s blog has become a focal point for clients to share anecdotes and ask questions.

The company evolved into a subscription service called Ellebox, which delivered a box of products to customers in the mail. Last June, the sisters launched Blume with new products and a new business model, and have made more than $1-million in sales under that moniker.

Blume still offers tampons and pads by mail-order subscription, but it is focusing more now on expanding one-off sales online and through retail distribution, Taran says.

The company has launched several new products, including natural deodorant, blemish treatment and PMS oil – an essential-oil blend they say eases bloating, cramps and headaches. The products are available through Blume’s website, at some Nordstrom and Urban Outfitters locations in the United States, as well as through Anthropologie’s website.

Taran says that before Blume, there wasn’t much in the menstrual-supplies world aimed at young people. “Personal care and especially period care is quite stale and outdated, especially in branding and ingredients,” she says, adding that Blume’s demographic wants to know what they are putting into their bodies and into landfills.

Chief operating officer Bunny, 24, says the company is focused on sustainability from numerous angles. ”The pads and tampons are biodegradable, including the wrappers and bio-plastic applicator … We also believe in full ingredient transparency and don’t include any parabens, sulphates or phthalates in our products.” The pads and tampons are made in Italy; the rest of the products are manufactured in Canada and the United States.

While Blume’s suppliers say the pads and tampons biodegrade in six to eight months, experts say that timeline isn’t realistic when they are placed in a garbage dump – where most feminine hygiene products typically end up. Andrew Marr, director of solid waste planning for Metro Vancouver and member of the National Zero Waste Council, says “most organic materials, including cotton, would actually take much longer to break down in a landfill than people expect … When they do break down, they do so in the absence of air, creating methane, which is a potent greenhouse gas.”

In addition to tapping into sustainably-minded consumers, Blume also sees opportunity in those who are looking for frank, age-appropriate information on bodies and menstruation. With only half of U.S. states mandating sexual education and Ontario recently rolling back its sex-ed curriculum, leaving many teachers confused about what they can and can’t teach, the company wanted its brand to be a trusted information source, Taran says.

“So many people are lost navigating [puberty],” she says, citing internal research that showed 60 per cent of girls found their self-esteem went down when they went through puberty. “If you’re lucky, you might have parents who are proactive, but often times, it’s not the case. A lot of the time we got the information from our friends. We want to provide information that’s medically accurate and factual, but also not clinical.”

Blume’s blog answers questions and shares women’s stories, including a guide called Know Your Flow, aimed at girls getting their first periods. Their expanded video offerings will feature more real stories, a type of content that seems to resonate with their community. “Our customers will send us long letters or e-mails about their struggles with their period, or puberty, or breaking up with a boyfriend,” she said.

Maintaining that sister-like relationship with their clients will be a key factor in Blume’s success going forward, says Jane Lee, co-founder of accelerator Launch Pop, which has offices in Toronto and Los Angeles.

Ms. Lee founded Silly B Intimates, a bra company, before becoming Shopify’s entrepreneur in residence. At Launch Pop, she helps startups go from idea to launch in three months. She thinks it’s smart that Blume is targeting tweens because they represent the youngest-possible segment that would use feminine hygiene products.

“They want to start early and be your brand until you hit menopause,” she said. “This category is very hot; the feminine sexual health and wellness category is really growing.”

Ms. Lee, who works with Blume competitor Rael, believes identifying a narrow target segment and maintaining close connections with clients are keys to a company’s success in a crowded market. She sees Blume’s focus on educational content as a promising way to build a loyal following of people who return to the website on a regular basis. “Community is everything.”

The Globe and Mail Small Business Summit will give you practical ideas to grow your business. More information here. 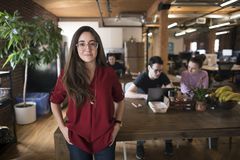 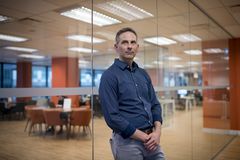 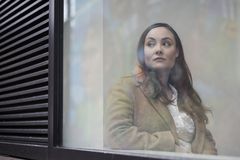