It can be hard for a certain type of business to get into an incubator to expand their company. For entrepreneurs who feel as if they don’t fit in there, it can be hard to want to stick around.

Rusul Alrubail, a Toronto college teacher who developed a writing app, said one of her biggest challenges in launching was being taken seriously by the people she encountered in the startup world. The incubators and conferences she attended were typically full of men; often white, mainly young. It wasn’t often she saw another visible Muslim woman such as herself.

“I didn’t feel welcome and included. I never saw anyone who looked different,” said Ms. Alrubail, whose app is called the Writing Project. “I had to deal with a lot of microaggressions, from being ignored to … realizing [some people were] not willing to help.”

Today, Ms. Alrubail is part of a growing cadre of innovators working to support new businesses in creative ways. With diverse mentors, financial assistance and supports for entrepreneurs with families or jobs, the new crop of incubators is training people who wouldn’t have access to many of the established programs – or who wouldn’t feel comfortable attending them.

The Parkdale Centre for Innovation, Ms. Alrubail’s brainchild, is set for a soft launch in June, with programs beginning in July. It will offer training for people looking to start a business, gain new skills or take their careers to the next level. Her goal for the centre is to offer business support that is culturally inclusive and affordable to the people of Parkdale, one of the lowest-income areas of Toronto.

“I started the centre to provide inclusive programs and pathways for people who are underrepresented,” she told the Globe and Mail, noting people from the community with financial need will have access to reduced-cost or free programming. “That is one way of ensuring it’s inclusive, affordable and meets the community’s needs. The other way is diverse hiring.”

“It was about building a solution that addressed youth unemployment in new ways,” said chief executive Pramilla Ramdahani, who founded the Lab in 2012. “We went out to the users, the youth, and the youth said they wanted to create things and build things but they also wanted support.”

Ms. Ramdahani says she was motivated by Oshawa’s high youth unemployment. “We had to find a solution other than asking to build a résumé at an employment shop … How can we reduce poverty amongst youth using an entrepreneurship lens?”

Participants are not required to have a business plan when they begin, just an idea and some enthusiasm.

“The more tech-types of incubators and small business advisory centres require certain criteria [to access their programs],” she said. “We do see participants from our incubator who at the end may now be more qualified to access those tech incubators … We take that creativity that is sitting in basements and help it move to the next level.”

At least 112 businesses have been started through Community Innovation Lab’s youth and social entrepreneurship streams. The centre encourages people of all abilities to participate, and has accommodated physically disabled and visually impaired entrepreneurs, Ms. Ramdahani said.

Consultant Petra Kassun-Mutch says she’s pleased to see the emergence of more inclusive spaces, but believes we have a long way to go before the average incubator is a welcoming place for all. Ms. Kassun-Mutch works with organizations looking to advance gender equity and inclusion, and believes the types of businesses fostered at many incubators are not the types most women want to run.

“Generally the message is, to be a successful entrepreneur you have to work 25 hours a day, sleep on the couch, give it your all or die. Find investors, leverage debt equity or venture capital. They’re aiming for high growth.

“That’s one way of doing things.”

Many women, however, want to run businesses that “grow a lot of jobs but do it at a pace that‘s right for them, and is not unhealthy to the person, the family, etc,” she said. “The women’s space is highly diffuse. It’s almost like they opt out of the system because women entrepreneurs don’t have a political voice.”

Chioma Ifeanyi-Okoro, who runs entrepreneurship training sessions for members of the African diaspora in Toronto, takes a similar view when it comes to the community she serves. She says her mission is all about “creating a seat at the table” for Africans in entrepreneurship circles.

Co-founder of the website My African Corner, which highlights businesses and events run by people of African descent, Ms. Ifeanyi-Okoro says most entrepreneurs she works with have day jobs, so have to attend training sessions in the evening. She adds they aren’t interested in spaces where they don’t see themselves reflected – creating an opening for organizations such as hers.

“Going to different events in Toronto, I am usually the only person of African descent in the room. The panels are not usually reflective of [my] community and it can feel that you’re not welcome in that room,” she said, adding she’s aiming to launch an incubator-like program in the future.

“When somebody knows something is curated for them, they are more likely to show up.”

Keep up with the latest entrepreneurship news by signing up for the Report on Small Business newsletter at globeandmail.com/newsletters

Former Canadian naval officer goes Down Under to steer startups
May 20, 2018 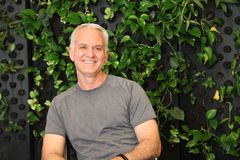 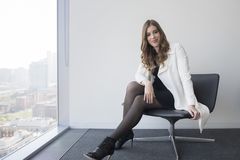