Three summers ago, when Jay Giraud had moved on from his last startup, he spent a lot of time riding motorcycles.

The weather was warm and the roads dry. Mr. Giraud had been on motorcycles much of his adult life. But riding around Vancouver on his Ducati, he felt a constant frisson of risk among all the cars and trucks. “There were too many close calls, on every ride,” he said. Mr. Giraud then experienced the madding traffic of Jakarta on a motorcycle, when he visited the Indonesian capital for a wedding. On the flight home, he thought there had to be a way to make it safer to ride.

Technology and transportation was Mr. Giraud’s bailiwick. In 2008, after a pro-snowboard career and some small-business ventures, he founded his first startup, one that worked on electric-car technology. It attracted some angel investors, but didn’t take off. In 2012, Mr. Giraud started Mojio Inc., to connect cars with the internet. Mr. Giraud signed on Deutsche Telekom to lead an $8-million financing in 2015 and then stepped aside for a more experienced chief executive.

After Mr. Giraud turned his attention to motorcycle safety, he connected with Dom Kwong, a veteran Vancouver hardware engineer. They co-founded Damon Motors Inc. – billed as Damon X Labs. The company is developing technology that combines hardware and software to make motorcycling safer.

It’s Mr. Giraud’s third startup – and it may well be his biggest challenge yet.

Today, Damon has a prototype of its system outfitted on a bike on the second floor of a small space near downtown Vancouver, and a team of engineers at work around it. The Damon system starts with a forward-facing radar and camera. It scans for trouble ahead and buzzes the handlebars to alert a rider to pull the brakes. Radar on each side of the bike sense trouble on the blind spots. A camera on the back – viewed through a screen mounted between the handles – adds eyes for what’s coming from behind.

“One extra second will make all the difference between an accident and a close call,” Mr. Giraud said.

The technology has been road-tested for more than a year and Mr. Giraud hopes the company will make its initial sales by the end of the 2019.

Mr. Giraud says fleet operators such as police departments could be a strong potential market, and his initial goal is to retrofit motorcycles for a commercial operator. Another avenue is to license the technology to motorcycle manufacturers. Longer term, Mr. Giraud sees potential in data-gathering and artificial intelligence – and Damon possibly building its own bike.

Damon has raised $2.4-million so far and in May, will start a seed round to try to raise another US$3-million through SeedInvest, an equity crowdfunding firm based in New York.

It is an uphill fight for Damon, on all fronts.

Mr. Giraud has to convince investors Damon’s technology will work. Then there is the stodgy motorcycle business, averse to change and slow to adopt even basic safety technology such as anti-lock brakes. And while motorcycles are common around the world, the North American market – where expensive new technology could first take hold – is in rapid decline: Motorcycle sales have fallen by almost half from a peak a decade or so ago, and the median age of riders is close to 50.

Serious competition could come from far larger rivals. The top motorcycle brands Honda Motor Co. Ltd. and Yamaha Motor Co. Ltd. are part of Japanese conglomerates that pour money into research and development. Robert Bosch GmbH, the German conglomerate that is a leader in auto parts, is working on similar motorcycle safety technology as Damon.

Mr. Giraud and his current backers believe change in motorcycles will come from outside the established names.

“A lot of these big companies, I don’t find particularly innovative,” investor Bruce Croxon said at Round 13 Capital in Toronto. “There’s been no radical change for many years. It’s emblematic of mature industries. It’s tough to innovate from within.”

Round 13, with $220-million under management, usually invests several millions in established upstarts but does dabble in early-stage companies: “Seasoned entrepreneurs with big ideas,” Mr. Croxon said. Round 13 invested $250,000 in Damon last fall.

Mr. Croxon, who ran and sold online dating website Lavalife and then appeared as a “dragon” on CBC’s Dragons’ Den, said the big risk is whether Damon can get off the ground. “One of the perils of investing in really early stage is you don’t have existing revenue to fall back on.”

Zack Courts, co-host of the show Throttle Out online for MotorTrend, said Damon might find space to gain traction.

“One cool thing about the motorcycle industry is it’s small enough that small companies can have an impact,” Mr. Courts said.

He noted that while the likes of Honda are sprawling corporations, and could develop similar technology in-house, Damon isn’t necessarily in direct competition. “You’re not going up against Honda,” said Mr. Courts. “You’re trying to improve a Honda.”

Mr. Giraud’s immediate challenge is raising more money. SeedInvest has worked with 150-plus companies to raise about US$100-million; in Canada, Damon will use online investment platform FrontFundr.

Mr. Giraud knows it will be a tough sell.

“Mine have always been complicated businesses,” he said.

Is your business growing? We want to hear from you. Report on Business has launched a new ranking of Canada’s Top Growing Companies. Learn how you can participate by clicking here. 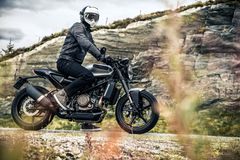 The dirty side of motorcycling
September 26, 2018 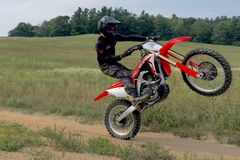 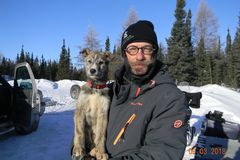