A U.S. activist investor is suing TransAlta Corp. in a bid to stop the power producer’s $750-million partnership deal with Brookfield Renewable Partners LP, claiming executives and directors are putting their own interests above those of shareholders.

New York-based Mangrove Partners Master Fund Ltd. is seeking to have an Ontario judge set aside the Brookfield transaction after the fund last week abandoned an effort to persuade securities regulators to force TransAlta into delaying its annual meeting and holding a separate shareholder vote on the deal.

Mangrove, which has 7.1 per cent of TransAlta’s shares, asserts that the transaction was rushed and prevented a possible sweeter deal for the generator’s hydroelectric assets, which it says are the company’s crown jewels. It has said it intends to withhold votes for three TransAlta directors at the annual meeting, which is scheduled for Friday.

“The transaction was not motivated by a desire to act in the best interests of TransAlta’s shareholders, but rather was designed to entrench TransAlta’s board of directors and to frustrate the plaintiff’s efforts to elect a highly qualified minority slate of directors who would enhance the value of TransAlta,” Mangrove said in its statement of claim, filed at Ontario Superior Court of Justice on Tuesday.

Before filing the claim, Mangrove was allied with Bluescape Energy Partners, and together they controlled more than 10 per cent of the outstanding shares. However, they are no longer acting jointly, Mangrove said.

Mangrove’s public opposition, which followed its purchase of shares through late 2018, has prompted TransAlta’s chief executive officer, Dawn Farrell, and chairman Gordon Giffin to defend the structure and how it all came about. Ms. Farrell has said she is surprised that the activists are unimpressed with several shareholder-friendly aspects, including rewarding investors with a buyback, speeding the company’s shift to gas- from coal-fired power and reducing debt.

Mr. Giffin, meanwhile, has criticized Mangrove for being unfair to other shareholdersthrough its multipronged campaign of opposition and delaying tactics ahead of the annual meeting.

The company declined to comment on Mangrove’s statement of claim on Tuesday.

In it, Mangrove detailed how it had been in discussions about ways to boost TransAlta’s value in the weeks before the Brookfield deal was announced. Calling TransAlta’s moves “oppressive,” the fund claims that TransAlta hurried discussions with Brookfield as a way to counter the threat of a proxy battle. The dissident said there was no urgency to do such a deal because it was not in immediate need of cash. Its claims have not been tested in court.

Mangrove also claims that Brookfield had made an overture to merge with TransAlta, then spin off similar operations as stand-alone companies, in 2015.That same year, and then two years later, Mangrove says, Brookfield along with partners offered to purchase all the shares of TransAlta, floating ultimately unsuccessful proposals. It did not disclose the source of the information.

“The TransAlta board has made every effort to obscure the true process by which the Brookfield transaction came to pass and their motives for entrenching themselves at the expense of shareholders,” Mangrove founder Nathaniel August said in a statement. “As a large and engaged shareholder of TransAlta, we cannot allow this conduct by the board and its special committee to go unchallenged.”

Under the deal, Brookfield will add two executives, Harry Goldgut and Richard Legault, to TransAlta’s board and said it will buy more shares until its ownership rises to 9 per cent, up from nearly 5 per cent currently. TransAlta is also nominating Robert Flexon, former CEO of U.S. power producer Dynegy Inc., as a director. 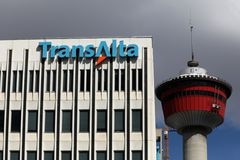 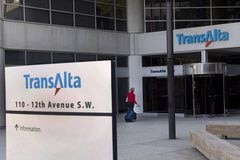