Air Canada will pay 10 per cent more than planned to buy the Aeroplan loyalty rewards program and bring it back in-house, boosting the final purchase price to half-a-billion dollars.

Under the transaction’s final terms, announced on Thursday, the airline has bumped its final price to $497-million. When the buyout agreement was reached in August, Air Canada had agreed to pay $450-million. The hike stems from recent adjustments to assumptions of future revenues and liabilities that benefit Aeroplan’s parent company and owner, Aimia Inc.

Despite the jump, Air Canada remains the big winner of the takeover saga, helping to explain its aggressive tactics during the battle.

In late November, the airline reached new agreements with Aeroplan’s credit-card partners. In just one of these deals, Toronto-Dominion Bank will pay $1-billion to Air Canada to be the plan’s lead financial partner. Canadian Imperial Bank of Commerce and American Express Canada are also chipping in to be secondary partners.

Veritas Investment Research analyst Dan Fong noted when the deals were announced: “Air Canada’s credit-card partners are effectively funding the airline’s purchase of the loyalty program.” At the time, he calculated a net cash benefit of about $800-million to Air Canada when all was said and done.

The card partners see so much value in the program because it has five million members, and Canadians seek out the credit cards that earn them Aeroplan miles when they spend. The banks then make money from interest charged on the cardholder balances, as well as from interchange, or transaction, fees merchants pay to the banks every time the cards are used.

But to realize the benefits, Air Canada had to get aggressive. Aimia used to be a division of Air Canada, and the airline’s chief executive, Calin Rovinescu, happened to be one of the masterminds behind Aimia’s initial public offering in 2005 – meaning he targeted the company he took public.

The takeover saga started in May, 2017, when Air Canada announced that it would end its contract with Aeroplan in 2020 and announced plans to build its own in-house loyalty program. The news sent shares of Aeroplan-parent Aimia plummeting 63 per cent in a single day, because Air Canada was such a crucial partner for the plan.

For the next 14 months, it seemed Air Canada was serious about building its own program from scratch. But last July, the airline shocked analysts and investors by launching a hostile bid for the rewards program. Teaming up with a consortium comprised of TD Bank, CIBC and Visa Canada Corp., Air Canada offered to pay $250-million for Aeroplan – even though Mr. Rovinescu took Aeroplan public in 2005 at a $2-billion valuation.

It has become clear since then that Air Canada was even more aggressive than was publicly known at the time. In a recent regulatory filing, Aimia disclosed that three months before the public bid, Air Canada teamed up with a private equity firm to acquire all of Aimia – not just Aeroplan – in April, 2018.

With a private-equity firm as the lead bidder, Air Canada seemed like more of an arms-length partner. But Aimia’s board rejected that offer and, instead of giving up, Mr. Rovinescu took the lead role, in a bid that was solely for Aeroplan.

He also made it public, and to sell the bid to Aimia shareholders, Mr. Rovinescu stressed Aimia’s $2-billion liability for unredeemed Aeroplan miles. The suggestion was that the company would be in deep trouble if its members rushed to cash in their miles before the Air Canada contract expired in 2020, because Aimia only had $300-million reserved to cover the liability.

The scare tactic worked. After some tense negotiations, the two sides reached a deal in August after Air Canada boosted its offer price to $450-million.

In an e-mail, airline spokesperson Peter Fitzpatrick disputed the characterization of Air Canada’s actions as aggressive, taking issue with the suggestion in financial circles that the airline deliberately sank Aimia’s stock price to buy the company cheaply. “In 2017, we made the decision that the commercial agreement with Aeroplan no longer worked for us (for multiple reasons such as economics, data on customers, access to our seat inventory, etc.),” he wrote.

But in the end, all that will likely matter are the financials. And on this front, the airline looks good. Air Canada got more than double the amount it paid for Aeroplan from its credit-card partners.

The icing on the cake is that the $2-billion in miles liability has likely already substantially shrunk, too. Veritas’s Mr. Fong noted Thursday that this figure included the profit margin that Air Canada built in to make money from Aimia. Come 2020, the airline does not need to charge itself the same price, which shrinks the dollar value of the liability. 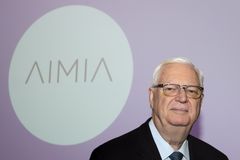 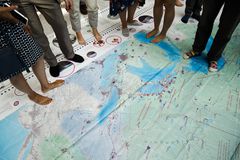 Canadian air travellers could be compensated for being bumped, long delays
December 17, 2018 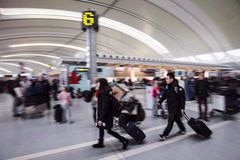