The Supreme Court ruled last week that the “polluter pays” principle is paramount even when oil companies are insolvent, meaning that any funds left must go first to cleaning up and reclaiming spent and non-commercial wells before lenders can recoup their investments.

The ruling in what is known as the Redwater case could bring further chill to an industry in which the ability of companies, especially smaller ones, to borrow money has shrunk through four years of weak prices for oil and gas and squelched cash flows.

“It’s going to reduce the recovery for bank [loans] in a bankruptcy," said Paresh Chari, senior oil and gas analyst at Moody’s Investors Service. “Our view is that this could potentially reduce the amount of borrowings a bank could give to oil and gas companies.” The companies most affected will be those with weaker credit ratings and their financial positions will suffer as a result of smaller borrowing capacity, he said.

The 5-2 decision overturned lower-court rulings that effectively allowed a bankrupt energy company called Redwater Energy Corp. to sell its most profitable wells and force the wider industry to cover costs of cleaning up the rest through an orphan-well fund into which companies pay. That fund has been overburdened as bankruptcies piled up – at last count 4,349 wells had no solvent owner, up eightfold in the past four years – prompting the Alberta government to step in with $235-million in loans.

The ruling is a victory for the Alberta Energy Regulator as it seeks to enforce cleanups to prevent the inventory of spent producing sites from ballooning more.

Still, the new legal reality will play into redeterminations of oil patch borrowing bases, which take place in the spring and autumn. Redeterminations are essentially a lender’s evaluation of companies’ reserves and their financial ability to extract and sell them profitably. The lenders then use that to decide how much financing to make available. Some companies could also face higher interest rates as a result.

“We would expect elevated scrutiny on lines of credit on the next semi-annual credit review of lending syndicates relating to heightened focus on [cleanup] liabilities … within the borrowing capacity determination as a result of this ruling,” said Robert Fitzmartyn, analyst at GMP FirstEnergy.

Equity investors could see reductions in companies' credit as yet another reason to avoid investing in the sector, already beset by chronic delays in pipeline expansion, weak prices for natural gas, Alberta government intervention in the oil market and a perception that new federal environmental regulations will further restrict operations.

Lines of credit for many oil and gas producers were cut in 2016 as the steep drop in commodity prices increased the risk of default. Banks with high exposure to the smaller companies were forced to take provisions in case some of their clients became insolvent. National Bank of Canada, for example, took a $250-million provision to account for bad loans in the sector that year. This prompted it to reduce its exposure to small energy producers.

“We had a handful of companies that had to sell assets to get themselves out of the liquidity box that they were put into by the redetermination of their bank lines. In this go-around, I think the impact is going to be less,” Mr. Chari said.

Sean Keaney, an analyst at TD Securities, said he believes fears about the impact of the Redwater decision are overblown. He pointed out that reserve-based loans are calculated on the value of assets minus costs such as future cleanup and decommissioning. Those estimates need to be increased now, but even for companies with high liabilities in this area, they are likely to increase by less than 10 per cent, Mr. Keaney wrote in a note to clients.

There could be other reactions, though. Lenders could seek to impose more conditions on debt, making borrowing more onerous in other ways, the law firm Osler, Hoskin & Harcourt LLP said in a report discussing the Redwater ruling. Banks could require their oil patch clients to clean up a specific number of wells each year using their cash flows, for instance. They could even begin looking at the finances of clients’ joint-venture partners to make sure they too can live up to environmental obligations.

Tristan Goodman, president of the Explorers and Producers Association of Canada, which represents independent oil and gas companies, said he believes banks and investors had factored in the potential for the court to rule as it did, and expects the overall impact to be minimal. “I recognize there are others who share a different opinion, but I have talked to a lot of the institutions and there are much bigger macro problems than this,” he said. 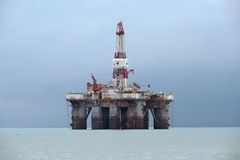 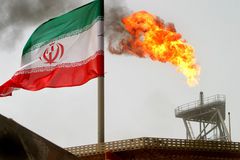