One of Bay Street’s biggest energy bulls is urging CEOs in the industry to plow money into major share buybacks as investors eschew the stocks.

Eric Nuttall, portfolio manager at Ninepoint Partners, wrote to the chief executive officers of 13 Canadian midsize oil and gas producers to stress the urgency of buying back more than 10 per cent of their own stock as valuations languish owing to uncertainty over the industry’s ability to add export pipeline capacity amid chronic legal and regulatory delays.

“Clearly my own unit holders need positive performance this year but I would also suggest that we are all in the same boat for both obvious (personal net worths) and less obvious reasons. Anger is building,” he wrote.

“Some of your companies are trading at such insane levels that I am confounded as to why private equity has not yet made hostile takeover attempts.”

The letter reflects growing frustration among long-term investors who have watched as shares in Canadian energy companies have remained under pressure while the global sector has emerged from a lengthy downturn and as activity has boomed, especially in the United States.

“We need urgent and radical action because it’s clear there’s a bust with oil up 30 per cent and multiple Canadian names down on the year,” Mr. Nuttall said in an interview. “We’ve had conversations here and there, but there’s so few people who are willing to instigate a conversation of this nature. I’m just trying to point out that it’s in everyone’s best interest.”

In the letter he said he was confused as to why companies are not using free cash flow to buy back more stock when the shares are trading, in some cases, below reserve value.

“How can anyone justify drilling a single well beyond that required to maintain flat production given these valuations?” he wrote. “The market clearly does not care about growth and while I admit that the market’s desires can change faster than you can adapt business plans to them the discussion of ‘return of capital’ is only growing south of the border (your largest competitor for investment fund flows).”

Companies can hedge their crude based on the current West Texas Intermediate futures strip – the average price for the next 12 months – at around US$60 a barrel, or nearly $80 Canadian, which would secure cash flow for issuer bids until major Canadian and international institutions return to invest in the sector, he said.

Some companies have launched buybacks, if not of the magnitude Mr. Nuttall is urging. Crescent Point said last month it had purchased 1.3-million of its shares since launching a normal course issuer bid in January. Its average price was $3.89 a share, a sum it said was a large discount to its net asset value.

Brian Ector, vice-president of capital markets and public affairs for Baytex, said capital allocation is one of the strategic decisions made at the board level, and the current priority for the company is to concentrate on debt reduction. Buybacks remain a future consideration, he said. The industry understands the disgruntlement, however, Mr. Ector said.

“Eric laid it all out really well in his letter, and we all share that frustration. There’s nothing we’d like more than to see our egress issues in Canada fixed, and no further need for government [production] curtailments or crude by rail. That’s not the world we’re living in today,” he said.

In the past year, the S&P/TSX capped energy index is down about 8 per cent, reflecting weariness of investors. Not helping matters has been new delays with old pipeline proposals, including Enbridge Inc.'s Line 3 replacement and TransCanada Corp.'s Keystone XL. 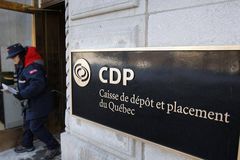 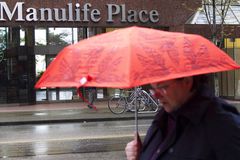