Canada’s big investment banks are preparing for the possibility of a worst-case Brexit scenario, with some taking steps to bolster their Dublin offices in case Britain is not able to strike a deal with the European Union before the new Halloween deadline.

The six-month extension granted to Britain by European Union leaders on Wednesday has averted the possibility of a “hard Brexit” occurring on Friday. But Canadian banks are continuing to prepare for all possible outcomes, putting together contingency plans to ensure that they’ll be able to continue serving both U.K. and European-based clients in the event that Britain loses its “passporting” privileges, which permit bankers licensed in London to do business across the continent.

The Bank of Nova Scotia is readying itself to migrate some aspects of its European capital markets business from its London office to Dublin if necessary, said Jake Lawrence, co-head of the bank’s global banking and markets division.

“We do have an operation in Ireland that will continue to be an EU-passported entity, so we will still have the ability to continue to access the EU,” Mr. Lawrence said in an interview Wednesday.

But some changes to Scotiabank’s business processes would need to be made in a hard-Brexit scenario, and Mr. Lawrence said the bank has taken steps to prepare for that possibility.

Scotiabank has already moved a number of loans over to the Dublin entity, appointed a head of corporate banking for Ireland – Maxime Comeau, who most recently headed up corporate and commercial banking in El Salvador – and has kept regulators in both Ireland and Britain appraised of its plans.

“We have taken some steps already and we’re prepared to take more as required, subject to how Brexit unfolds,” Mr. Lawrence said. Scotiabank has had “boots on the ground” in Ireland since 1966 and currently employs 55 people in Dublin, so meaningful changes to its headcount in Ireland won’t be necessary, he added.

Toronto-Dominion Bank has also chosen Dublin as the hub for its European capital markets business in the event of a no-deal Brexit. In 2017, the bank announced plans to expand its Dublin office by adding new hires to build out a bond trading unit. At the time, TD employed only two people in Dublin and said it planned to boost that number to 10.

“We’ve been in Ireland for many years as well, but we’ve expanded that to accommodate any eventuality here," TD chief executive Bharat Masrani told reporters after the bank’s annual meeting of shareholders in Toronto on April 4.

Mr. Masrani said he’s satisfied with the plans that TD has in place to ensure it can continue to operate in Europe and Britain following a no-deal Brexit. What he’s more concerned about is the potential economic effects of such a situation.

“It’s one of those geopolitical events that may impact [global economic] growth in a fundamental way, and we shouldn’t underestimate that risk going forward," Mr. Masrani said.

The Bank of Montreal said in a statement that it’s “well prepared” for all potential Brexit outcomes, and that it’s committed to maintaining a strong presence both in Britain and in the European Union.

The Investment Industry Regulatory Organization of Canada (IIROC) is encouraging firms with European businesses headquartered in the U.K. to assess how Britain’s withdrawal from the EU would impact their businesses.

“It is important for all firms to take appropriate steps to manage their financial and operational risks,” an IIROC spokesperson said in the statement.

The regulator also noted that it has controls – such as circuit breakers put in place after the 2010 flash crash – to ensure orderly capital markets in times of volatility.

A report published by Ernst & Young back in 2018 said that it has become clear investment banks will need a non-U.K. entity to ensure they are able to access European markets. The report recommended that banks figure out how they will book client flow and manage risk through those European entities.

“Given the level of uncertainty and the significantly greater implications of a hard Brexit, most banks are planning for this as a worst case and considering operating model designs that allow them to continue to provide European client coverage in an environment where U.K. entities do not have access to the European market," the report said.

With reports from James Bradshaw

Why shorting the Canadian banks on housing makes no sense
Subscriber content
April 10, 2019

The yield inversion is bad news for Canadian banks. Here’s what investors should do about it
Subscriber content
March 26, 2019 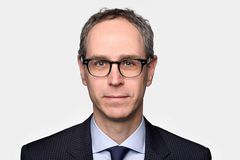