Ceridian HCM Holding Inc. is set to begin trading on the New York and Toronto Stock Exchanges Thursday after raising upwards of US$560-million in its initial public offering.

The human-resources software firm, based in Minneapolis but managed out of Toronto by Canadian chief executive officer David Ossip, priced its offering early Thursday, saying it will sell 21 million shares, which will trade under the ticker CDAY on both exchanges, at US$22 apiece – slightly above the target of US$19 to US$21 disclosed earlier this month. The underwriting syndicate – led by Goldman Sachs, JPMorgan, Credit Suisse and Deutsche Bank and which also includes Canada’s CIBC Capital Markets and Canaccord Genuity – have an option to buy an additional 3.15 million shares.

The company’s private equity backers, Thomas H. Lee Partners LP and Cannae Investors LLC have committed to buy an additional $100-million worth of stock in a concurrent private placement.

That means Ceridian will raise a minimum of US$562-million in gross proceeds and as much as US$631-million in the offering, which it plans to use to redeem the US$475-million principal of its outstanding 11-per-cent senior notes due 2021 and pay a portion of the interest.

The company goes into its first trading day with a market capitalization of about US$3-billion, a record value for a TSX-listed tech company on the day of its IPO, according to the exchange’s parent company, TMX Group Ltd. The IPO also ranks as one of the 30 largest by TSX-listed companies in terms of gross proceeds raised.

Ceridian, one of the oldest tech firms in the United States, became a hot cloud-software company under Mr. Ossip’s leadership after it bought his Toronto software firm Dayforce Inc. six years ago for more than US$100-million and made him CEO.

Mr. Ossip, who had previously led successful Toronto-based HR software firm Workbrain Corp., transformed Ceridian from a slowly declining payroll processor – whose dated software ran primarily on mainframes – into a savvy, web-based provider of subscription-software services, not just for payroll but other areas of HR management as well.

The Dayforce platform now has 3,000 customers, having grown at a compound rate of more than 60 per cent since 2012, with revenue of US$751-million last year. It is also considered one of the key disruptive forces in the HR services industry.

Mr. Ossip has been richly rewarded for improving Ceridian’s prospects after it struggled following a US$5.3-billion leveraged buyout in 2007 led by Thomas H. Lee and Cannae. He earned US$17.7-million in compensation last year, predominantly in option and share awards, and his 4.6 million shares are worth US$101-million on paper heading into Thursday.

As part of the transaction, Ceridian said it will spin out to existing shareholders its interest in an online-software platform called LifeWorks, which employers use to offer assistance and wellness programs – as well as perks and discounts – to employees. 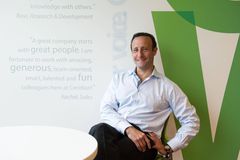 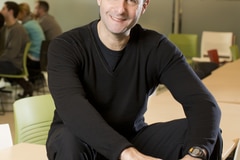