The Royal Bank of Canada is beefing up its investment-banking presence in the U.S. and Europe as it braces for disruption stemming from a tide of protectionism sweeping the world.

RBC Dominion Securities is adding to its team, snapping up eight bankers at the managing-director level in the United States this year and five in Europe over the past 12 months – a move aimed at bolstering the advisory and equity underwriting side of its global investment-banking business.

The new hires come as the bank-owned dealer increasingly looks to generate new growth in overseas markets amid a slowdown in Canadian financing activity.

“If we go into a more protectionist phase of the global economy, which it certainly appears like we are, that is going to have a bunch of knock-on implications,” Derek Neldner, RBC’s new head of global investment banking, said in an exclusive interview with The Globe and Mail.

“We need to be mindful of where it may slow activity and what does that mean for our business,” he added.

Political uncertainty stemming from trade talks between Canada and the United States has put a damper on Canadian financing activity. The first half of 2018 saw only seven initial public offerings come to market, raising a combined $958.5-million, according to quarterly data from Thomson Reuters. That’s down from 12 IPOs raising a total of $3.6-billion in the first half of 2017.

“Nobody wants to take any bold steps without knowing exactly what the new landscape is going to look like,” Mr. Neldner said.

Political turmoil, however, could also create opportunities for the bank as clients look to reposition their businesses.

A 23-year investment-banking veteran at RBC, Mr. Neldner was appointed to his new role in June, giving him oversight of the bank’s U.S. and European investment-banking businesses. RBC hasn’t had a global head of investment banking since Doug Guzman vacated the role in 2015 to head up wealth management and insurance.

RBC Dominion Securities, which muscled into the U.S. market on the strength of its loan book amid the fallout from the global financial crisis, is somewhat overweight on debt-related products south of the border, Mr. Neldner said. The recent hires, who predominantly come from advisory-focused shops, are intended to remedy that.

Take, for instance, Laurence Grafstein, RBC’s incoming deputy chairman of global investment banking. RBC hopes the seasoned banker, who most recently served as the head of mergers and acquisitions for the Americas at UBS, will be able to use his board relationships and experience to bring in more advisory work, Mr. Neldner said.

Other notable hires include Kent Savagian, who will head up RBC’s Los Angeles global investment banking office, and Hank Hilliard, who will become head of exploration and production within RBC’s U.S. energy investment-banking business.

The investment dealer has also been looking to grow its investment banking presence in Europe, with plans to expand its operations in Frankfurt and Paris and into Amsterdam, where it has hired a banker to cover the Benelux region.

RBC has had an investment-banking presence in London for roughly a quarter of a century. Its growth accelerated in 2010 when a sluggish European postcrisis economy provided an opportunity for the dealer to replicate the strategy it had successfully executed in the United States.

In 2014, it set its sights on continental Europe, opening an office in Frankfurt and the following year in Paris.

As it looks to further that growth, RBC faces stiff competition. European banks that have struggled in the U.S. market have been retrenching, leaving them “laser focused” on their operations back at home, Mr. Neldner said.

And while the pullback from the United States by large European players could create an opportunity for RBC to gain market share south of the border – Mr. Neldner says there’s a “very credible case” why the investment dealer should be able to move up in the global league tables from the 10th place it currently occupies – he acknowledges that it won’t be easy.

“The U.S. is really the most attractive market there is for capital-markets businesses,” Mr. Neldner said, citing business-friendly government policies and recent tax changes that have enhanced profitability. 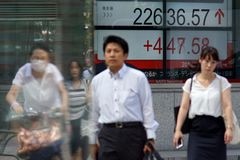 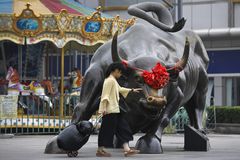