Software firm Shopify Inc. added US$440-million to its war chest last week with a stock offering that it said would improve its balance sheet and help pay for future growth plans. That decision has proved to be a headache for its shareholders and the investment banks that led the deal.

Shares in the Ottawa-based company have been in a tailspin, down 19.5 per cent since last Thursday, when Shopify announced the equity deal. The stock sale appeared to catch investors off guard, as the company laid out no specific details for spending the money and had previously said it was not planning an offering. Equity markets have also been slumping in recent days, which has not helped matters. Shopify’s U.S.-listed shares, which fell 13 per cent on Friday, dropped another 7.5 per cent on Monday, closing at US$129.66.

Shopify has been a market favourite ever since it went public in 2015, and prior to Thursday’s news, its share price was up 59 per cent so far this year on the New York Stock Exchange. The rally reflected strong revenue growth along with assurances from company executives that Shopify’s US$1.6-billion cash holdings would cover its growth strategy. The company remains unprofitable as it spends to get bigger, and lost US$63-million in the first nine months of the year.

Shopify executives have consistently said they try to hold cash reserves equal to 10 per cent of the company’s market capitalization, which is currently US$14.3-billion. In a conference call in August, Shopify chief financial officer Amy Shapero explained the company was renewing a filing with market regulators known as a shelf prospectus. These filings, which allow companies to raise capital quickly, sometimes signal a plan to sell new shares, which can depress the share price. But the CFO went out of her way to deal with those concerns. Ms. Shapero said: “To be clear, we consider this to be ordinary course of business, given the pending expiry of our current shelf, and we have no current intention to undertake an offering."

Shopify used that shelf prospectus on Thursday to sell 2.6 million shares at US$154 each, a 4-per-cent discount to the market price at the time, in an offering that was led by investment banks Morgan Stanley and Credit Suisse. Shopify executives declined to comment further on the equity offering, which is expected to close on Tuesday.

Shopify’s investment banks guaranteed the company US$154 a share and received a 2.5-per-cent fee on the deal, according to analyst Blair Abernethy at IA Securities. Investment bankers at rival firms said the subsequent decline in Shopify’s stock indicates not all the shares sold to investors on the original terms. Whenever that happens, the investment banks leading the deal often have to cut the price and take a loss, in order to ensure they can move the stock to clients.

This sort of equity sale also often attracts hedge funds, who buy into offerings on expectations that the stock price will pop and are quick to sell their positions if a stock slumps, which can make for significant price swings after a financing. Executives at Morgan Stanley and Credit Suisse declined comment.

This is the second large equity offering from Shopify this year, Mr. Abernethy noted. “While the company has yet to deploy the US$657-million it raised in February at US$137 a share, we believe that this new financing reflects an expanding investment opportunity set,” he said. Mr. Abernethy expects Shopify will eventually use its capital for acquisitions, with a focus on e-commerce platforms that make use of artificial intelligence and augmented reality.

Eventually, Shopify is expected to invest its US$2-billion of cash on acquisitions that expand the services it offers, including moves into new sectors such as merchant cash-advances and shipping programs, while expanding to new markets and languages. The company currently provides sales software and other e-commerce services to more than 600,000 businesses in approximately 175 countries. 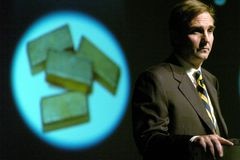 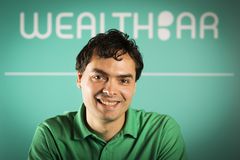 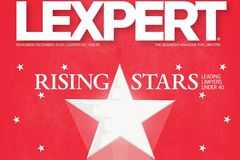