A Toronto-based health technology upstart is taking a page out of the books of tech unicorns such as Spotify and Slack, foregoing a traditional initial public offering in favour of the more unconventional direct listing route.

“We definitely considered all options,” said Jeff Ruby, who founded Newtopia Inc. in 2008. The company, whose clients are primarily U.S. employers and insurers, uses technology to encourage people to change their habits in order to prevent disease. Newtopia is planning to direct list on the TSX Venture Exchange in the second quarter of this year, then eventually graduate to the big board – the Toronto Stock Exchange – and dual list on the NASDAQ.

“This approach felt like it met our business requirements and met the needs of our institutional investors. And it doesn’t hurt that some of the tech companies that we want to be aligned with – the likes of Spotify and Slack – are proceeding on that basis as well," Mr. Ruby added.

Direct listings, which offer a less costly alternative to initial public offerings, are rare, says Shane Quinn, head of communications and public affairs at the TMX Group. But they do happen “from time to time” – both Hashchain Technology Inc. and Katipult Technology Corp. used this route to go public on the TSX Venture Exchange in 2017.

But with a number of high-profile events in the United States – Spotify Technology SA did a direct listing last year and workplace messaging app Slack is expected to follow suit – the fundraising method could gather steam among smaller technology companies.

In an IPO, a company looking to go public will typically work with a syndicate of investment banks, who will advise it on pricing and timing, market the issue to potential investors during what’s called a road show and underwrite the offering.

Direct listings, in contrast, come with much less fanfare – and, typically, much smaller commissions for investment banks. A direct listing also doesn’t involve raising new money. Instead, the company’s employees and private investors convert their ownership into stock that is then listed on an exchange.

For that reason, Peter Miller of BMO Nesbitt Burns doesn’t think it will become a widespread trend in Canada.

“Spotify is in a situation where it’s an incredibly well-known global brand, so it’s probably in a unique position," said Mr. Miller, head of Canadian equity capital markets.

“Most of the technology companies don’t have that kind of cache and awareness, so a story has to be told, and an IPO is the way to do it. And most are going public not just for liquidity for their shareholders but because they need growth capital.”

Jolyon Burton, president of health-care focused investment bank Bloom Burton & Co., agrees that Canadian mid-cap companies are unlikely to go this route. But high-growth companies such as Newtopia can use the direct listing process to create a sort of deconstructed IPO – raising cash from investors in a private financing round on the promise that they’ll go public by a certain date. That allows the company to get speedy access to capital, while guaranteeing liquidity for investors further down the road. Newtopia is in the midst of such a process – it’s looking to secure about $20-million in financing from institutional and accredited retail investors.

“I don’t think that the broad banking community in Canada is going to be doing like 10 of these a year each, because IPOs and RTOs are still very popular. But I think we will probably see this methodology double and triple each year for the next several years, just because of Spotify and Slack making it headline news.” 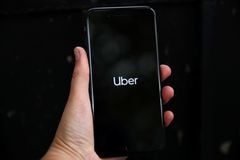