Trade uncertainty and a gloomy economic outlook prompted many Canadian companies to delay their public market debuts, opting instead for cash infusions from private-equity investors.

The U.S. market for initial public offerings (IPOs) has been strong, driven partly by a number of large, high-profile technology firms – including Slack Technologies Inc., Uber Technologies Inc. and Pinterest Inc. – that have chosen to go public this year. Many of these companies have used private capital to fuel their growth into so-called unicorns – privately held startups valued at more than $1-billion – and early investors have been eager to cash out.

Canada’s capital markets, in contrast, have been quiet for the first half of the year, with only six IPOs raising $599.1-million, according to the latest data from Refinitiv. That’s down from the first half of 2018, another slow year, when seven IPOs raised $972-million. Refinitiv’s figures do not include offerings smaller than $5-million.

“The decline in IPO volumes is not due to a lack of demand for IPOs but is a result of a lack of supply of companies ready to go public," Sante Corona, head of equity capital markets at TD Securities, said in a statement.

Many IPO candidates have chosen to forgo the public markets for the time being in favour of private-equity partners, said Tyler Swan, managing director and head of execution in the equity capital markets division at CIBC World Markets.

“While Canadian markets would welcome more IPOs by growth-oriented companies, the timing hasn’t been right for many private companies,” Mr. Swan said in an e-mail. “We anticipate that activity will increase with several companies evaluating an IPO in the fall time frame."

Chris Blackwell, head of Canadian investment banking at Canaccord Genuity, noted that private-equity investors have been in stiff competition for deals, which in some cases has bid up company valuations higher than what those firms would be able to fetch in the public markets. Canaccord led two IPOs in the first half of the year, putting it ahead of the big bank-owned dealers to snag the top spot for IPOs.

“There’s just so much private-equity capital chasing a limited number of deals that they’re having to pay more than they used to for transactions," Mr. Blackwell said. "If you’re a seller, that’s a more attractive option than taking [your company] public because you’ll get a higher value.”

So far, the biggest Canadian IPO of the year was that of technology firm Lightspeed POS Inc., which raised $276-million during its public-market debut in March. The second-largest was Montreal-based Milestone Pharmaceuticals Inc., which raised $127.9-million on the Nasdaq in May, followed by a $113.1-million raise by special purpose acquisition corporation Canaccord Genuity Growth II Corp., according to Refinitiv.

Dean Braunsteiner, leader of PwC’s IPO services group in Canada, said IPO activity “all but stopped” in the second quarter of the year, as re-escalating trade tensions have made it tough for companies to demonstrate their future growth prospects.

“We’ve got the trade dispute with China which is overhanging the market, as well as NAFTA 2.0, which has not yet been ratified in the U.S.," Mr. Braunsteiner said. “It creates enough uncertainty that it’s a challenge for Canadian companies to demonstrate what their future profitable growth run rate could be." 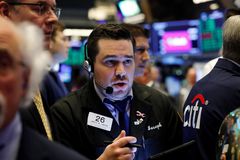 Lyft and Uber were duds, but the U.S. IPO market is having a great year Subscriber content
June 25, 2019 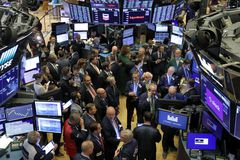 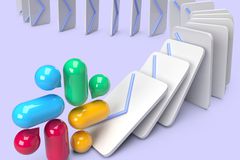