The U.S. Securities and Exchange Commission is suing Canadian tech startup Kik Interactive Inc. for allegedly conducting an illegal securities offering when it sold US$100-million of digital tokens in 2017.

The securities watchdog alleges that the Waterloo, Ont.-based company, which operates a popular messaging app, violated securities laws because it failed to register the sale of its virtual “Kin” tokens. A total of US$55-million was raised from American investors through the tokens, according to the SEC.

Securities regulators around the world have grappled with how to respond to emerging fundraising methods such as initial coin offerings, or ICOs, where companies sell digital tokens or coins to finance a new venture. The crux of the issue is whether such a sale constitutes a securities offering, which legally requires a company to disclose certain information to prospective investors

In April, the SEC published a framework to help determine whether or not digital assets are securities. The framework cites a U.S. Supreme Court case referred to as the Howey case, which determined that an investment contract exists whenever there is an investment of money in a common enterprise, with an expectation of profits to be derived from the efforts of others.

“Kik told investors they could expect profits from its effort to create a digital ecosystem," Robert Cohen, chief of the cybercrime unit in the SEC’s enforcement division, said in a statement.

“Future profits based on the efforts of others is a hallmark of a securities offering that must comply with the federal securities laws.”

Kik’s founder and CEO Ted Livingston took to Twitter Tuesday, saying that Kik is “excited” to take on the SEC in court and confident that they’ll win.

“We are finally on the path to getting the clarity our industry so desperately needs,” Mr. Livingston tweeted. “It is time to #defendcrypto.”

Kik offered and sold one trillion of its digital Kin tokens to more than 10,000 investors around the world between May and September of 2017. The company said it planned to integrate the token into its chat app and to use the money raised to create a new ecosystem of digital services. The company did not register the token offering with regulators, and investors did not receive the types of disclosures legally required in a securities sale, according to the SEC’s filing.

The company opted to exclude Canadian investors from buying the tokens due to what it called unclear rules from Ontario’s securities watchdog.

However, the SEC alleges in its filing that during discussions between the Ontario Securities Commission (OSC) and Kik’s executives and counsel, OSC staff made it clear that they considered the Kin tokens to be securities.

“After learning of the OSC’s position, Kik barred Canadians from purchasing Kin in the public sale,” the SEC contends.

Kik countered that an August, 2017, meeting with the OSC was inconclusive, and that during the meeting one of the regulator’s staff expressed the view that the Howey test was not applicable because it was an old case.

“It wasn’t until shortly before the scheduled launch date that the OSC staff communicated its preliminary position,” Kik spokesman Tanner Philp said in an e-mail. “At that point, Kik made the difficult decision not to sell Kin in Canada.” 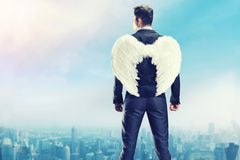 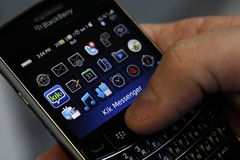