Canada’s largest banks are brushing off the recent crash in domestic-crude prices, confident that their loan books are in solid shape.

Collectively, the Big Six banks reported $45-billion in annual profits for fiscal 2018, which ended on Oct 31. Yet on recent conference calls to discuss their fourth-quarter earnings, analysts pressed executives for details about their loan exposures to oil and gas companies, worried that a crisis could be brewing behind the scenes, resulting in large write-downs.

All six banks responded in the same fashion: This is not 2016. There was barely a crisis for them then, and there definitely isn’t one now.

“Since 2015 and 2016, we’ve ‘up-tiered’ the companies we deal with,” Dieter Jentsch, head of global banking and markets at Bank of Nova Scotia, said on a conference call. “And I have to say to you that the balance sheets that we see in the business have never been as strong, and the management teams are very cost-conscious.”

When the global price of crude plummeted below US$30 per barrel in early February, 2016, some analysts and investors worried. At the time, about 80 per cent of Royal Bank of Canada’s outstanding energy loans were made to non-investment-grade companies, while National Bank of Canada had large loan exposures to junior oil and gas companies.

Ultimately, the banks emerged relatively unscathed. But to be safe, a number have taken steps to protect themselves. National Bank chief risk officer Bill Bonnell said on a conference call that the bank’s oil and gas loan portfolio has been “meaningfully rebalanced since 2015,” adding that its outstanding loans in the energy sector “have been brought down significantly.”

But Canada’s banks have not cut ties with energy companies en masse. In fact, total loan exposure to the sector across the Big Six hit $47-billion at the end of fiscal 2018, up 4.8 per cent from $44.9-billion three years prior.

That statistic might raise concerns among bank investors because crude prices are volatile again. In October, Western Canadian Select, a benchmark for Alberta heavy oil, sold at a discount to West Texas intermediate oil of some US$50 - more than double the historical average. (That discount had shrunk to only US$15 on Friday after Alberta Premier Rachel Notley enforced production cuts on the province’s oil sands producers.)

Canada’s banks are not fazed. And outsiders appreciate why.

Energy loans as a percentage of the Big Six banks’ total portfolios have fallen over three years. Oil and gas lending has climbed 4.7 per cent, but total lending has jumped 22.5 per cent.

Canada’s banks have also cut their exposures to riskier junior oil and gas companies. National Bank’s Mr. Bonnell said on a conference call that its energy relationships "have been refocused on larger, well-capitalized oil and gas producers and deepened with large investment-grade pipeline clients,”

But rivals have, too, and often it happened simply because smaller producers have been disappearing. “There’s been a number of mergers and takeovers, and a number of companies have just gone under,” Raymond James energy analyst Jeremy McCrea said in an interview.

Since the start of 2015, 160 North American energy companies have filed for bankruptcy, according to Haynes and Boone LLP. Of these, 18 were Canadian, the largest of which was Endurance Energy Ltd., which had US$475-million in debt.

Market dynamics have played a role too, diverting loans away from riskier junior companies. Many junior energy companies were financed through reserve-based lending, and under this model, banks use a company’s oil and gas reserves as collateral.

“As oil prices (especially WCS) have declined, the value of the reserves decreased, as did the size of the bank lines [of credit]," Ravikanth Rai, a credit analyst at DBRS Ltd., wrote in an e-mail. “This forced the companies to deleverage as opposed to the banks having an active strategy to reduce exposure to the sector.”

And then there is the recent move in WCS prices, which narrowed the discount to WTI.

The banks, of course, are not completely out of the woods. Energy prices are inherently volatile, and trade tensions between the United States and China are rising, hurting the global economic outlook.

But the odds are in the banks' favour. Since the 2008 global financial crisis they have continually added capital cushions to absorb loan losses, and those levels today are the highest they have ever been.

Their exposure to the sector has also fallen dramatically over three decades. When energy prices plummeted in the late 1980s, oil and gas producers made up 7 per cent of total bank loans. By 2016, they were 2 per cent of the collective portfolio. Today, they are 1.7 per cent.

“Though the market never believes the banks when they say their exposures are manageable, the numbers clearly demonstrate that the sector has become more adept at credit risk management over time," Scotiabank financial services analyst Sumit Malhotra wrote in an e-mail. 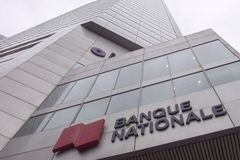 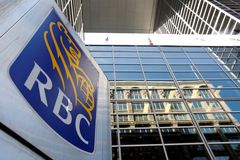 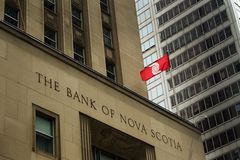