The news that Mawer Investment Management Ltd., which oversees $50-billion of client money, has hired bankers to consider a sale isn’t all that surprising. The number of large-scale independent firms in Canada’s money management industry is shrinking, and the buyers – namely the Canadian banks – have been willing to pay up.

“Given recent activity in the industry, Mawer has engaged an adviser to obtain more information on the options available to the firm as part of our strategic planning process," Mawer president Michael Mezei wrote in an e-mailed statement. Bank of Nova Scotia is advising the money manager on its options.

For Mawer, it’s the rational thing to do. “Recent activity” has seen long-standing firms such as Jarislowsky Fraser Ltd. sell for good prices. But the trend on the buy side toward consolidation by the big banks comes at a cost – to competition, and possibly to good corporate governance.

Independent money managers are the ones most likely to call out public companies and boards for mismanagement, poor accounting, excessive CEO pay, and so on. But it’s much harder for bank-owned shops to be candid about those issues, because their corporate banking and capital markets arms are trying to win business from the same firms.

For decades, Canadian wealth management was dominated by non-bank fund managers and independent brokerages. The banks started buying and building their way into the industry in the 1980s by acquiring full-service adviser networks, and then turned their attention to asset managers about a decade ago. The Big Six now account for almost half of long-term mutual fund assets, according to Strategic Insight.

Lately, the banks have accelerated their acquisitions. In 2018 alone, Bank of Nova Scotia acquired MD Management for $2.6-billion and Jarislowsky Fraser Ltd. for $950-million, while Toronto-Dominion Bank acquired Greystone Managed Investments Inc. for $792-million. Now Mawer could change hands, although its president said “no decision has been made to change firm ownership.”

For the banks, the recent buying spree makes sense. Financial institutions are becoming platforms, just like Amazon and Facebook, and in a platform world, bigger is better. “We believe scale matters and, for that matter, we believe you need scale to win," TD chief executive Bharat Masrani said in 2015.

That mindset is especially true for the wealth management side of the business. The share of investable assets that are in exchange-traded funds is growing rapidly; the biggest global providers of ETFs, such as BlackRock Inc., can spread their fixed expenses over trillions of dollars in assets. In turn, they charge extremely low fund fees. Banks have to acquire in order to compete.

Amid this shift, independents that are running a higher-fee business can feel stuck, or vulnerable.

But another motivation for Mawer’s owners may simply be timing. The banks and other acquirers are writing big cheques. Canadian money managers are typically purchased for somewhere between 1 per cent and 3 per cent of their assets under management (AUM). MD’s recent purchase amounted to 5.3 per cent of its AUM. At that same level, Mawer would be worth $2.65-billion.

Whether this will benefit Canadian investors in the long run is still up for debate. Before its sale to Scotiabank, MD would always tout its independence, arguing that this model led to the best advice for its clients. Come 2018, its leaders changed their minds, and it seems Mawer’s might, too. 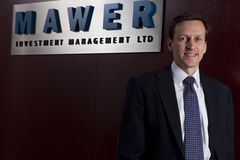 Mawer: Why investors should take a second look at Canadian lifecos
August 30, 2018 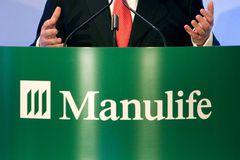 Mawer: Six stocks that offer opportunity for investors amid the correction in emerging markets
August 16, 2018 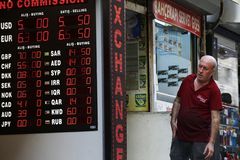