Chris Hughes used to huddle with Mark Zuckerberg in a Harvard dorm room building Facebook from scratch. Now, he is huddling with regulators to explain why Facebook needs to be broken up.

In recent weeks, Hughes has joined two leading antitrust academics, Scott Hemphill of New York University and Tim Wu of Columbia University, in meetings with the Federal Trade Commission, the Justice Department and state attorneys general. In those meetings, the three have laid out a potential antitrust case against Facebook, Wu and Hemphill said.

For nearly a decade, they argue, Facebook has made “serial defensive acquisitions” to protect its dominant position in the market for social networks, according to slides they have shown government officials. Scooping up nascent rivals, they assert, can allow Facebook to charge advertisers higher prices and can give users worse experience.

Hughes’ involvement stands out because few founders have gone on to argue for the dismantling of their company. As the scrutiny of the world’s biggest tech companies has intensified in the last year, many of the complaints about them have come from competitors or academics.

On Wednesday, Facebook announced that the FTC—- had started an antitrust investigation into the company. The Justice Department has also started a broad antitrust review of the technology industry, as have lawmakers. And on Thursday, some state attorneys general met with the Justice Department to discuss competition in the industry.

It is unclear just what role Hughes, who left Facebook more than a decade ago and has become increasingly critical of Facebook in public, is playing in the pitches to regulators. In the slide presentation, a “Who We Are” page lists Hughes as the third member of the group. The page concludes with the bullet point, “Speaking only for ourselves, not a client.”

But Hughes could, for example, provide investigators with leads to current and former company employees and competitors to interview or subpoena. A partly redacted copy of the slides was provided to The New York Times, with names of the people to interview blacked out. Wu and Hemphill have shared the redacted version of the slides with some other antitrust experts. One of them, who asked not to be identified, sent it to The Times.

Neither Hemphill nor Wu would discuss Hughes’ involvement, other than to confirm he attended the presentations.

“He has been an important contributor to thinking about these issues,” Hemphill said.

Hughes, who made hundreds of millions of dollars from his time at Facebook, has become an outspoken critic of the company’s market power and the need for the government to take action. In a lengthy op-ed article for The Times in May, he wrote, “We are a nation with a tradition of reining in monopolies, no matter how well-intentioned the leaders of these companies may be.”

Hughes went on to describe the power held by Facebook and its leader Zuckerberg, his former college roommate, as “unprecedented.” He added, “It is time to break up Facebook.”

The narrative from the two academics and Hughes in their presentation is that Facebook, founded in 2004, succeeded in its earlier years by simply outdoing its competitors, like Myspace, by providing a superior social network including fewer ads and promises of protecting users’ privacy.

But by 2010, Facebook was scrambling to adapt to the shift to smartphone computing and the rise of new social network services, like photo sharing. The company’s response, the presentation says, was its program to buy upstart rivals. The biggest deals were for Instagram, the photo sharing service, for $1 billion in 2012, and WhatsApp, the messaging service, for $19 billion in 2014.

At a House antitrust subcommittee hearing last week, a Facebook executive, when asked to name its rivals, hesitated and did not offer a list. Wu, who also testified, said, “Facebook can’t name its competitors because they bought them.”

The theory in the presentation by the two academics and Hughes is that an acquisition strategy can be an illegal tactic to shield a monopoly from competition. An upstart company, they say, need not be a full-fledged competitor at the time of the purchase, merely a potential threat.

The antitrust precedents, they say, stretch back to Standard Oil, which was built with a string of corporate purchases over decades, before the government broke it up in 1911.

“There is a direct connection between the conduct and the remedy — undo the acquisition,” Hemphill said in an interview.

The professors and Hughes are not alone in focusing on Facebook’s company-buying campaign. In March, Representative David Cicilline, D-R.I. and chairman of the House antitrust subcommittee, wrote to the FTC, urging the agency to begin an investigation of Facebook.

His first suggested line of inquiry was the social network’s acquisition campaign. “It is clear that allowing Facebook to purchase Instagram and WhatsApp has deprived users of critical competition,” Cicilline wrote.

Whether the FTC will pursue the company-buying line of investigation is uncertain. The agency’s investigations, which can last months or years, are largely conducted in secret. A representative for the FTC declined to comment.

But antitrust experts say it may be the most promising target of inquiry, focused on a handful of acquisitions rather than a broad review of the company’s conduct in general.

“It is a plausible theory, and it has the elements of an antitrust case,” said Gene Kimmelman, a former senior antitrust official in the Justice Department.

But the key, Kimmelman said, would be assembling evidence to show that Facebook conducted an intentional campaign to buy companies regarded as future threats, even if they were fledgling startups at the time. And then, he said, the agency would want to be able to demonstrate economic harm, like higher prices for advertisers and degraded service for users.

“This is not an easy case,” said Kimmelman, now a senior adviser at the consumer group Public Knowledge. 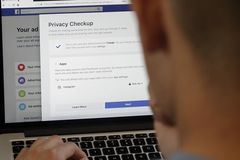 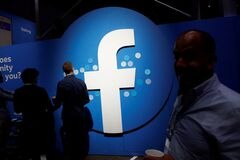 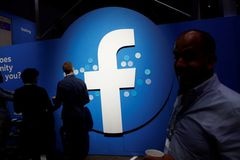