BlackBerry Ltd. more than doubled its profit last quarter amid rocky transitions in both its business focus and accounting standards, sending its share price up almost 12 per cent in New York on Friday.

In its second quarter of fiscal 2019, Waterloo, Ont.-based BlackBerry’s revenue was US$210-million, down 12 per cent year over year, in part because of a down-tick in enterprise-software income, but largely a result of a predicted decrease in service-access fees for its mobile operating-system software. The company reported a profit of US$43-million, as costs from research and marketing fell and it benefited from a US$70-million fair-value adjustment on debentures. That translated to a profit of 8 US cents a basic share and a loss of 4 US cents a diluted share.

After falling behind Apple Inc.’s iPhones and Alphabet Inc.’s Android OS-powered handsets earlier this decade, the pioneering smartphone maker is now framing itself as a secure-data-transmission company for enterprise customers, seeking large deals with corporations and government departments. As web-connected devices become commonplace and cybersecurity has become a top concern for organizations across all sectors, BlackBerry has been investing both in highly specific products, such as its connected-car QNX software, as well as broad security initiatives, such as its new Spark communications platform meant to work across many kinds of devices.

It has been a rocky road and the market has greeted BlackBerry’s financial reports this year with skepticism: Its shares closed down nearly 9 per cent after the previous quarter’s results revealed its crucial enterprise division’s revenue had fallen by nearly a fifth, in part because of an accounting-method change. The quarter prior to that, despite encouraging signs on BlackBerry’s path to a turnaround, BlackBerry shares closed down 1.4 per cent. Its New York Stock Exchange-listed shares are down 5 per cent year over year.

Analysts were lukewarm coming into Friday. RBC Dominion Securities’ Paul Treiber even warned last week that results might be “messy,” although with the caveat that it could be the last of such quarters if revenues strengthened. He wrote in a note on Friday morning that he maintained his US$11 price target for U.S. shares, noting that the company’s non-generally-accepted-accounting-principles revenue of US$214-million was slightly above both his and consensus estimates. Shares closed at US$11.38 in New York on Friday.

The company shifted its accounting practices last quarter to a new standard for sales reporting called ASC 606, recognizing certain enterprise licensing revenue over the life of contracts, rather than up front. In turn, BlackBerry began more heavily focusing on selling subscription licenses for its enterprise software instead of perpetual licenses.

As the company has transitioned into its secure-device “enterprise-of-things” strategy, investors have keyed into the company’s enterprise sales numbers. While that division’s revenues plunged last quarter, this quarter they only fell 3 per cent year over year. Executives told analysts on a conference call on Friday morning that this was largely a result of the shift in accounting, suggesting that enterprise revenue would show more stability once the company reached its 2020 fiscal year.

“If we were to account for the second quarter of last year in the same way as this fiscal quarter, our enterprise software revenue would have experienced low single-digit growth,” chief executive John Chen told analysts. “While there are other factors contributing to this year-over-year comparison, it is clear that we have made progress in the enterprise-software business as evidenced by 11-per-cent sequential revenue growth, double-digit billings growth and deferred revenue growth.”

In a note Friday, analyst T. Michael Walkley of Canaccord Genuity called the quarter strong and highlighted the QNX connected-car software, licensing and intellectual property as key potential sources for growth. “We believe strong execution in monetizing their patent portfolio will lead to a higher run-rate for licensing and other revenue,” he wrote.

The company also reaffirmed its outlook for fiscal 2019, projecting 8-per-cent-to-10-per-cent revenue growth in its software and services divisions.​ 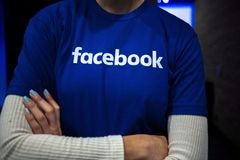 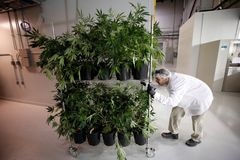 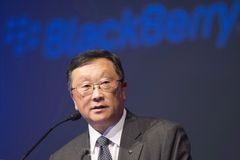