Janet Bannister has been named managing partner of Real Ventures, becoming the first woman to lead one of Canada’s largest and most active early-stage venture-capital firms.

Ms. Bannister has built a loyal fan base in the Canadian tech and venture ecosystems with a reputation for nurturing founders as they grow digital businesses. The former global manager of eBay Inc.'s classified service Kijiji has a broad range of experience across the startup sector. After spending time as a startup chief executive officer and consultant, she became a general partner with Real in 2014.

While a growing number of women are launching and running venture firms in Canada – including Elaine Kunda of Disruption Ventures and Whitney Rockley, co-founder of McRock Capital ­– few are promoted within the male-dominated industry to take the chief executive-level position.

Women make up just 13.5 per cent of North American venture firms’ partners with investment-decision power, according to tech-industry gender-tracking group Female Funders, and those ranks dwindle further in managerial roles. Ms. Bannister says she hopes not just to show what is possible for women in venture, but across tech, while generating industry-leading returns.

"The more success we see, the more people are like, ‘If she can do it, I can do it,’ ” she said in a recent interview in Toronto, where she will continue to live despite Real being headquartered in Montreal.

“She’s a role model for what’s possible for women in the industry,” says Jodi Kovitz, the founder of Move the Dial, the social enterprise focused on advancing women’s leadership and participation in technology. “Janet has been an absolute champion for growing and enriching the entire technology ecosystem in Toronto, and across Canada, for many years.”

Real launched its most recent $150-million seed and early-stage fund in 2017 alongside a pre-seed fund. It’s invested in about 280 companies since 2007, when it was founded by JS Cournoyer, Alan MacIntosh and John Stokes in Montreal.

In the first three quarters of 2019, Real was the most active private, independent venture firm in Canada, according to the Canadian Venture Capital and Private Equity Association – investing in 28 funding rounds that were worth a total of $378-million including other investors. Ms. Bannister has spearheaded the fund’s investments in the health-benefits startup League Inc., drug-discovery-research company Benchsci Analytics Inc. and the industrial efficiency artificial-intelligence firm Canvass Analytics Inc., among others.

Ms. Bannister did not start her career in technology, but came to admire tech as an analytical tool with which to view the world. “I fell in love with the level of information about business, and the ability to change things quickly and see the difference," she says.

She moved to Silicon Valley in 2001 to work for eBay, where she oversaw its shift in focus from a specialty-collectors’ paradise to a broader resale marketplace. Moving to Toronto a few years later to run eBay’s Canadian operations, she realized that Canadians preferred offline transactions – eventually persuading executives to launch a coming European classifieds website called Kijiji in Canada, too. Soon Ms. Bannister was Kijiji’s global manager.

Ms. Bannister left Kijiji in 2008 to spend time with her young son before he entered full-day school. After she spent a few years consulting and running a luxury website startup, Real came calling. Hunting for a partner to be closer to Toronto and Waterloo, they were introduced to Ms. Bannister through connections at C100, the association of Canadian leaders in the San Francisco Bay Area.

She became a hit within the firm, sharing her own entrepreneurship and leadership experience with founders while learning the ropes of venture capital. Mr. Stokes says Ms. Bannister became a natural fit to take the lead as the firm grew and needed a dedicated operational leader. “She has all the things that are necessary to run a firm that’s reaching maturity,” he says.

Within Real, Ms. Bannister has developed a reputation as an advocate for the founders she works with. “The relationship we’ve built together has a lot of trust and collaboration,” says Humera Malik, co-founder and chief executive of Canvass Analytics. And she’s not afraid of pushing founders in new directions, Ms. Malik continues – “She’s one of those people who doesn’t hesitate to speak her mind.”

Sunil Sharma, managing director of the Techstars Toronto accelerator, which partners with Real, says Ms. Bannister’s appointment will be proof to outsiders that Toronto can be a diverse, renowned startup hub. “It’s going to increase the level of interest in top-tier tech founders and companies,” he says.

While Real will remain headquartered in Montreal, the firm is seeking a second partner to join Ms. Bannister in Toronto. All partners have board seats on companies in each city and see each other regularly: “We don’t think of geography as a dividing factor,” she says. “It’s: Who is best suited to help this particular company?” 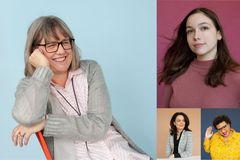 If you’re the only girl in STEM, take it as 'a chance to lead’
Subscriber content
March 8, 2019 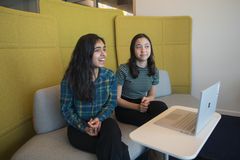