Facebook Inc. investors will vote this week on a slate of shareholder proposals aimed at bringing more accountability to the beleaguered social-media giant, from reporting on gender pay equity to explaining how it polices its platform against fake news and sexual harassment.

Activist shareholders have long struggled to gain support for such proposals at a company whose chief executive controls the majority of voting shares. But as the shareholder vote approaches Thursday, many now believe the controversies over data privacy and election interference that have rocked Facebook this year are shifting investor opinions in their favour.

Arjuna Capital and the New York State Common Retirement Fund − the country’s third-largest pension fund – are pressing Facebook to report on how well it protects its platform from abuses such as hate speech, violence and political interference. The investors have filed similar proposals at Google and Twitter.

Trillium Asset Management submitted a proposal on behalf of the Park Foundation, a New York-based non-profit, for the company to establish a risk-oversight committee within the board of directors that would examine how Facebook deals with issues such as fake news and censorship.

Both proposals have been in the works for some time. Trillium filed its proposal in October, expecting to see “single-digit” support among investors, said Trillium’s director of shareholder advocacy Jonas Kron. Arjuna filed a similar proposal last year asking Facebook to report on fake news that received scant support among investors.

But that was before the fallout from revelations that British political consultancy Cambridge Analytica had improperly accessed data on as many as 87 million Facebook users. “They really can’t ignore it this year,” said Arjuna managing partner Natasha Lamb. “The company has so much egg on its face at this point.”

Influential proxy advisers Institutional Shareholder Services (ISS) and Glass Lewis – firms that counsel fund managers on how to vote on proposals from both management and other shareholders – have backed the two proposals. They also recommended investors withhold their support for several Facebook directors because of the company’s ongoing issues. ISS added a recommendation that investors withhold support for the company’s top two executives, Mr. Zuckerberg and chief operating officer Sheryl Sandberg, because of concerns that Facebook doesn’t have a transparent process to nominate directors.

Facebook has long been a target for activist investors, though their chances of success have typically been slim. Even if investors vote in favour of the proposals, company directors aren’t required to accept them. Facebook’s dual-class share structure also means that Mr. Zuckerberg controls nearly 60 per cent of voting shares, even though he owns less than 15 per cent of the company’s stock.

Facebook has opposed the shareholder measures, arguing that the company already performs much of the work that investors are demanding. But some believe the mounting public pressure on Facebook will make it difficult for the company to completely ignore their requests.

“The feedback I’ve been getting from fellow shareholders is that the questions around risk oversight are resonating with them,” said Trillium’s Mr. Kron. If the shareholder proposals receive even a quarter of the vote among independent investors, that will “send a strong signal” to Facebook management, said Ms. Lamb, whose firm has also filed a proposal asking the company to report on gender pay equity.

Facebook investors have already proved to be jittery in the face of controversy. The company’s share price whipsawed the weeks after the Cambridge Analytica revelations. Facebook may still get hit by regulators in the United States and Europe, where politicians have pressed Mr. Zuckerberg to testify at public hearings.

In many cases, shareholder requests can serve as an early warning system for companies, reflecting important shifts in public opinion that executives ought to take seriously, says James McRitchie, an independent activist shareholder from California who has co-filed a proposal for Facebook to consider doing away with its dual-class share structure. “Shareholders are often the canary in the coal mine, a sign of things to come,” he said.

While Facebook has rolled out several changes to address its ongoing controversies, Mr. Kron believes the company can learn from the hard lessons offered by another tech giant. His firm’s proposal for a risk-oversight committee is modelled on a committee that Microsoft initially created after a long and costly anti-trust battle that the company fought more than a decade ago in both the United States and Europe. Eventually, Microsoft refashioned the board-level committee into one that examines the company’s broader impacts on society.

Facebook has an opportunity to do something similar before regulators feel the need to step in, Mr. Kron said. “If we’re right that the problem the company faces isn’t just a matter of resolving technical problems, but is also about resolving a governance problem, then we’re going to see new problems emerge in the future unless they deal with the governance issues,” he said. 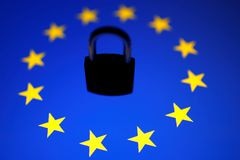 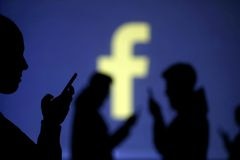 Facebook’s Zuckerberg apologizes to EU lawmakers over data leak
May 22, 2018 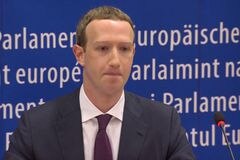 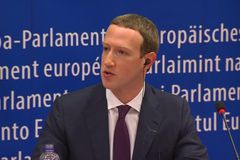