Sources in the investment community say the Toronto-based financier – which specializes in funding later-stage technology startups seeking $20-million or more in growth capital – recently told existing investors it is gearing up to launch its fifth fund, with a goal of raising US$750-million (about $1.01-billion). The firm raised its US$550-million fourth fund less than a year ago. A Georgian spokesman declined to comment.

Georgian was one of the first of a new class of Canadian venture capital firms founded in the late 2000s, led by former entrepreneurs Justin LaFayette and Simon Chong, along with financier John Berton, that helped to revitalize a sector that had been hit by dismal returns earlier in the decade, after the bursting of the dot-com bubble.

The firm has since backed a number of Canada’s top startups, including Shopify Inc. and Ritual Technologies Inc., and typically ranks among the top quartile of North American venture funds in investment returns. Last month, Georgian bought a stake in IEX Group, the stock exchange led by Brad Katsuyama, the central figure in Michael Lewis’s book Flash Boys about high frequency trading.

Two of its investments delivered solid returns after changing hands this year: Turnitin, an Oakland, Calif., education technology firm, sold to media giant Advance Publications for nearly US$1.75-billion, or US$1-billion more than an investor group including Georgian paid in 2014.

And last week, U.S. private equity giant Thoma Bravo LLC bought control of Cority Software Inc., a Toronto provider of software for performing environmental, health, safety and quality audits. The deal valued Cority at more than US$500-million; it was worth about $200-million when a group including Georgian bought control in 2016.

Georgian closed its first $70-million fund in 2010, backing firms that developed data-driven analytical software tools for large enterprise customers. Georgian was able to get in on competitive financing deals led by U.S. funds from the start, including a 2011 US$15-million deal for Shopify, led by Boston’s Bessemer Venture Partners, that produced a windfall for the Toronto firm. Georgian raised $200-million for its second fund in 2013 and US$375-million for its third, in 2016.

Georgian five years ago shifted its focus to investing in firms that apply artificial intelligence to solve business problems, as well as those that build technology for corporations to interact with customers through text and digital voice as digital security-focused startups.

Georgian has set itself apart from other VC firms by establishing an “impact team” of seasoned executives that it parachutes into its portfolio companies, and by creating software tools to help its companies in the AI sector by improving their ability to anonymize customer data and explain how their algorithms make decisions.

Siemplify CEO Amos Stern says his company chose Georgian due to its experience investing in cybersecurity firms and its impact team, “which can provide us with valuable help as we tackle some of the most pressing issues security operations teams face."

The recent and coming Georgian funds are the latest in a slew of increasingly large venture funds in the flourishing Canadian venture capital sector, although they have been dwarfed by multibillion-dollar funds raised by their more established counterparts in the United States during the same period. Montreal-based iNovia Capital this year raised US$400-million for its first late-stage growth capital fund.

And last month, two co-founders of Toronto artificial intelligence startup Layer 6, which was sold to Toronto-Dominion Bank last year, left the financial services giant to lead Radical Ventures, an AI-focused venture capital firm aiming to raise US$350-million for their first fund. The fund has already received commitments for half the target from Canada Pension Plan Investment Board, PSP Investments and the billionaire Weston family.

One current investor in Georgian funds, who was granted anonymity because he wasn’t authorized to speak publicly and his firm hasn’t made a final decision on whether to back the new fund, said interest in the new fund is likely to be strong. “Existing investors are pretty happy with the track record the fund is developing. Georgian is the marquee fund in the Canadian venture space.” 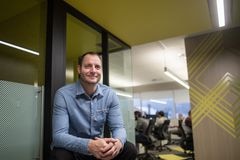 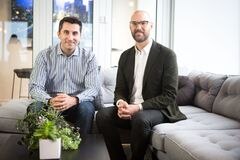 Exclusive
Georgian Partners rewriting the rules for venture capitalists as it closes in on record Canadian fund
April 6, 2018 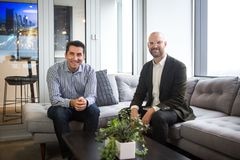