The company’s shares were up more than 8 per cent in morning trading.

Intel, long the world leader in chip-making technology, has lost its manufacturing edge in recent years and is now debating whether to outsource some of its flagship central processor unit chips, or CPUs, slated for release in 2023. Activist investor Third Point LLC last month sent Intel’s board a letter asking it to consider whether to keep its chip design and manufacturing operations under one roof.

Mr. Gelsinger, a former Intel executive, has served as the CEO of VMware since 2012. During that time, he successfully guided the company, whose software helps companies squeeze more work out of data centre servers, through the transition from privately owned data centres to public cloud providers, in part by striking a seminal deal with Amazon.com Inc.’s Amazon Web Services.

Mr. Gelsinger joined Intel when he was 18, and the company helped him attend Santa Clara University and Stanford University as he spent 30 years there. In a letter to Intel’s employees, Mr. Gelsinger likened the move to coming “home.”

“Having begun my career at Intel and learned at the feet of Grove, Noyce and Moore, it’s my privilege and honor to return in this leadership capacity,” Mr. Gelsinger said in a statement. “I have tremendous regard for the company’s rich history and powerful technologies that have created the world’s digital infrastructure.”

Sources familiar with the matter told Reuters Mr. Gelsinger had turned down the top Intel job before, and it was not immediately clear what had changed his mind.

Third Point CEO Dan Loeb had sent a letter to Intel’s board of directors late last month urging the company to rein in an outflow of engineers to rival firms, although he stopped short of blaming Mr. Swan for the company’s troubles.

On Jan. 4, Mr. Swan met with Mr. Loeb and Intel Chairman Omar Ishrak, according to a person familiar with the matter. Mr. Loeb pushed Intel to find new executives and potential new board members and held at least one follow-up meeting.

VMware said it was initiating a CEO search and that Zane Rowe, the company’s chief financial officer, would serve as its interim chief after Mr. Gelsinger departs on Feb. 12.

Intel on Wednesday also said it expects to beat its financial forecast for the fourth quarter of 2020 and that it has made “strong progress” in addressing issues with its seven-nanometre chip manufacturing technology.

“From a credibility standpoint, he’s great – he’s probably the one at the top of most people’s list for who they would want to see,” Stacy Rasgon, an analyst at Bernstein, said of Mr. Gelsinger’s appointment.

“He had a long career there and he’s technical, so he can address both the technical issues and cultural issues. The issue is, what’s the ship look like that he’s going to be running? The next two or three years are set in stone regardless of who is there.”

Mr. Swan, a former chief financial officer from eBay, had served as Intel’s finance chief and was named its interim CEO when Brian Krzanich resigned in June, 2018. Mr. Swan was made permanent chief in early 2019 after an extensive search failed to yield an external candidate. 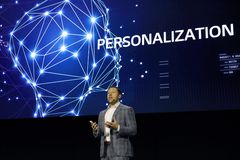 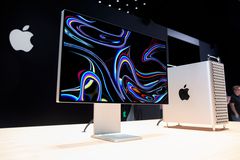 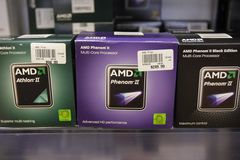