More than 225 Google engineers and other workers have formed a union, the group revealed Monday, capping years of growing activism at one of the world’s largest companies and presenting a rare beachhead for labour organizers in staunchly anti-union Silicon Valley.

The union’s creation is highly unusual for the tech industry, which has long resisted efforts to organize its largely white-collar work force. It follows increasing demands by employees at Google for policy overhauls on pay, harassment and ethics, and is likely to escalate tensions with top leadership.

The new union, called the Alphabet Workers Union after Google’s parent company, Alphabet, was organized in secret for the better part of a year and elected its leadership last month. The group is affiliated with the Communications Workers of America, a union that represents workers in telecommunications and media in the United States and Canada.

But unlike a traditional union, which demands that an employer come to the bargaining table to agree on a contract, the Alphabet Workers Union is a so-called minority union that represents a fraction of the company’s more than 260,000 full-time employees and contractors. Workers said it was primarily an effort to give structure and longevity to activism at Google, rather than to negotiate for a contract.

Chewy Shaw, an engineer at Google in the San Francisco Bay Area and the vice-chair of the union’s leadership council, said the union was a necessary tool to sustain pressure on management so that workers could force changes on workplace issues.

“Our goals go beyond the workplace questions of, ‘Are people getting paid enough?’ Our issues are going much broader,” he said. “It is a time where a union is an answer to these problems.”

In response, Kara Silverstein, Google’s director of people operations, said: “We’ve always worked hard to create a supportive and rewarding workplace for our work force. Of course, our employees have protected labour rights that we support. But as we’ve always done, we’ll continue engaging directly with all our employees.”

The new union is the clearest sign of how thoroughly employee activism has swept through Silicon Valley over the past few years. While software engineers and other tech workers largely kept quiet in the past on societal and political issues, employees at Amazon, Salesforce, Pinterest and others have become more vocal on matters such as diversity, pay discrimination and sexual harassment.

Nowhere have those voices been louder than at Google. In 2018, more than 20,000 employees staged a walkout to protest how the company handled sexual harassment. Others have opposed business decisions that they deemed unethical, such as developing artificial intelligence for the Defense Department and providing technology to U.S. Customs and Border Protection.

Even so, unions have not previously gained traction in Silicon Valley. Many tech workers shunned them, arguing that labour groups were focused on issues such as wages – not a top concern in the high-earning industry – and were not equipped to address their concerns about ethics and the role of technology in society. Labor organizers also found it difficult to corral the tech companies’ huge work forces, which are scattered around the globe.

Only a few small union drives have succeeded in tech. Workers at the crowdfunding site Kickstarter and at the app development platform Glitch won union campaigns last year, and a small group of contractors at a Google office in Pittsburgh unionized in 2019. Thousands of employees at an Amazon warehouse in Alabama are also set to vote on a union in the coming months.

“There are those who would want you to believe that organizing in the tech industry is completely impossible,” Sara Steffens, CWA’s secretary-treasurer, said of the new Google union. “If you don’t have unions in the tech industry, what does that mean for our country? That’s one reason, from CWA’s point of view, that we see this as a priority.”

Veena Dubal, a law professor at the University of California, Hastings College of the Law, said the Google union was a “powerful experiment” because it brought unionization into a major tech company and skirted barriers that have prevented such organizing.

“If it grows – which Google will do everything they can to prevent – it could have huge impacts not just for the workers, but for the broader issues that we are all thinking about in terms of tech power in society,” she said.

The union is likely to ratchet up tensions between Google engineers, who work on autonomous cars, artificial intelligence and internet search, and the company’s management. Sundar Pichai, Google’s chief executive, and other executives have tried to come to grips with an increasingly activist work force – but have made missteps.

Last month, federal officials said Google had wrongly fired two employees who protested its work with immigration authorities in 2019. Timnit Gebru, a Black woman who is a respected artificial intelligence researcher, also said last month that Google fired her after she criticized the company’s approach to minority hiring and the biases built into AI systems. Her departure set off a storm of criticism about Google’s treatment of minority employees.

“These companies find it a bone in their throat to even have a small group of people who say, ‘We work at Google and have another point of view,’ " said Nelson Lichtenstein, the director of the Center for the Study of Work, Labor and Democracy at the University of California, Santa Barbara. “Google might well succeed in decimating any organization that comes to the floor.”

The Alphabet Workers Union, which represents employees in Silicon Valley and cities such as Cambridge, Mass., and Seattle, gives protection and resources to workers who join. Those who opt to become members will contribute 1 per cent of their total compensation to the union to fund its efforts.

Over the past year, the CWA has pushed to unionize white-collar tech workers. The drive focused initially on employees at video game companies, who often work gruelling hours and face layoffs.

In late 2019, CWA organizers began meeting with Google employees to discuss a union drive, workers who attended the meetings said. Some employees were receptive and signed cards to officially join the union last summer. In December, the Alphabet Workers Union held elections to select a seven-person executive council.

But several Google employees who had previously organized petitions and protests at the company objected to the CWA’s overtures. They said they declined to join because they worried that the effort had sidelined experienced organizers and played down the risks of organizing as it recruited members.

Amr Gaber, a Google software engineer who helped organize the 2018 walkout, said that CWA officials were dismissive of other labour groups that had supported Google workers during a December, 2019, phone call with him and others.

“They are more concerned about claiming turf than the needs of the workers who were on the phone call,” Mr. Gaber said. “As a long-term labour organizer and brown man, that’s not the type of union I want to build.”

The CWA said it was selected by Google workers to help organize the union and had not elbowed their way in. “It’s really the workers who chose,” CWA’s Ms. Steffens said.

Traditional unions typically enroll a majority of a work force and petition a state or federal labour board such as the National Labor Relations Board to hold an election. If they win the vote, they can bargain with their employer on a contract. A minority union allows employees to organize without first winning a formal vote before the NLRB.

The CWA has used this model to organize groups in states where it said labour laws are unfavourable, such as the Texas State Employees Union and the United Campus Workers in Tennessee.

The structure also gives the union the latitude to include Google contractors, who outnumber full-time workers and who would be excluded from a traditional union. Some Google employees have considered establishing a minority or solidarity union for several years, and ride-hailing drivers have formed similar groups.

Although they will not be able to negotiate a contract, the Alphabet Workers Union can use other tactics to pressure Google into changing its policies, labour experts said. Minority unions often turn to public pressure campaigns and lobby legislative or regulatory bodies to influence employers.

“We’re going to use every tool that we can to use our collective action to protect people who we think are being discriminated against or retaliated against,” Mr. Shaw said.

Members cited the recent NLRB finding on the firing of two employees and the exit of Ms. Gebru, the prominent researcher, as reasons to broaden its membership and publicly step up its efforts.

“Google is making it all the more clear why we need this now,” said Auni Ahsan, a software engineer at Google and an at-large member of the union’s executive council. “Sometimes the boss is the best organizer.” 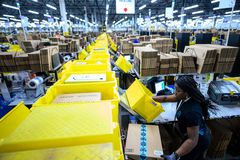 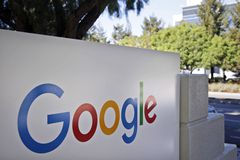 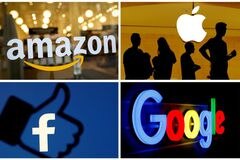