Marc Randolph occupies a quiet but critical position in the foundation of contemporary culture and technology: In 1997, he co-founded Netflix Inc. with his former colleague Reed Hastings. But while Mr. Hastings has ridden Netflix through a series of transformative changes – from online DVD-rental marketplace to streaming giant to massive original-content producer – Mr. Randolph, the founding chief executive officer, left its executive in 2002 and its board of directors in 2004, focusing on angel investing and early-stage startup mentorship.

The Santa Cruz, Calif.-based serial entrepreneur has founded or co-founded eight companies since the early eighties, and regularly flies around the world to discuss innovation and technology. The Globe and Mail spoke with him ahead of a keynote conversation at the second edition of the Audi Innovation speaker series in Toronto.

I’ve read that you dispute Reed Hastings’s Netflix origin story – that the idea came when he rented a copy of Apollo 13 and got a $40 late charge. What actually happened?

It’s not like anyone wakes up and says, “I have this idea for a company which is going to do video-by-mail for 10 years, and then start streaming, and then create some content.” Never. Even the beginning genesis – which might come from “Wow, we should really think about doing something in video rental” – it’s the work of a lot of people.

So yes, there’s a late fee and a movie. But someone else has a lot of experience in overnight shipping. Someone else understands the power of personalization. And it’s that process, of those people speaking, dozens of people contributing over months, that builds an idea. If you try to explain that multiperson, multimonth effort, pretty soon [people’s] eyes glaze over. The story about Apollo 13 is great. It’s a shorthand for the pain that Netflix solved. But was that some immediate genesis of an idea? Even Reed would admit that’s not.

What part of the Netflix experience did you first bring to the table?

Reed was going to go off and become a philanthropist, and I was going to start a company. So I was beginning this process of looking at hundreds of ideas with Reed. We had a list of criteria: it had to be e-commerce; it had to have deeply embedded personalization; I wanted it to have logistics as a barrier to entry to someone else coming after us; I wanted a big category.

Video rental was a big category that fit those things. And the first try was VHS, which was a total failure. They were too expensive – they were fragile and broke. So did the idea start then? No, because it got abandoned until DVD came along. The DVD can ship in an envelope, rather than ship in a box. So what’s my contribution? Shepherding that idea process through the four or five months between when we started looking and when we actually agreed to do it about six months later.

What do you think of how the business model has shifted since you left?

Unbelievable. I could never have imagined what Netflix would become. What’s impressive is that the business model isn’t that different – it’s all about the things we started at the very beginning, which is, how do you give people entertainment that they want? The delivery mechanisms evolved, but its heart has stayed true.

Are you still a shareholder?

Absolutely. Not to a degree that I was back then. We can consider it like the bucket that refills itself – if it gets to the point where I’m a little over-concentrated in Netflix, I sell some, wait six months and it’s back where it was again. It’s magic.

Are you a subscriber?

Yes, and not just for romantic reasons. I was romantic about getting movies in the mail for a number of years.

When was the last year you got DVDs in the mail from Netflix?

2013 or 2014. Now I just watch [streaming] like everyone else. But not Netflix alone. I watch HBO, Showtime, stuff on Apple, sports.

Do you still follow the broadcast space? Do you see any other innovations coming down the line there?

I’m pretty selfish these days, so I pay attention to things I’m interested in, and quite frankly, the whole broadcast space is not the predominant focus for me any more.

So what sectors do light you up?

I tend to fall in love with founders, and their passions for the problems they’re solving. I jump on board with that. One of the companies I’m working with is in robotics. Another one is using computer vision to diagnose sleep apnea. Another is a men’s shorts company. These are all over the place. These aren’t things people are as excited about as they are about self-driving cars, but wow, I love them.

What, to you, are the key ingredients for innovation?

Number one is a tolerance for risk. Being willing to start down a path where you can’t see around the corner. The second thing is the capacity to generate ideas – it’s not about having a good idea, it’s about building a system or process to try lots of bad ideas. Those two things work hand in hand. It really is a cultural thing.

What field do you think has the most potential for innovation right now?

I spend a lot of time working with companies who are all trying to make themselves more innovative, and we’re almost all terrified of being disrupted. It’s happening faster and faster, and it’s happening everywhere. I’m not a technologist. I’m very selfish in my interests. The thing that I’m interested in is the Internet of Things. It is not the sexiest category – it’s not being sold like AI or VR. We’re just at the beginning. Once every device is connected, the amount of things you’ll be able to create, do and change is limitless. 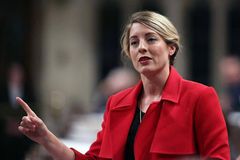