The head of Nvidia Corp. vowed to invest in Britain with more jobs and R&D as part of its US$40-billion purchase of chip designer Arm that has sparked concerns about Arm’s independence and future in the country.

Nvidia, the biggest U.S. chip company by market capitalization, has agreed to buy Arm from Japan’s SoftBank Group Corp., prompting the office of British Prime Minister Boris Johnson to say it would scrutinize the deal and act if necessary.

Arm is the most important technology company in Britain, and one of a handful of European tech groups that operate on a global scale. Its energy-efficient designs dominate the smartphone sector, with its licensees including Apple Inc. shipping 180 billion chips to date.

It was sold in 2016 to Japan’s SoftBank after the conglomerate pledged to retain Arm’s headquarters in Cambridge, England, and increase jobs – a commitment that Nvidia chief executive Jensen Huang reiterated on Monday.

“We want to grow Arm and make it become even greater,” Mr. Huang told analysts on a call, adding Arm would hire more engineers, spend more on research and run a new artificial intelligence research centre in Cambridge.

“The U.K. government will realize that we are making a very significant investment in the U.K.,” Mr. Huang added. He stopped short, however, of making formal job guarantees and said talks with the British government had yet to begin in earnest.

A spokesman for Mr. Johnson said ministers had spoken to the relevant companies and were looking at what the deal meant for Arm’s Cambridge base.

The deal, announced overnight, drew criticism from Hermann Hauser, a co-founder of Arm who said in an interview it would spell disaster for Cambridge, Britain and Europe.

“It’s the last European technology company with global relevance and it’s being sold to the Americans,” he said.

The deal would, he fears, risk jeopardizing Arm’s position as the “Switzerland of the semi-conductor industry” where it allows hundreds of companies such as Apple, Samsung Electronics Co. Ltd. and Qualcomm Inc. to develop their own chips using its architecture.

If the company’s British character and open business model could not be protected, it would be better for Mr. Johnson to back a flotation on the London Stock Exchange, Mr. Hauser said.

Industry and potential antitrust concerns over the deal relate to the fact that Nvidia competes with hundreds of Arm’s customers, whereas tech investor SoftBank does not.

Nvidia’s Mr. Huang said he would retain Arm’s neutral licensing model and expand it by licensing out Nvidia intellectual property for the first time.

The head of Arm, Simon Segar, said a purchase by a U.S. company would not affect which countries it sold to.

Mr. Johnson’s government, set to embark on a new industrial strategy as Britain leaves the European Union at the end of this year, could investigate the deal on national security grounds, and request certain undertakings in order for it to pass.

Neil Campling, head of TMT research at Mirabaud, said it was unlikely that Britain would block it.

“I expect Nvidia to give commitments to maintain the intellectual property investment and leadership,” said Mr. Campling, adding Nvidia would play up its heft as the world’s most valuable semi-conductor company to reassure the British government. 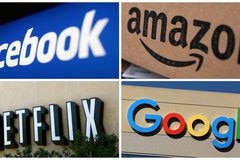 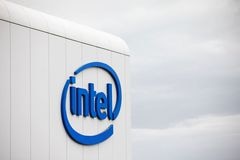