Shopify Inc. has made a strategic investment in Israeli e-commerce marketing company Yotpo, Inc., the latest in a string of deals by the Ottawa retail software giant to deepen financial ties to vendors that serve its 1.7-million-plus merchant customers.

Yotpo chief executive officer and co-founder Tomer Tagrin described the deal in an interview as a multiyear partnership that would see the two partners build products together “that will make it easier for merchants to offer great consumer experience.”

Terms were not disclosed, but Mr. Tagrin said Shopify was investing “dozens of millions” of dollars into Yotpo and would become one of its top five shareholders.

Yotpo sells five products through Shopify’s app store that plug into the Canadian company’s software platform, which is used by merchants to manage their stores and operations. The products include customer engagement features that help with loyalty and referrals, text message marketing and reviews. Yotpo is growing by more than 50 per cent a year and generating more than US$100-million in annualized revenue, said Mr. Tagrin, who co-founded the company 10 years ago and is now based in the New York area, along with about 200 of the Tel Aviv-domiciled company’s 640 employees.

Yopto reached a US$1.4-billion valuation with its previous outside funding, announced in May, and had raised more than US$400-million prior to the Shopify deal.

Canada’s most valuable company for years has taken pride in the value created by partners that provide services to its merchant customers. For example, last year they generated US$12.5-billion in combined revenue, compared with the US$2.9-billion Shopify booked itself. Several have achieved multibillion-dollar valuations and/or raised hundreds of millions of dollars in growth capital, including Yotpo, online marketing services providers Klaviyo Inc. of Boston and San Jose, Calif.-based anti-fraud software seller Signifyd Inc.

But since the start of the pandemic Shopify has embarked on a new strategy, using its clout in the surging global e-commerce business to take a bigger bite out of the huge spinoff value it has created. Shopify has made a string of strategic minority investments in companies that provide services to its merchants, including Silicon Valley’s most valuable private company Stripe Inc. – its exclusive provider of payments processing services – as well as online merchant financing marketplace Pipe Technologies of Miami Inc. Shopify has also funded same-day delivery software provider Swyft Technologies Inc. of Toronto and Vancouver’s Bench Accounting Inc. this year. Shopify also recently disclosed it invested US$200-million in July for a stake in an unidentified partner.

The strategy has so far paid off handsomely for Shopify: The company booked more than US$2-billion in net profit in the first half of the year, largely driven by strategic deals with two vendors that went public in well-received offerings.

In one of those deals, Shopify agreed to make Israeli company Global-E online Ltd. – which helps online merchants conduct global sales in the native languages and currencies of their customers – its exclusive provider of cross-border services for its merchants. In return, Shopify received warrants to buy 19.6 million shares for one penny each plus an undisclosed fee on transactions Global-E processes for them. Global-E went public in May and its stock more than doubled by June 30, creating an unrealized paper gain of US$814.6-million for Shopify in the second quarter.

Shopify also recorded a US$1.26-billion profit in the first quarter largely owing to a similar deal with San Francisco-based Affirm Holdings Inc., after the provider of instalment financing for e-commerce consumers went public in January. Shopify’s investments in its partners were valued at US$2.8-billion as of June 30, accounting for 23.4 per cent of its total assets.

Mr. Tagrin said his company also hoped to go public and would be in a position to do so within 24 months. 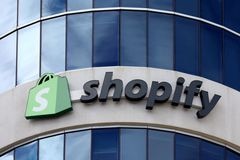 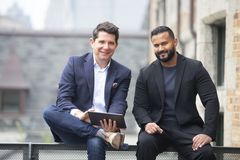 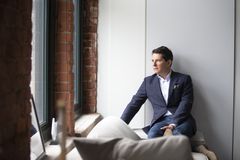