Andrew Left has set his sights on Shopify Inc. again.

The sharp-tongued short-seller, whose Citron Research attacked the Ottawa software company’s business model and marketing practices last October, on Monday published a new report alleging Shopify “has a BIG Facebook problem.” Shopify stock sold off by 3.6 per cent on an otherwise strong day for the stock market.

Playing off recent headline-grabbing concerns about personal Facebook user data ending up in the wrong hands, the Citron report predicted Shopify’s business growth – which has been driven in part through its use of online channels including Facebook – “might come to an abrupt halt” if the social network giant were to revise its privacy guidelines. “It cannot be disputed that tighter Facebook restrictions on access to privacy and pixels will annihilate the already fragile and dodgy business of the Shopify entrepreneurs.”

Mr. Left, best known for his prescient short-selling call on Valeant Pharmaceuticals International Inc. stock in 2015, explained in an interview his latest thinking on Shopify, saying any restrictions by Facebook on accessing user data would negatively impact smaller merchants who make up the vast majority of Shopify’s 600,000-plus retail merchant customers who sell through its online commerce platform. “I think it affects growth,” Mr. Left said in an interview. Shopify, which is trading at roughly 14.5 times forecast revenues of between $970-million and $990-million this year “is a very expensive company…. If anything affects growth … the stock gets hit.”

Shopify stock sold off sharply last fall on the heels of a Citron report that called the Ottawa software company “dirtier than Herbalife” – a multi-level marketing weight-loss shake maker that agreed to pay a US$200-million settlement with the Federal Trade Commission after being accused of pyramid scheme practices. But after sell-side analysts disputed last fall’s criticisms, the company dismissed the report and Shopify CEO Tobi Lutke accused Mr. Left of being a “short-selling troll” who made “preposterous claims,” the stock made back its losses and increased a further 20-plus per cent.

The company responded stridently to Mr. Left’s latest attack. “We remain extremely confident in our business, our merchants, and our growth model,” the company said in a statement on Monday. “Shopify offers the technology for businesses to sell on their own websites, in retail stores, on marketplaces like eBay and Amazon, and on social channels like Facebook and Pinterest. The power of our platform is that we offer one interface for merchants to sell anywhere and everywhere. It’s incorrect to say that our merchants’ success is tied to Facebook and its data. It’s similarly incorrect to say that our company’s success is based on our Facebook advertising.”

Mr. Lutke went so far as to make fun of Mr. Left, noting the Citron report commended the company for its “best-in-class e-commerce solutions.” “Ha. Even short-selling trolls are now singing our praises,” Mr. Lutke said in a tweet. “If they only get the rest of their facts right.” He further tweeted: “Our 600,000+ entrepreneurs can sell on any channel they want to. If their customers want to buy via carrier pigeon, we’ll build a channel for that too. The health of any individual channel has little effect on the overall platform. Demand migrates.” 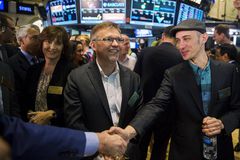 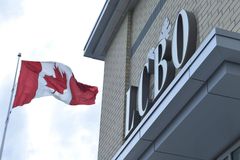