Toronto’s chief technology officer, Lawrence Eta, is asking city leaders to consider inclusion, privacy and transparency in decisions about digitizing municipal infrastructure as his office works to develop detailed policy on the matter.

The city has become a global focal point for debate over the role governments should play in overseeing the possibilities of internet-connected infrastructure and data collection, as development agency Waterfront Toronto negotiates with Google affiliate Sidewalk Labs to plan a digital-first community on a slice of Lake Ontario shoreline called Quayside.

Councillor Joe Cressy, whose ward includes the proposed Sidewalk plot, asked the city last year to develop a cohesive policy around digital infrastructure, including smart city developments such as Quayside. Mr. Eta released a report for the Toronto council’s executive committee Thursday outlining working principles to guide such digital decisions until the formal plan is finalized – which isn’t expected until at least late 2021. While the final plan would not be available until at least a year and a half after the Waterfront vote to approve Sidewalk’s Quayside plan, the new principles revealed Thursday would be applied by the city in its subsequent review of the project.

The rules would apply to projects across the city, such as cameras used for studying bike-lane pilots.

Those principles include ensuring new technologies are inclusive of all Torontonians; that they allow staff and politicians to make decisions with concrete evidence; that they bring social, economic and environmental benefits to the city; that they create no privacy or security risks for citizens; and that decisions are made through transparent, democratic processes.

Mr. Eta’s report applies to infrastructure that might create, collect or use data, such as network systems, software or sensors such as cameras or microphones involved in municipal services. “There is currently no cohesive policy or plan for the management of this infrastructure,” Mr. Eta wrote in his report. A central municipal plan for digital management, he continued, would help the city evaluate “external proposals” – such as Sidewalk’s plan for the city.

Sidewalk’s tech proposals include plug-and-play sensor connectors called Koala that could collect all kinds of data for the Alphabet Inc.-owned company and third parties, energy-efficient building-monitoring systems and self-driving waste bins. The company has not yet outlined how much the cost of maintaining these technologies, including through software updates, could fall on taxpayers if the project is approved by Waterfront’s directors in March.

Should the tripartite Waterfront board approve the project, city staff would then review the project’s details – including through the lens of the working principles outlined Thursday.

“Smart cities … are just one example of the increasing interconnectedness of technological advancement and cities,” Mr. Cressy, who is also a Waterfront director, said in a statement Thursday. “To date, the private sector has led the conversation on digital governance. Now, the City of Toronto is stepping up to provide leadership and protect the broader public interest in an area where governments must.”

The city will continue with public consultations as it develops the plan. 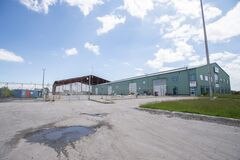 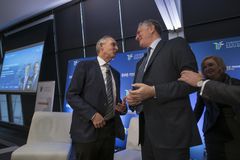