Uber Technologies Inc will connect U.S. riders directly to emergency number 911 from this summer, the latest in a package of measures designed to improve the global ride hailing company’s popular image.

The company said its app will have a dedicated “safety center” feature that will include information on driver screening processes, insurance protections and community guidelines.

Riders will also be able to designate up to five friends and family members as trusted contacts and share trip details with them during every ride, Chief Executive Officer Dara Khosrowshahi wrote in a blog post on Thursday.

Uber is currently facing a class action suit in the United States for poor driver vetting that has led to a series of sexual harassment incidents, including rape.

The string of safety measures is an attempt by CEO Dara Khosrowshahi, who took the top job in August last year, to refurbish Uber’s image and put several scandals behind the company following eight years of former CEO Travis Kalanick’s pugnacious leadership.

The ride hailing company, which said on Wednesday it will add new services, including car-sharing and train tickets, is looking to be virtually a one-stop transportation shopping app.

Khosrowshahi recently visited Asia and announced many changes to the Uber app under his initiative focused on “ways Uber can better serve riders, drivers and cities.” 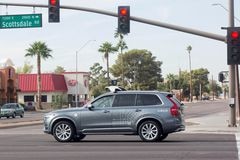 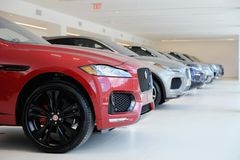 Uber to sell Southeast Asian business to rival Grab, sources say Subscriber content
March 26, 2018
Report an error
Due to technical reasons, we have temporarily removed commenting from our articles. We hope to have this fixed soon. Thank you for your patience. If you are looking to give feedback on our new site, please send it along to feedback@globeandmail.com. If you want to write a letter to the editor, please forward to letters@globeandmail.com.
Comments are closed