Crest Rock Partners picked up between 69 per cent and 75 per cent of the 11-year-old marketing automation software company in the deal, with early investors receiving about two-thirds of the total for their shares and the balance going into the company, according to sources familiar with the deal.

Unbounce managed to secure the same terms it had negotiated with Crest Rock prior to the pandemic shutdowns in March, although the deal only closed last Friday. Unbounce co-founder and CEO Rick Perreault declined to confirm the terms of the deal.

Unbounce’s software allows small and medium-sized merchants to create dedicated landing pages on the internet that prompt visitors to buy their products and services. The 200-person company, which generates US$24-million in annual revenue, is “the clear market leader in conversion optimization” – maximizing the number of website visitors who become revenue-generating customers – said Crest Rock partner Steve Johnson in a statement.

The Vancouver company, one of the city’s largest startups by employee count, had previously raised less than $1-million in outside equity funding. But as private equity investing hit record levels in recent years, successful tech startups such as Unbounce were overwhelmed with unsolicited entreaties from private capital firms.

The company, which has seen revenues increase about 20 per cent annually, began hearing from private equity firms two years ago – about the time its founders decided to invest in building machine learning-powered bots to help its time- and cash-starved customers pinpoint which types of landing pages – it offers more than 100 options – and marketing approaches would maximize their returns.

“That for us was a pivotal moment where we started focusing on evolving the business from a productivity tool to a solution that would allow small businesses in an increasingly competitive world … get the highest conversion rates possible,” Mr. Perreault said in an interview.

“There was definitely an appetite to move faster. It was about finding a partner who could help us accelerate growth” and whose values were similar to the company’s, he said. “That led to the decision” to sell control to Crest Rock. Mr. Perreault will remain CEO; chief revenue officer Felicia Bochicchio has been appointed president.

Mr. Perreault co-founded Unbounce in 2009 after noticing a lack of options in the market for non-technical small business people to build simple, targeted web pages that could increase their sales. Unbounce, which says its product has been used to convert more than a billion web visits into transactions, now operates in an increasingly crowded field of online marketing automation tool providers, including Mailchimp, HubSpot and Instapage. As such, it must contend with much higher customer turnover than subscription software companies serving corporate and government customers. 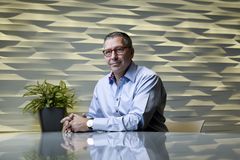 How a family bakery used technology to expand and bring in some big brands
October 30, 2020 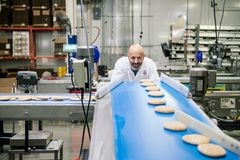 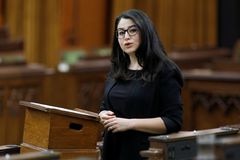