More below• Photo essay: Caribou, a Yukon way of life


Caribou, the iconic herbivore that graces the back of the Canadian quarter, is on a pathway to extinction in every region where it is currently found, says one of the country’s foremost experts on the species.

The stark assessment has emerged from nearly a decade of meticulous research aimed at understanding how 11 different subsets or “designatable units” of caribou should be listed under the federal Species at Risk Act.

Justina Ray, a conservation biologist who co-led the work on behalf of the independent body that advises the government on the status of endangered wildlife, said the change in the caribou’s fortunes since 2004, the last time such an assessment was completed, is profoundly worrying.

“I think the conclusions startle even those of us who have been paying a lot of attention,” Dr. Ray told The Globe and Mail before a government-sponsored meeting of caribou researchers in Ottawa this week.

“Every single unit is in some kind of danger, and more than half of them are [assessed as] endangered,” she said.

Perhaps most alarming, the list includes the vast herds of barren-ground caribou that move across the Arctic tundra, as well as the eastern migratory herds around Hudson Bay. Neither category was considered in trouble 15 years ago. Now, scientists are recommending that the barren-ground caribou be listed as threatened, while the eastern migratory caribou – whose numbers have plummeted from more than one million to about 225,000 animals – qualify as endangered, the highest level of threat. 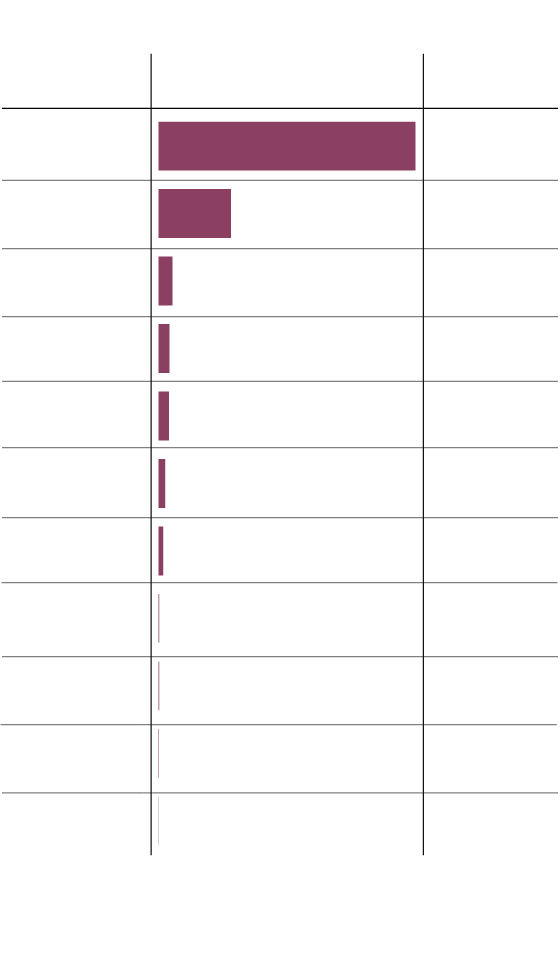 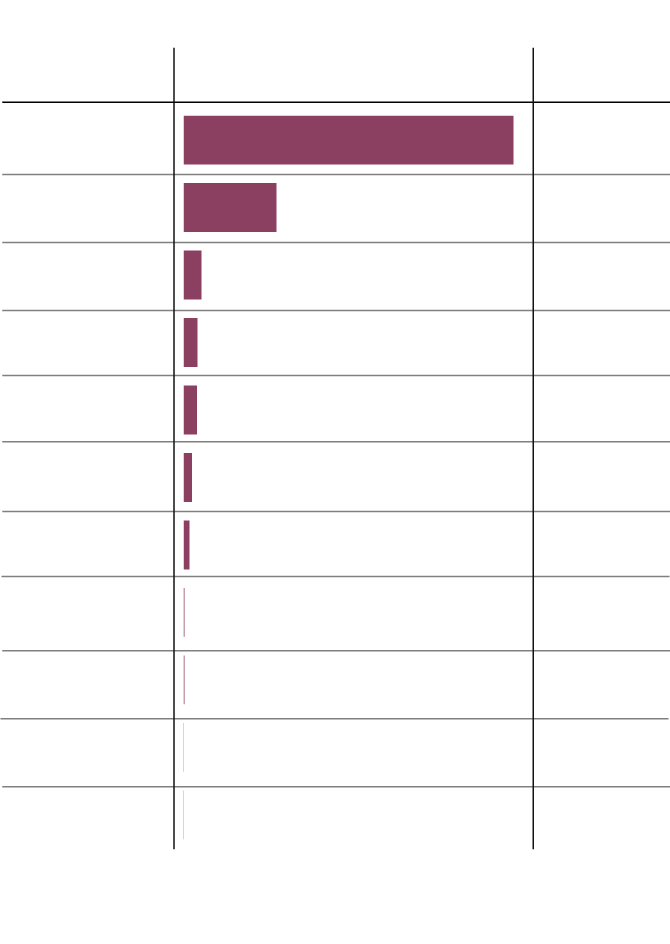 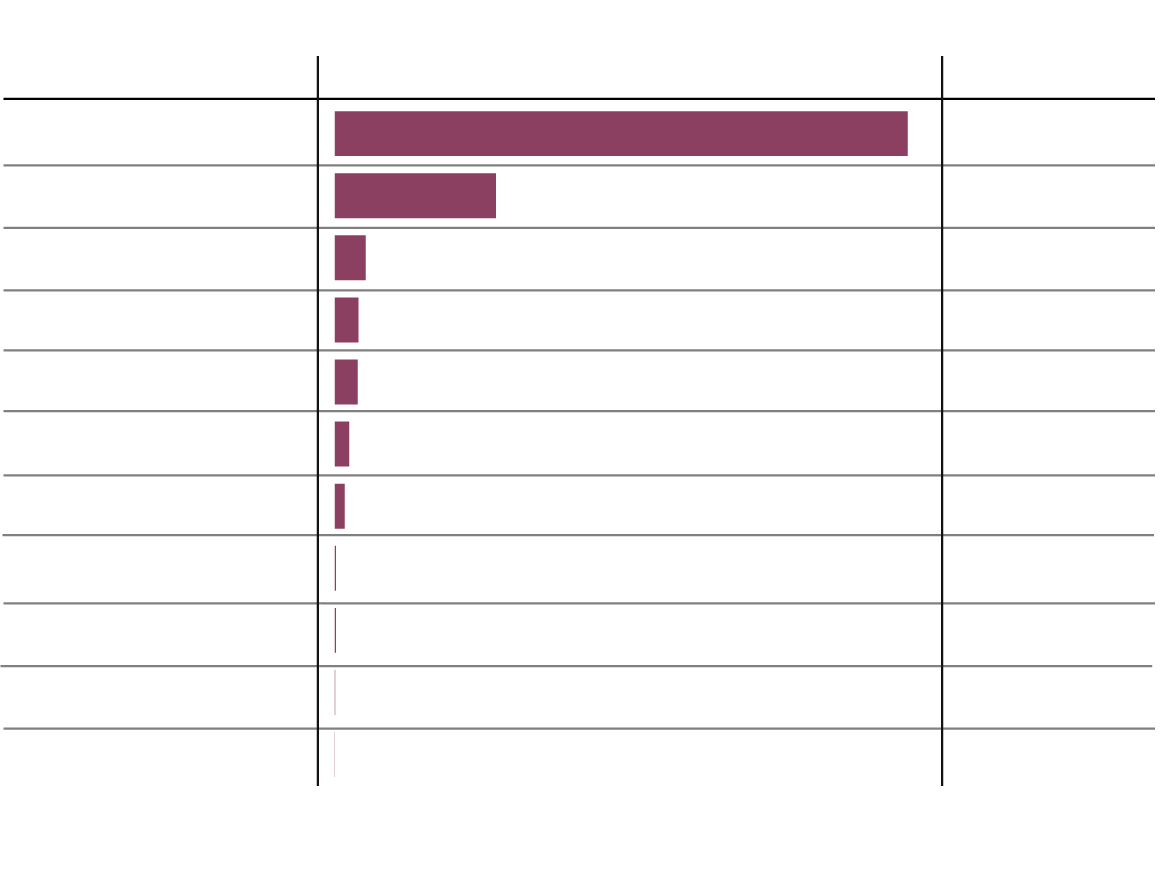 Dr. Ray, who is Canadian president of the Wildlife Conservation Society, said the dismal trend is echoed by continued declines among caribou in the Rocky Mountains and across the boreal forest that have long been understood to be at risk. Some caribou units are moving into higher threat levels faster than scientists can assess them.

While the threats caribou face are complex and vary by region, the common denominator is human activity, primarily through resource development and, increasingly, climate change.

Wherever they are found, caribou play the role of umbrella species, meaning their presence is of central importance to their ecosystems. In the North, they are also a food source for Indigenous communities.

All caribou in Canada belong to one species. Scientists regard the 11 units as distinct because of a combination of their habitat, ecology and genetic differences. Some units contain only one herd; larger units have dozens. 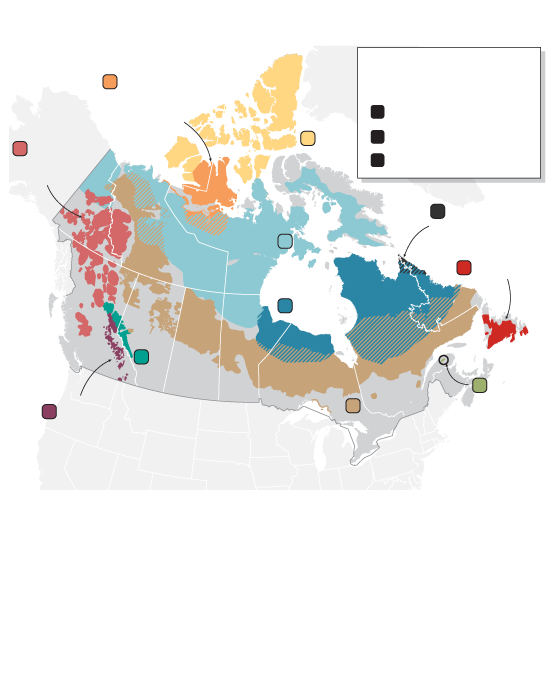 *Based on assessments of 11 distinct population units of

caribou for the Committee on the Status of Endangered 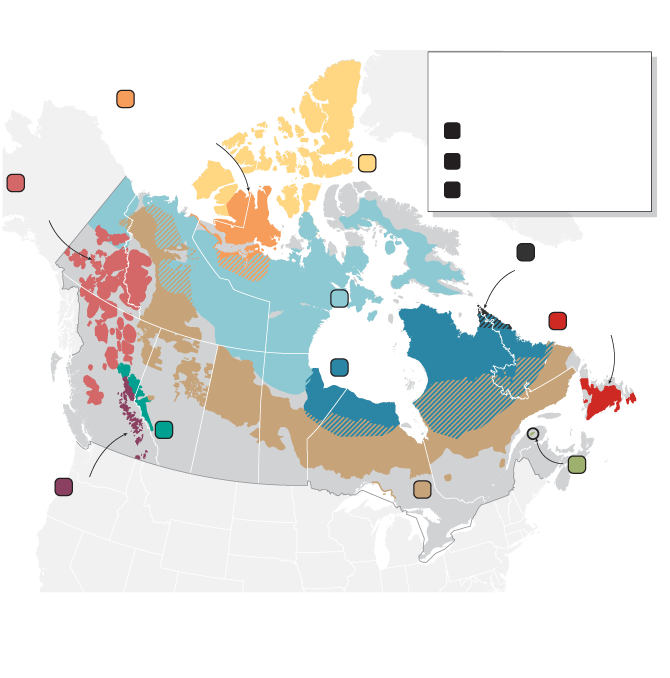 *Based on assessments of 11 distinct population units of caribou

for the Committee on the Status of Endangered Wildlife in Canada 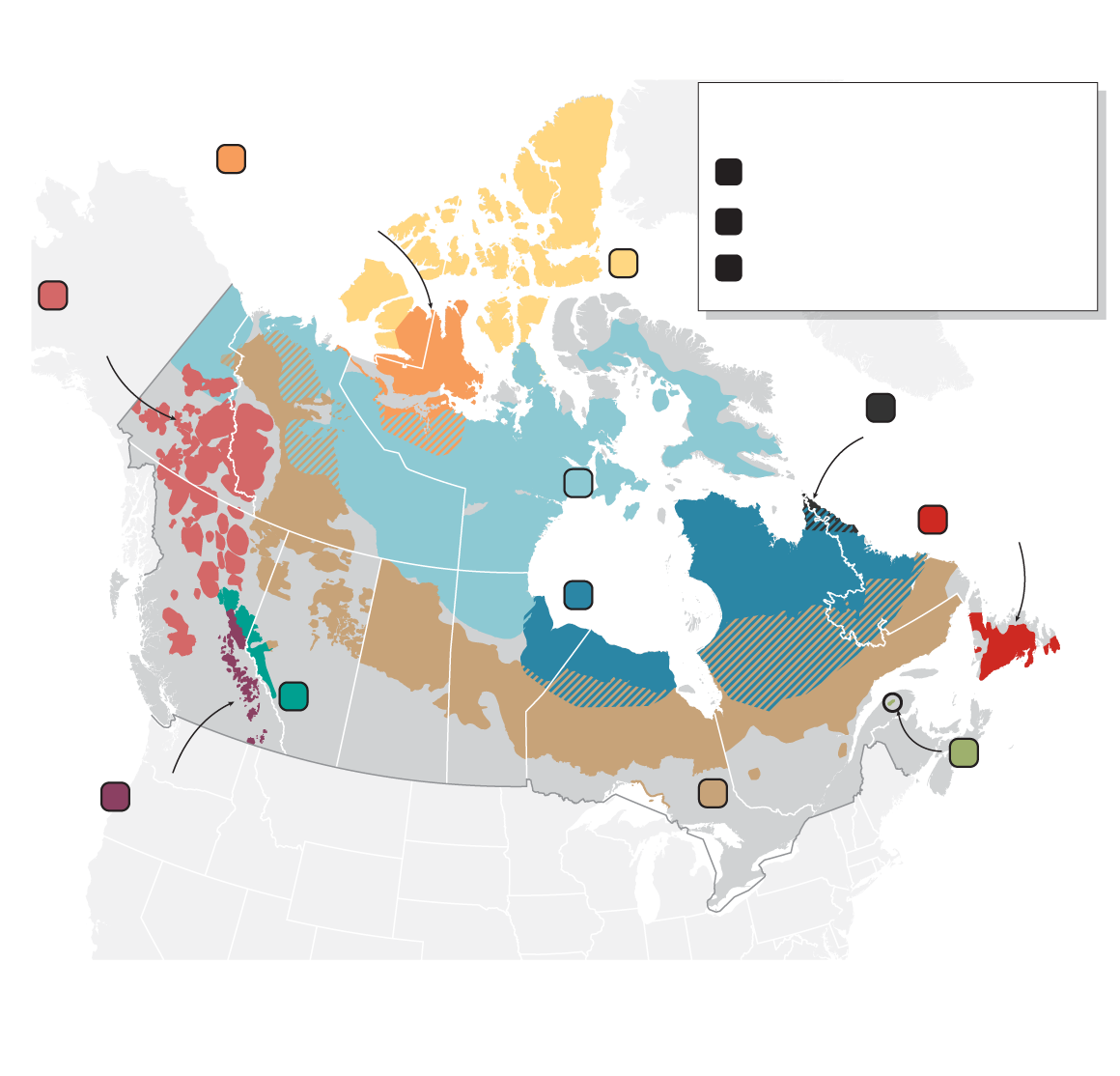 Committee on the Status of Endangered Wildlife in Canada

The vast geographic range of caribou presents a challenge for scientists trying to understand how the species is doing. That task is compounded by the fact that caribou populations are in constant flux, which makes it difficult to separate normal variations from a sustained downturn.

Yet, even in the far north, the emerging prognosis for the caribou is no longer in doubt. Unless definitive action is taken, scientists say, caribou could be heading to a point of no return, even if they linger for generations.

“We know there are natural cycles with their numbers, but all the herds except for a few seem to be approaching population minimums and we’re not seeing those signs of recovery that you normally would see,” said Brandon Laforest, an Iqaluit-based specialist in Arctic species and ecosystems with the environmental group WWF Canada.

The caribou are among the most visible of the approximately 16,700 species that have suffered an average 60-per-cent decline since 1970, according to a new WWF report released on Monday.

Experts say a big part of the problem in Canada has been government reluctance to come to grips with the plight of the caribou at a scale that goes beyond single resource projects and their local impact on individual herds.

For example, last December, WWF Canada wrote to the Trudeau government, which opposes U.S. development on the Alaskan calving grounds of the Porcupine River caribou herd, which is part of the barren-ground unit, to ask why it has not moved to prevent mining projects on calving ground in Nunavut. The government has yet to respond.

Conservation groups say the heel-dragging illustrates the inadequacies of Canada’s legal framework for species protection in the face of resistance from provincial governments and industry.

Last year, the Canadian Parks and Wilderness Society launched a lawsuit against federal environment minister Catherine McKenna for what it says is a failure by the government to uphold its responsibilities to protect boreal caribou.

In April, the federal government issued a report that said the provinces were failing to develop and implement boreal caribou protection plans as required, but Ottawa has so far not taken stronger action.

“Canada’s caribou populations need our help, and the Government of Canada is working closely with the provinces and territories – who have primary responsibility – to better protect them,” a spokesman for the minister said.

Outside of Canada, the Natural Resources Defense Council, based in Washington, is calling on Ottawa to employ a “safety net order” that would supersede provincial authority to protect boreal caribou habitat.

From a global perspective, the action would be doubly effective, said Courtenay Lewis, a policy manager for the organization, because it would protect forests whose destruction would contribute significantly to climate change.

“Some of the largest carbon stores in the boreal directly overlap with some of the last remaining boreal caribou habitat,” she said.

Dr. Ray said she plans to lay out her insights on Wednesday at the Ottawa meeting after having worked on six reports between 2009 and 2017 that detail the condition of every caribou unit in Canada.

While her conclusions will not surprise experts, she said, her assessment work, based on the collective efforts of scores of scientists, has given her a rare vantage point on the species. In conjunction with her presentation, she has also worked with mapmakers at Canadian Geographic to show how the caribou units are distributed across the country and their worsening threat levels.

But what is crucial, she said, is that the information translate into action.

“It’s time to move in a real way towards protection,” she said. “We have to change the paradigm.”