A COVID-19 vaccine developed by German biotech firm BioNTech SE and U.S. pharmaceutical giant Pfizer Inc. has shown potential and was found to be well tolerated in early-stage human trials, the companies said on Wednesday.

The drug is one of 17 being tested on humans in a frantic global race to find a vaccine the world is counting on to end a pandemic that has infected 10.5 million people and killed more than half a million so far.

BioNTech’s shares were up 4.6 per cent, after rising as much as 19 per cent to reach their highest in more than three months.

Pfizer stock also gained, rising 4.4 per cent to US$34.13. In turn, shares in some rival vaccine developers, such as Moderna and Novavax Inc. dropped.

BioNTech said testing of two dosages of its BNT162b1 drug on 24 healthy volunteers showed that after 28 days they had developed higher levels of COVID-19 antibodies than typically seen in infected people.

It said the higher of the two doses – both administered through two injections within three weeks of each other – was followed by a short fever in three out of four participants after the second shot.

A third dosage, tested at a higher concentration in a separate group, was not repeated after the first shot because of injection pain.

He said larger trials were being prepared to show whether this translates into protection against a real infection.

“While more work needs to be done, we believe the benefits appear to outweigh the risks so far, especially when considering the disease the vaccine is trying to prevent,” Mizuho Securities analyst Vamil Divan said in a note.

No COVID-19 vaccine has yet been approved for commercial use. A Massachusetts Institute of Technology analysis last year found that about one in three vaccines in the first stage of testing later gains approval.

BioNTech, which listed on the U.S. Nasdaq in October, said the data demonstrated that BNT162b1 could be administered in a dose that was well tolerated with only temporary side effects.

Early-stage human trials of vaccines are designed to measure certain antibodies and other immune markers in the blood as an indicator of the body’s readiness to fight an infection that then requires further validation.

The pharmaceutical industry is eager to launch larger follow-up trials to see how vaccinated participants react to real infections over longer periods.

BioNTech and Pfizer will now pick the most promising of four experimental vaccines for a trial involving up to 30,000 healthy participants, which is likely to begin in the United States and Europe in late July, if it gets the regulatory green light.

Results from early-stage testing of BioNTech’s three other potential vaccines have yet to be published.

The manuscript with the preliminary data from the clinical trials, which were launched in April and May, is under peer review for publication in a scientific journal, BioNTech said.

Singapore’s state investment fund, Temasek, and other investors said on Monday there were investing US$250-million into BioNTech for a 1.1-per-cent stake in company.

The Mainz-based company is using the so-called messenger RNA approach, like unlisted domestic rival CureVac GmbH and Moderna. Translate Bio Inc. and its partner, Sanofi SA, are also working on a messenger RNA vaccine for COVID-19.

Biotech investors Thomas and Andreas Struengmann, who sold their generic-drugs business, Hexal AG, to Novartis International AG in 2005, are major shareholders of BioNTech. 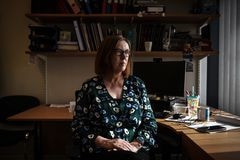 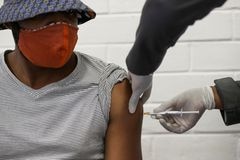 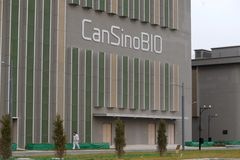