Female health scientists in Canada face a significant disadvantage when competing for federal research dollars in cases where grant reviewers are allowed to consider who is doing the science compared with when a project is judged on its scientific merits alone, an independent study has revealed.

The finding, based on an analysis of nearly 24,000 grant applications to the Canadian Institutes of Health Research (CIHR), offers one of the strongest indications to date of a pervasive bias that women working in science face as they try to marshal resources to advance their research goals.

And because the bias makes them less likely to win grants – the starting line for most research projects – its effects could continue to be felt throughout a female researcher’s career through reduced opportunities to make discoveries, attract talented students, win awards and advance to positions of greater leadership and influence.

“You need the grants in order to be able to do the work, to publish the papers, to get invited to give the talks,” said Holly Witteman, a human factors specialist in the faculty of medicine at Laval University in Quebec, who led the analysis.

The revelations about the success rates of male and female applicants to CIHR came about through a massive experiment made possible when the funding agency changed its competition process in 2014. 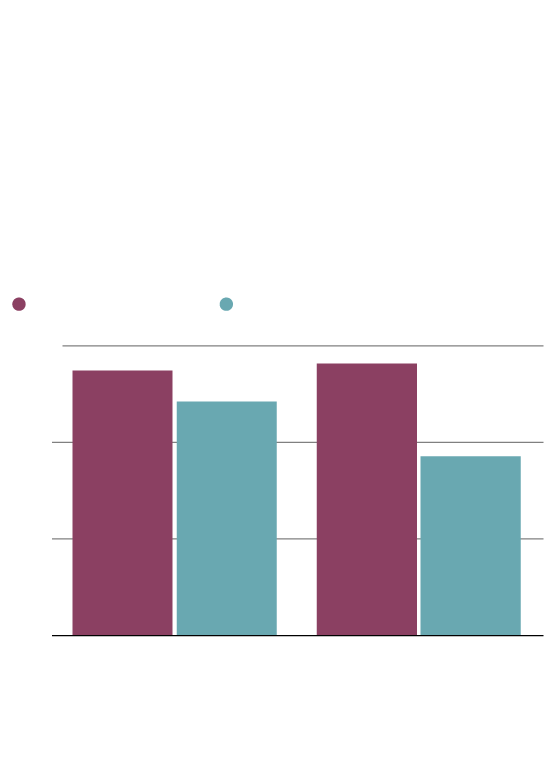 The success rates of male and female scientists

funding programs vary. For the left side,

reviewers selected research projects. For the

right side, reviewers selected researchers – a

factor that appears to disadvantage women. 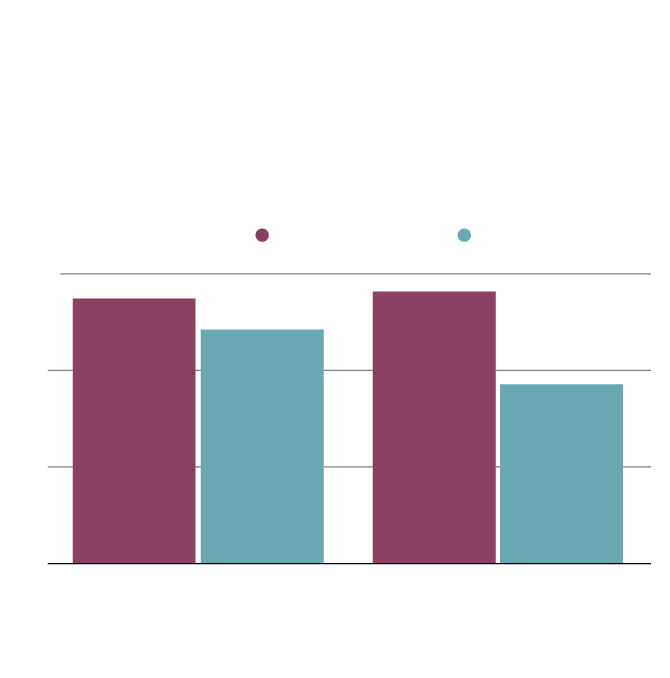 The success rates of male and female scientists applying

vary. For the left side, reviewers selected research projects.

For the right side, reviewers selected researchers – a factor

that appears to disadvantage women. 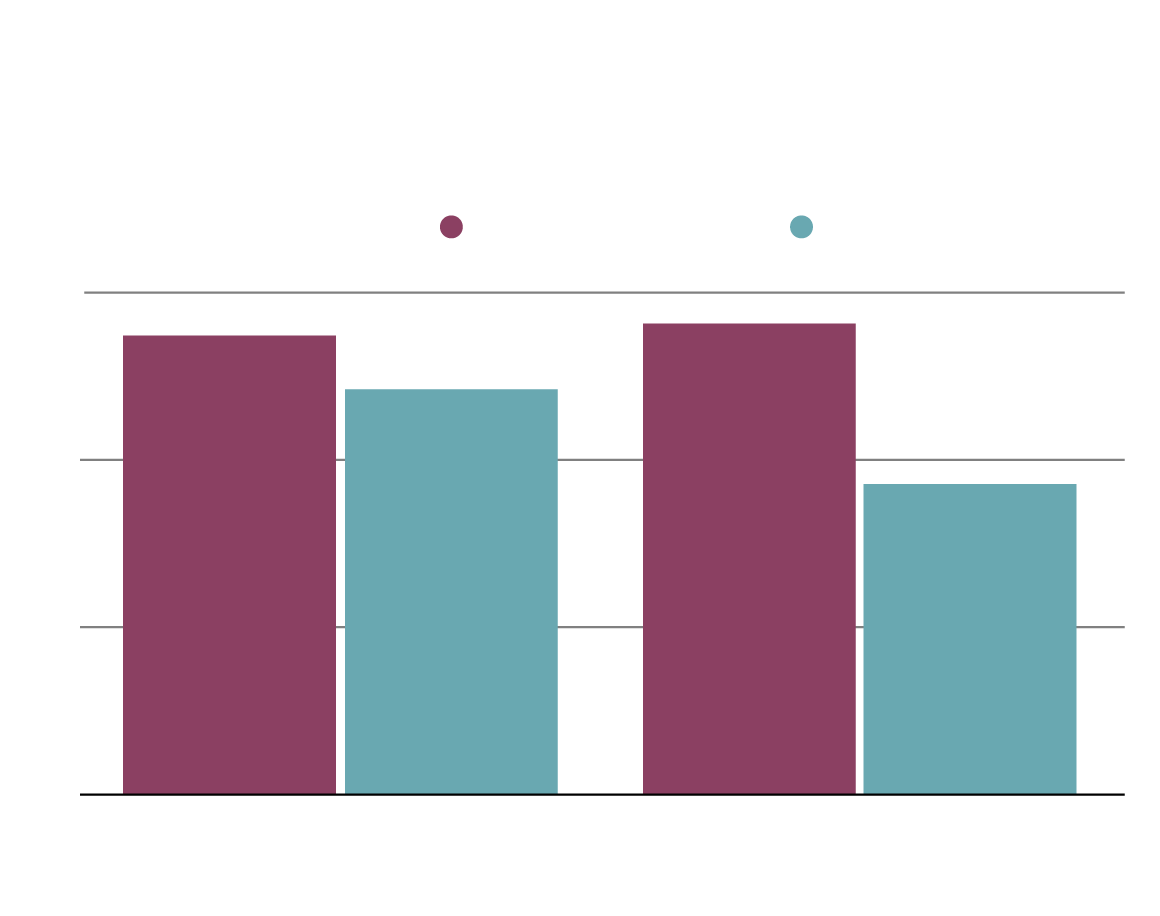 projects. For the right side, reviewers selected researchers – a factor that appears

CIHR currently distributes more than $1-billion annually to Canadian scientists working in biomedical and health research. Approximately $650-million of that funding is in the form of open grants that individual researchers compete for. Since 2014, that pool has been divided into two separate programs. One program – consisting of “project grants” – is oriented to funding individual research proposals in the neighbourhood of $720,000 for four years. Applications are judged by a panel of peer reviewers and the criteria are based only on the scientific merits of a proposal.

In contrast, “foundation grants” are larger and are aimed at research leaders with a successful track record who may be conducting the equivalent of several related projects. Foundation grants can be worth more than $2.5-million and they are spread out over seven years to provide a longer period of consistent funding.

By their nature, the foundation grants require peer reviewers to consider the abilities of the researchers they are choosing to fund, not just the science. It is here that the data suggest female scientists face a larger barrier than their male counterparts.

Working with statisticians at CIHR, Dr. Witteman and her team looked at the outcomes of 23,918 applications from 7,093 researchers over a five-year period. After accounting for age, research specialty and other factors, she found that under the project grant program, female scientists had a success rate that was only 0.9 per cent lower than men. But in the foundation grant program the difference grew to about 4 per cent – a serious gap for a program whose overall success rate is less than 14 per cent and a potential cause for concern to those who oversee Canada’s health research apparatus.

“If public dollars are being allocated in a way that isn’t maximizing that investment, that’s a problem,” Dr. Witteman said. She added that there are broader consequences of the imbalance for women, since a larger share of research focused on women’s health is led by female scientists.

The study was published Thursday by the medical journal The Lancet as part of a larger special issue on gender issues in health research.

Adrian Mota, associate vice-president of research programs at CIHR, said the agency was aware of the gap and, in 2016, began intervening to redress the imbalance during later stages of the foundation grant process. The program remains in place with the next set of successful applicants expected to be announced this summer.

“We’ve also implemented [the requirement] that all the foundation reviewers have to do a training module on implicit bias,” he said.

“There are and have been many very capable and accomplished women who have been willing and interested in stepping into leadership roles – but have been told for whatever reason that they are not a ‘good fit,’ only to see someone who looks like the traditional image of a ‘leader’ in science and medicine fill the role,” said Imogen Coe, a professor of chemistry and biology at Ryerson University in Toronto, who contributed a review paper to the Lancet special issue.

Janet Rossant, president of the Gairdner Foundation, which presents a series of highly valued international awards to biomedical researchers each year, said that the results underscore why research excellence, rather than “a special focus on leadership, broadly defined” should be at the core of grant reviewers’ decisions.

Sarah Kaplan, director of the Institute for Gender and the Economy at the University of Toronto, also contributed to the special issue. She added that another obstacle female researchers face is that science is typically seen as objective in nature, an area where facts and results rule, a perception that can conceal various forms of bias.

"Everyone has this idea that it’s only about the quality of the research,” she said. “The problem is that our notions of meritocracy are actually highly gendered.”