When it comes to tinkering with the stuff of life, George Church is the equivalent of a Lego master builder.

A professor of genetics at Harvard Medical School, Dr. Church, 64, is known for his role in developing synthetic biology – the science of creating new structures and functions from the molecular ingredients of living cells. Since the 1980s, his work has helped trigger multiple revolutions that stem from reading, writing and manipulating DNA. Among his contributions to the field, Dr. Church is one of the scientists credited with developing the gene-editing technology known as CRISPR.

Last fall, a Chinese researcher, He Jiankui, stunned the world when he announced that he has used CRISPR to alter the DNA of a set of twin newborn girls, to give them resistance to a form of HIV.

This week, Dr. Church sat down with The Globe and Mail to discuss the CRISPR babies and other topics while he was in Toronto for a synthetic biology conference organized by Ontario Genomics.

Many scientists have condemned Dr. He’s experiment as an ethical breach because it involved changing the germline – the genetic code that is passed on to succeeding generations. Dr. He’s critics argue that the experiment was not a medical necessity and that it was conducted in secret without sufficient concern for “off-target” effects that might lead to future health complications for the girls and their descendants.

Dr. Church, who has seen Dr. He’s data, is more circumspect. He said HIV is far from a medically solved problem and that it would have been impossible for Dr. He to have been more transparent about what he was doing without revealing the identities of the girls and their family. Although he was one of the first scientists to warn of off-target effects, Dr. Church thinks the risk may be overblown in this case.

He added that the furor that has erupted over the matter means that Dr. He’s work has not received peer review or been published in a reputable research journal.

“I think that’s a pity,” Dr. Church said. “If a [journal] editor wants to take cover, he or she could have critics write something as well, as a counterpoint. But I think it should be published.”

In time, it’s possible that gene-editing of embryos will become as mainstream as in vitro fertilization is today, Dr. Church added.

Either way, he said, the global attention paid to the idea of genetically editing babies is a distraction from the much broader and more imminent impact of CRISPR. In practice, it will take decades to show whether such experiments have the intended effect. Long before then, the use of CRISPR for treating genetically based diseases in adults is likely to become commonplace, with outcomes that are evident far more quickly. As for the spectre of enhancing future babies with tailor-made genetic edits for traits such as disease resistance or intelligence, Dr. Church said non-genetic innovations from vaccines to cellphones are already enhancing us plenty.

“We’re superhuman compared to our ancestors,” he said, with innovations that “are more surely inherited than facial features.”

When asked where he puts himself on the caution versus curiosity axis, Dr. Church hews firmly to the cautious – a surprising answer for a scientist connected with so many upheavals in his field. The projects that most motivate him, he said, are those that are “philosophically interesting,” reduce the cost of a procedure or treatment by many orders of magnitude and that can be shown to be beneficial to people.

For a while, he said, green energy seemed to him the most important application for developing new biological systems. But increasingly, he sees medical applications as the most pressing. One example would be using the tools of synthetic biology to engineer cells and tissues for transplants that are immune to known viruses and thus improve their chances of survival in the patient.

“I’m fascinated with that as an example of a synthetic biology goal.”

The cost of sequencing an individual’s entire DNA sequence has plummeted in the past 20 years from about $100-million to less than $1,000 a genome. Yet, even that price is artificial, Dr. Church said.

As a cost-benefit analysis, it’s now arguably beneficial for everyone who desires to have their whole genomes sequenced for free, Dr. Church said, because of the medical costs associated with treating genetic diseases.

“There are millions of dollars at stake if you have a bad genetic outcome.”

To help ensure the privacy of genetic information, he is involved with a newly launched company, Nebula Genomics, which aims to give customers the ability to encrypt their DNA so they can ask health-related questions – including with whom they can have children without incurring unusual genetic risks – without revealing the underlying genetic information.

ON BRINGING BACK THE WOOLLY MAMMOTH

Yes, Dr. Church has famously championed this idea, too, which would entail using recovered DNA from frozen mammoth fossils to guide the creation of a cold-adapted elephantine creature that could repopulate the Arctic and restore a long-lost ecosystem.

“We don’t want to just synthesize the mammoth genome blindly," he said, because such an effort could introduce fossil viruses lurking in the extinct DNA. But the project raises the broader possibility of using genetic tools to preserve and strengthen endangered species.

ON A LIFE IN SCIENCE

“I had it all mapped out how we were going to sequence everybody’s genome back when I was a teenager, but I didn’t care whether I was going to be a professor or a technician or a corporate executive – I just knew it was going to be part of it.” Dr. Church said. “I do wish I had a few more hours and a few more brain cells. We’re working on the brain cells, but the hours are harder to manufacture.” 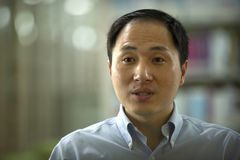 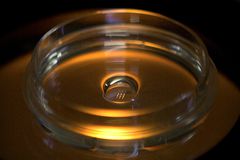