The federal government has awarded $26.8-million in research grants to Canadian scientists studying coronavirus and its effects, officials said on Friday.

The funding will be distributed to 47 university-based teams pursuing projects that include new approaches to on-the-spot testing for infections and potential treatments for those who have contracted the virus.

The successful teams were among more than 200 who submitted proposals last month to the Canadian Institutes for Health Research (CIHR) in answer to a rapid response funding call that the federal agency said was the fastest research grant competition it has ever administered.

Scientists praised the quick turnaround, stressing the need to gather data and test new approaches while the coronavirus is still spreading through populations around the globe.

Dr. Murthy received $954,936 in funding to set up a national observation program to monitor those with confirmed cases of COVID-19 that are severe enough to require hospitalization. So far, that amounts to only two patients in Canada, but Dr. Murthy said the project is expecting, and ready, for hundreds more. The study will include a randomized clinical trial to assess the effectiveness of an antiviral treatment developed for HIV.

Joanne Lemieux, a biochemist at the University of Alberta, said she and her colleagues raced to put their proposal together. The team has received $714,250 to study the action of a compound originally developed to treat feline coronavirus that may also inhibit the ability of SARS-CoV-2 to replicate in human cells.

“We have a lot of people who have invested decades of research on viruses,” Dr. Lemieux said, adding that the new funding would help put Canadian expertise to work in the effort to combat the new outbreak.

Adrian Mota, associate vice-president for research programs-operations at CIHR, said the funding call was designed to have maximum impact in the area of containing the severity of the outbreak, but that the awards were spread across several areas where Canadian researchers can make a meaningful contribution to the global coronavirus response.

High on the list around the world are tests not only to spot infections, but to identify which are likely to become more severe.

David Kelvin, an infectious disease researcher at Dalhousie University, received a $1-million grant to study blood samples from thousands of patients with COVID-19 in China, Italy and other countries with the goal of identifying proteins that can serve as biomarkers to predict severe cases. He said such biomarkers can provide vital clues to which cases could be prioritized in situations where emergency rooms are overwhelmed with new cases, as China’s experience has already demonstrated.

Keith Pardee, a synthetic biologist at the University of Toronto, received $1-million to address a different diagnostic bottleneck. Testing for COVID-19 typically requires a laboratory with specialized equipment, making it impossible to test for suspected cases in places that lack these facilities, such as cruise ships or many communities across the developing world.

Dr. Pardee’s project will repurpose technology he and his team have been developing to test for zika virus in which all the active components of the test are deposited on paper in a freeze-dried form. In theory, such a test could be conducted virtually anywhere and provide a result within minutes -- vastly improving public health strategies for containing an outbreak.

The project will be funded by the International Development Research Centre, which contributed $1.5-million to the funding call. The government is also directing $7-million from its New Frontiers in Research Fund, which was established in 2018 to promote high-risk, high-reward research in Canada.

The research grants were unveiled in Montreal by a quartet of federal ministers, including Health Minister Patty Hajdu and Science Minister Navdeep Bains, who are part of the recently formed cabinet committee on COVID-19. 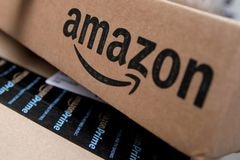 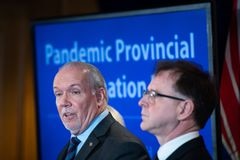 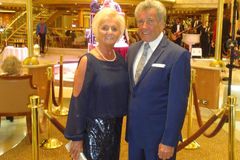