Coronavirus information
The Zero Canada Project provides resources to help you make the most of staying home.
Visit the hub
James Keller
Published May 22, 2020 Updated May 22, 2020
Comments
Please log in to listen to this story. Also available in French and Mandarin. Log In Create Free Account

Calgary and Brooks will rejoin the rest of the province in opening restaurants, cafés and hair salons on Monday, after the government said COVID-19 infection data show progress on containing the virus.

Both communities were put on a delayed timeline when the province launched the first phase of its economic relaunch plan last week.

Calgary has had the highest infection rate in the province, accounting for more than half of COVID-19 cases in Alberta. An outbreak at a beef slaughterhouse in Brooks, located about a two-hour drive east of Calgary, infected hundreds of workers, including one who died, and spread into the community.

There was a larger outbreak at Cargill Ltd. slaughterhouse near High River, which is believed to have contributed to Calgary’s high infection rate.

Premier Jason Kenney said the situation in Alberta continues to be less severe than elsewhere in the country, referring to large provinces such as Ontario and Quebec that have each tens of thousands of infections and thousands of deaths.

“Thanks to the vigilance of Albertans, we are winning the fight against COVID-19,” he said at a news conference in Calgary.

Most of those services were permitted to open everywhere in the province on May 14, but the notable exceptions in Calgary and Brooks were restaurants, pubs, cafés and hair salons.

The province has issued guidelines for businesses to ensure physical distancing, such as by limiting capacity, and increased cleaning.

The province’s second phase, which will include movie theatres, libraries and additional medical services, could start as early as mid-June, depending on the rate of COVID-19 infections by then.

The decision to delay some openings in Calgary and Brooks was announced with less than a day’s notice, which angered restaurateurs who said they spent money buying food and preparing to open that was now lost.

Sandip Lalli, president of the Calgary Chamber of Commerce, said while some businesses were angry about the delay, the extra time allowed them to train staff, obtain personal protective equipment such as masks, and make other preparations to protect their workers and customers.

She said many businesses are worried that customers aren’t ready to rush back just yet. She said June will be the real test as businesses determine whether they can turn a profit with reduced capacity and whether demand improves heading into the summer

“We are continuing to hear that consumer confidence is not there yet,” she said. “This is just gonna be a little bit of trial and error for us.”

Ms. Lalli said the announcement on Friday, which provided businesses with a three-day heads-up, was an improvement over the rushed announcement from a week earlier.

“It was a good course correction from the province on communication,” she said.

In Brooks, Mayor Barry Morishita said the delay made sense to ensure infections had subsided.

“It really did make sense to go through this the way it did,” he said “The extra 10 days did help us make sure we’re on top of everything, and it’s given confidence to our community.”

Calgary Mayor Naheed Nenshi wasn’t available to comment on the province’s decision, but said on Twitter that it was made possible by the “hard work" of Calgarians.

Mr. Morishita said he hopes the province continues focusing on testing, including for people without symptoms, to catch cases early and to prevent additional outbreaks.

The Opposition NDP welcomed the news that more businesses in Calgary and Brooks would be able to reopening. However, the party repeated its call for the province to reimburse Calgary businesses who suffered losses owing to the abrupt decision to delay the relaunch in the city.

“These entrepreneurs need more than vague reassurances. They need support,” Joe Ceci, a Calgary MLA who is the party’s municipal affairs critic, said in a statement. 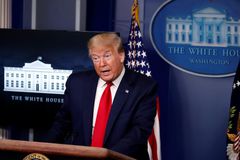 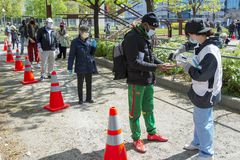